Does Facebook & Neuralink’s Latest Research Prove That Brain-Computer Interfaces Can Be Mass Marketed? 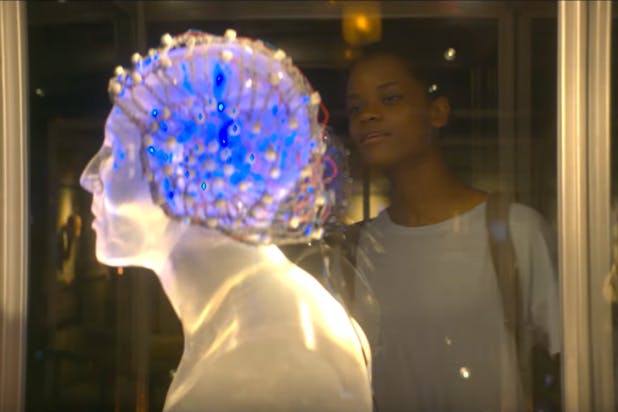 Earlier this month, Elon Musk had revealed his ambitious plan to connect human the brain with a computer artificial intelligence. He plans to do this with Neuralink, a company which is developing a hush-hush brain-machine interface. The plan is to the implant electrodes into paralysed humans to enhance their capabilities and help them control phones and computer.

Facebook has now entered the league of brain-machine interfaces as it recently announced financing the extensive research by the University of California, San Francisco (UCSF) to carry out research on human volunteers. Facebook has been ambitious about its plans for brain-reading computer interface since 2017 when it had announced that it wanted to create a headband that would let people type words just by thinking.

With the funding of research at UCSF, Facebook is supporting the researcher to develop speech decoders that will help in determining what people are trying to say by analysing their brain signals. The wearable brain-control device will help in getting data directly from the minds of the people.

The researchers are accomplishing this by implanting electrodes into people’s brain. They have been till now able to demonstrate a method that quickly reads whole words and phrases from the brain, which brings Facebook closer to its initial dream of a noninvasive thought-typing system.

The research led by neuroscientist Edward Chang uses sheets of electrodes called ECoG arrays that were placed directly on the brains of volunteers who were the disabled person with speech impairment. The volunteers were undergoing brain surgery for epilepsy. They were implanted with a small patch of electrodes on the brains to monitor brain activity.

During the experiment, the volunteers listened to multiple-choice questions and spoke the answers out loud. An electrode array recorded activity in parts of the brain associated with understanding and producing speech, looking for patterns that matched with specific words and phrases in real-time. They were asked the following questions:

The research is still ongoing and the end goal is to be able to create a wearable headset that lets users control music or interact in virtual reality using their thoughts. Facebook aims to demonstrate the prototype portable system by the end of the year.

Elon Musk recently conducted a presentation to brief about Neuralink’s work and its plan of recruiting for the project. With Neuralink he hopes to see a laser beam getting through the skull rather than drilling holes. There are reports of early research being conducted with neuroscientists at Stanford University. They hope to have this in a human patient by the end of next year. The ultimate goal is to have a symbiosis with artificial intelligence.

Having planned on Neuralink years ago, the aim is to implant a device in people who have been paralysed to allow them to control their phones and computers in a way that resembles telepathy. The system can currently include as many as 3,072 electrodes per array distributed across 96 threads.

Can Brain-Computer Interfaces Be Mass-Marketed

While Facebook and Neuralink have ambitious plans with their brain-computer interfaces coming into existence and revolutionising the way the people with disabilities can communicate, the question is could this tech be mass-marketed or is it just a pipe dream?

If we look back into the research that has been done in the brain-computer interface market, there are many players who have been trying to tap into the market apart from the bigger names such as Facebook and Neuralink.

NextMind, the fast-growing neurotechnology startup raised $4.6 million in funding last year. It is developing a groundbreaking, noninvasive, AI-based brain-computer interface that will allow users to play games and control electronic and mobile devices, including virtual and augmented reality headsets, in real-time using just their thoughts.

There are several other startups that are giving a tough competition. MIT also has Alter Ego, which allows people to talk to machines and other people without saying or typing anything. This non-invasive, wearable, peripheral neural interface allows humans to converse in naturally with machines and other people without any voice. Other initiatives such as OpenBCI provides an open-source platform for researchers to conduct brain-computer interactions.

All these instances suggest that work in the brain-computer interface has been going on for decades and has definitely picked drastically in the last few years. While it has not reached the masses yet but the prototypes have been deployed and have been undergoing tests for long.

The global market size for the brain-computer interface is expected to reach USD 1.72 billion in 2022 which tells us about the pace that it has picked up. As the prevalence of neuroprosthetics have increased and there have been significant developments in the machine learning and artificial intelligence space, it has opened up the developments for paralytic patients and it wouldn’t be unreal to see these products being popular among the masses. The experimentation with new devices will definitely make it a better world for them.