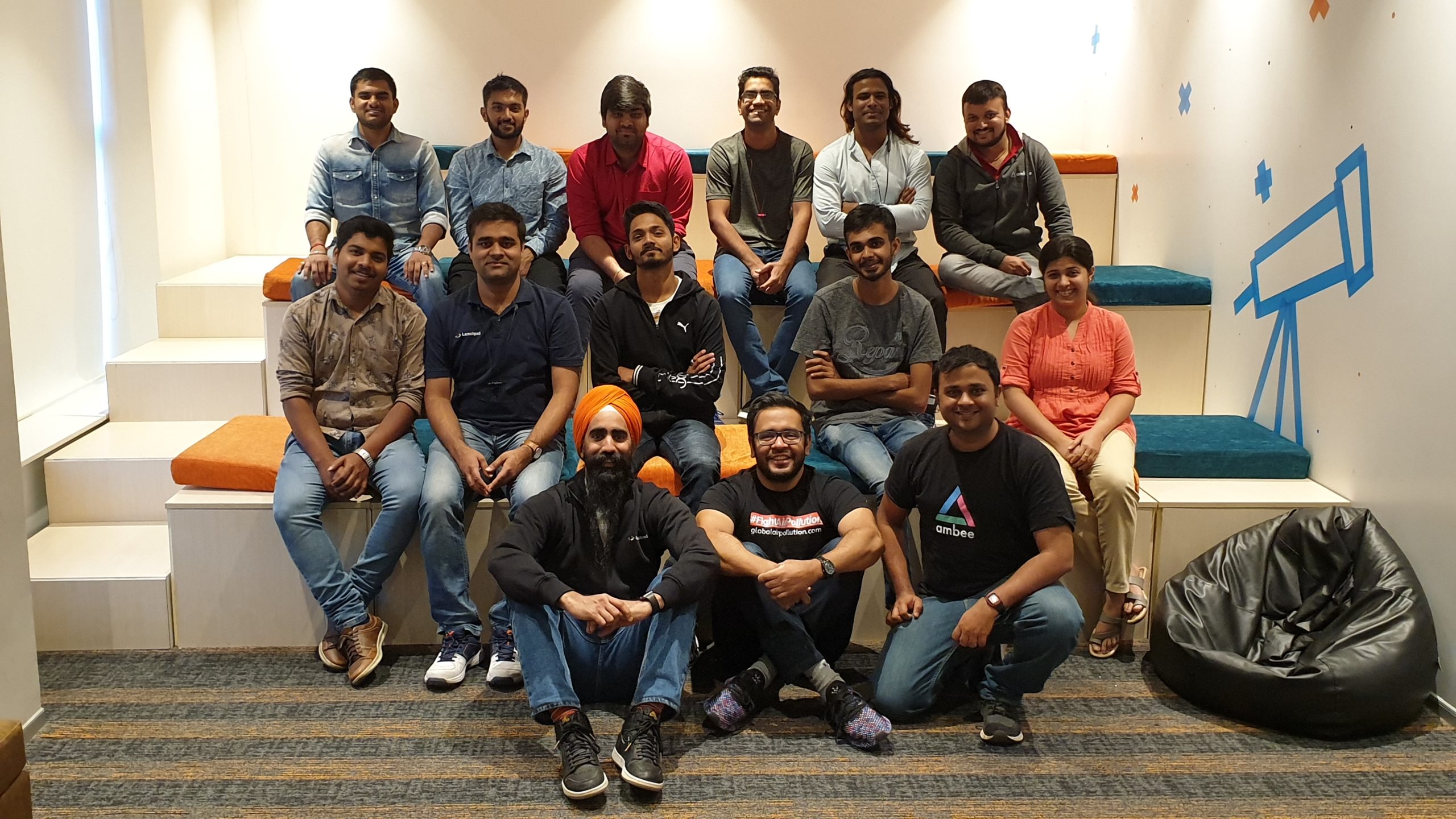 In India, environmental intelligence is new, and startups solving for climate change and planetary health are just a handful and are at early stages. The air quality index in most Indian cities, especially New Delhi, Ahmadabad, Mumbai as well as Pune, is above the government’s indicated healthy range. Despite these alarming statistics and facts, there is little being done to combat pollution and solve this crisis. There is hardly any reliable data for a common man to understand and gauge the quality of air in his/her immediate surroundings.

In order to combat such issues, Bangalore-based environmental intelligence startup Ambee aims to empower the common man with data about hyperlocal air quality in real-time that can help them understand the impact of air pollution, take precautions and find solutions.

Founded in 2017 by Akshay Joshi, Madhusudhan Anand B and Jaideep Singh Bachher, Ambee is an environmental intelligence startup that measures, processes and analyses hyperlocal air quality data in real-time.

Ambee builds data products across a variety of sizes and requirements. The company has an API product, which works on a standard subscription model and is used across industries, from large corporations to solo developers. They also build custom products across multiple sectors, such as in insurance, Ambee is partnering with insurers to bring out a product that uses the environmental data to understand the risk, among others.

Responding to how the products are different from others in the market, Joshi said that the levels of accuracy and spatial resolution of Ambee are currently unmatched. He added, “We’ve been through detailed trials and verifications, with both customers and regulatory agencies, where we’ve proven our solution. This adds huge value – businesses that use our data to build products always require the highest levels of reliability and accuracy.”

How Ambee Is Using AI & ML

According to the founders, the proprietary algorithms are spatial interpolation versus ANN/RNN interpolation over a custom algorithm. Madhusudhan stated, “We have developed an in-house training model with years of data to utilise parameters, such as weather and temperature, wind speed, the direction of the wind, population density, etc.

This model can predict the air quality at a much higher accuracy helping people get a real-time understanding of the air around them. This allows them to take necessary actions, create interventions and save time and money.” He added, “We have also launched India’s first hyperlocal pollen API, that is witnessing a lot of interest from wellness and therapeutics companies.”

The core technologies and tools that are being used at Ambee are:

Talking about the company’s hiring process, Bachhe stated, “We have a rigorous hiring process spanning multiple rounds of calls and tasks. Cutting-edge knowledge is always good to have, but the humility and ability to learn is of supreme importance.” He added, “We’ve also noticed a great positive correlation with anyone who’s ever trained in anything formally – from an art to a sport. This is a great indicator of having focus and discipline, as well as a more rounded personality.”

Ambee is already working with a combination of large and small enterprises across the world, and the company is expecting to ramp up in the next 24 months. The founders concluded that they are currently building interesting products across the gamut of environmental intelligence, working with some of their partners.