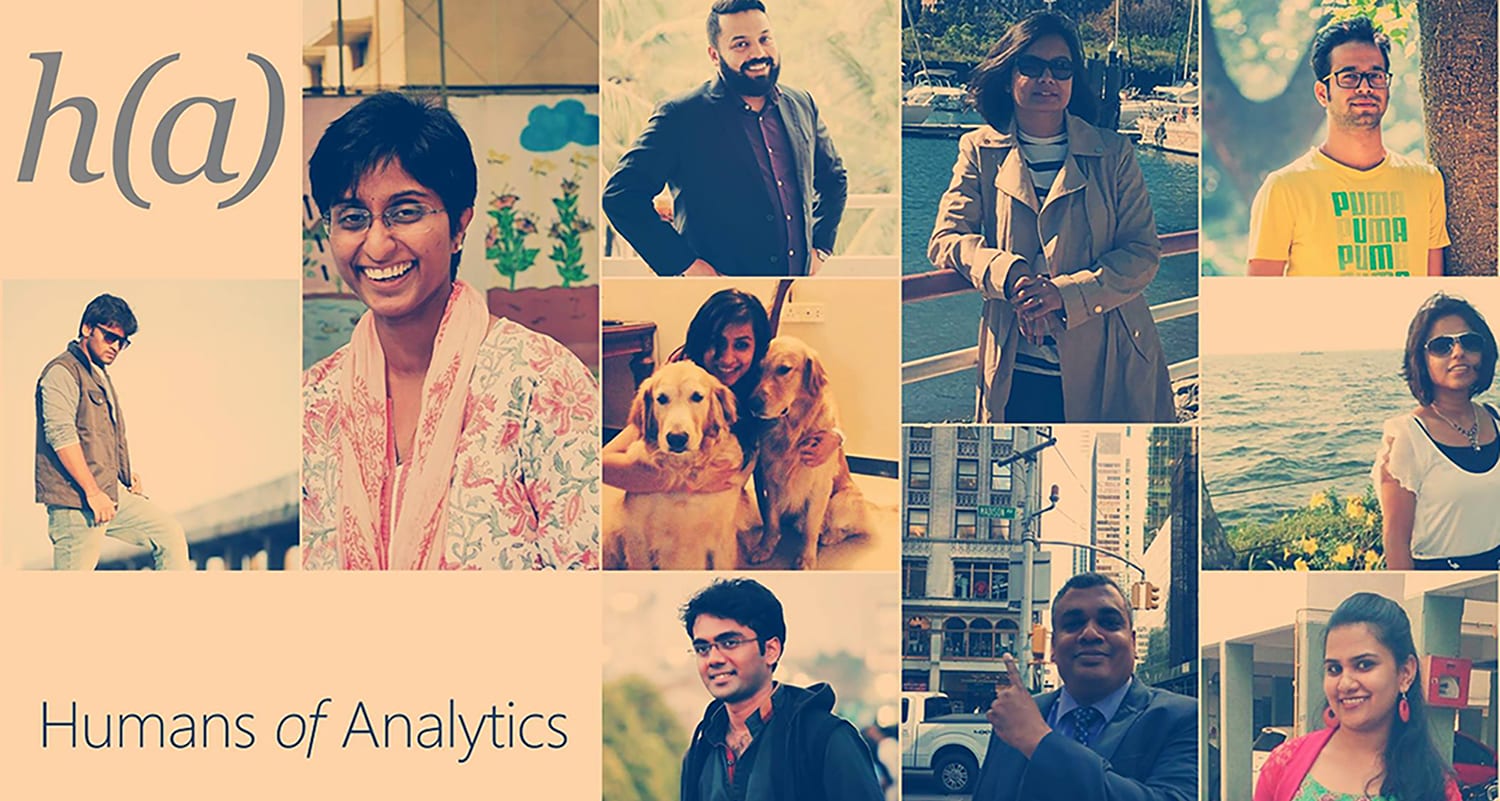 It was in 2010, when a photographer named Brandon Stanton started clicking pictures of people living in New York and shared their stories on Facebook page titled—Humans of New York. Later, it was Karishma Mehta who took the internet by storm by her page– Humans of Bombay, that featured the stories of people in Bombay—covering their success, failure, hopes, inspiration, dreams and heartbreaks.

Drawing an inspiration from these two pages, there came the inception of—Human of Analytics in 2016, that aims to capture stories of people dealing with analytics. For the Humans of Analytics team, the idea came about by chance. The HoA, team says, ”Analytics industry is full of people who can create magic with data and numbers, and when it comes to the ‘’humane’’ side of the professionals, it’s hard to ignore their inspiring saga of success and struggles.”

Analytics people and their stories-

Aspiring to cover the lighter and brighter side of these sturdy analytics folks, the HoA team meets and interacts with people who have got amazing stories to tell. “With so many inspiring stories it’s hard to pick the best”, says the HoA team. Right from the story of analytics professional, who had a number of health complications and professional fallouts (Pankaj Bagri), to stories of women who have broken the glass ceiling by shattering all stereotypes, this page has a lot to offer.

“Despite the struggles and challenges, Bagri came out stronger than ever before with his sheer determination. He is one of the top influencers in the analytics industry today and his complete story by HoA can be read here”, shares the HoA team.

Another story is that of Ujjyaini Mitra, that gives major goals on making things happen against all odds and following one’s passion ardently. Coming from a protective family, leaving home at a very young age to pursue her dreams and landing into the world of numbers, her’s is an inspirational story covered by HoA. Read her full story here.

The page that started as an experiment has now close to 1450+ followers. Humans of Analytics believes in the fact that when people grow up, age becomes their responsibility, they get confined and matured. However, in the process of moulding into highbrow corporates, most professionals end up losing the crazy and carefree child inside them. Humans of Analytics is an initiative to bring out that part of their demeanour.

“HoA aims to bring out the human side from the sturdy professional disposition and make them play that instrument that has been hiding in the closet for years, paint the canvas again, run to the woods, stand on the stage or simply laugh their heads off”, says the HoA team.

With 30+ published stories of entrepreneurs, innovators and changemakers till now, HoA is providing regular doses of inspiring stories to analytics folks. It has become a medium for analytics professionals looking to share their stories and inspire inspire young individuals and provoke conversations that matter. Enjoying every bit of the project, they like to be mediators of these stories and the fact that the team can weave untouched side of the story of analytics professionals, keeps them pushing hard to cover them.

“Every person in the analytics industry has some story that they want to share. The important thing is to focus on the simple pointers that can bring about powerful doses of tales and laughter. The team is looking forward to seeing more analytics professionals open up to share larger and deeper aspects of their lives”, the HoA team says on a concluding note.