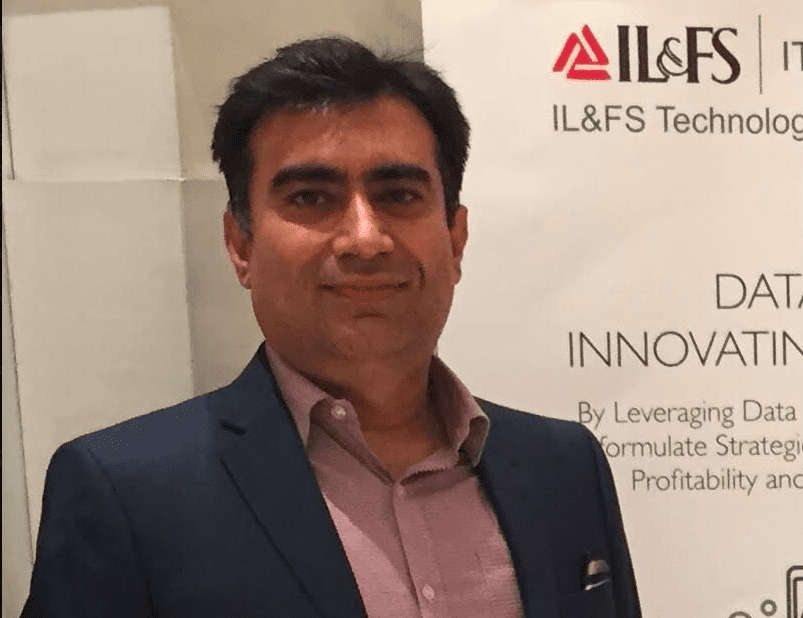 IL&FS Technologies Ltd. (ITL), part of the IL&FS group, has more than a decade of experience in providing the best-in-class IT solutions for efficient citizen service delivery and smart governance, through smart infrastructure. With established practices in E-Governance, Land Governance, Smart Infrastructure & ERP. They recently set up Advanced Analytics practice (in the later part of 2015) to cater to other verticals such as BFSI, Healthcare, Background Verification.

Rajiv Diwan heads the Advanced Analytics Practice at ITL and is responsible for both customer acquisition and defining solution offerings of the Practice. He has setup the CoE on Machine Learning from scratch at ITL and has been instrumental in penetrating into new verticals for ITL; including BFSI and Background Verification. In an interaction with Analytics India Magazine he says that the advanced analytics practice was setup with two objectives in mind — firstly to leverage data science in e-governance solutions; thus providing value add to its customers and gaining advantage over competition. With a strong data science team, they are facilitating analytics and data science solutions to industries in lending, BFSI and smart governance; which was the second agenda – to penetrate into newer verticals & geographies. In this candid conversation, Diwan shares how they are helping organisations solve problems with a different approach; where solutions are not limited to addressing just technology problems, instead they focus on providing business outcome. “For instance, we suggest companies to use machine learning instead of conventional methods to solve technology problems. Where the focus is on generating insights from the data, and the data related technology problem gets solved as a by-product”, he shares.

AIM: Would you like to tell us about some of the use cases of how your clients have been benefited with your analytics and data science solutions?

RD: There are some interesting use cases in government. We worked with a state government to build models for several state departments including revenue, health, and education department. They were doing revenue forecasting in a very manual approach. What we did for them was do a POC and understand how they can use data science to develop model that does revenue forecasting based on past revenue data. We also suggested them to look beyond and leverage data from other departments as well. This way they could also keep track on other external factors like rainfall, industrial output etc. Our task was not just to get them to use data science as a new way of solving the problem, but also to setup a centre of excellence for data science. So, the output we gave to the customer was not just monetary development but also a report on road map of how intra-department data sharing and data exchange can happen.

Another use case is in BFSI. We built a model for a public sector bank where they wanted to understand why some of their high net worth individual customers were leaving them and they were noticing a decline in their CASA (Current Account Savings Account) ratio. We did a pilot for them and the data scope was limited to the internal transactional data they had in their data warehouse. We thought of going beyond and decided to not only tell them what are the factors and attributes that are common in some of the high net worth customers that are leaving them, but also build a model that could predict the likelihood of a customer churn.

In lending industry, we helped build a customer a model that could tell them about the credit risk, that is important to determine when a customer is applying for loan. Now, they don’t have to do the underwriting process manually as we have made it automated.

Going forward we would be investing in this space to build solutions that provides credit scoring for people who are under banked or low salaried income. It’s a challenge for banks to determine their creditworthiness. So our data science team is trying to build solutions that look at alternate sources of data and as we speak we are trying to tap social media, so that banks can have fair idea of applicants’ behaviour and their credit worthiness.

AIM: Would you also like to tell us about the tools that you and and your data science team use while facilitating these solutions?

RD: To build our model we mostly use Python or R. To do visualisation we use ggplot or Tableau. We work very closely with SAS. We are partnered with all leading analytics OEM, including SAS.

AIM: How big is your team? What are the skill sets that you look for while hiring for your team?

RD: Our team is split into two parts—one is practice team, that essentially drives the practice in terms of the areas to focus on, such as products and solution, which is five members strong. Then there is a delivery team where we have people with technical skillsets such as with Python, R, Java, SAS. This is about 15 members strong.

We are constantly looking to hire people in our data science team and we look for candidates especially from NITs and IITs, who are curious, enthusiastic and self driven. We give most amount of stress on the intelligence of the person. What I mean by saying it is that we want data scientist to be able to appreciate the business. A data scientist cannot be totally disconnected from the business, because essentially I feel they are the storytellers. They must have a deep understanding of the problem and be able to do extensive research.

AIM: What are some of the projects in smart cities you are working on?

RD: The current ongoing smart city project that is at Naya Raipur for NRDA, where we have implemented all the devices and components. Once we start receiving data from these components, it will roll down to integrated command control system. This is where city management team would be able to view what is going on across various functions in the Smart City, in a real time basis.

We are also working to build data science solutions, with an eye on numerous upcoming opportunities of implementing Smart City solutions. There is a separate data science team that is continuously working on developing ready solution for smart cities. Once these are developed, any third party can buy the solutions from us. Smart city is still fairly recent in India and while there are a lot of BI and analytics solutions that are readily available for it, but there aren’t any robust data science models that are available. This is largely due to the fact that actual smart city devices data isn’t readily available yet. We are trying to use our early mover advantage in the Smart City space and build robust data science models that has been built and tested with actual live smart city data.

AIM: What are the challenges that you have faced in your analytics journey? Would you like to highlight few of them?

RD: One if the most important challenges we face is in terms of geography. There are many organisations that do similar work as us but they usually work with other geographies in the developed regions, where there is a sense of maturity in terms of benefits of using data science and analytics. We have picked up perhaps a difficult geography i.e. India; where adaptation of data science solutions by businesses is still catching up with the rest of the world.

The problem began internally itself when I had to convince our own management that instead of expanding in data warehousing and BI, let’s explore data science. But it has been an interesting journey. Although the success rate in terms of percentage of revenue generated by Data Science is relatively much smaller than some of our other practices, but we are fairly encouraged with the response that we have received so far and the kind of problems that we have solved, which makes the struggle worthwhile.

AIM: What is the roadmap for analytics and data science for the year 2018?

RD: While we continue to service our customers in government, BFSI and lending space, our focus in 2018 would be at product development. As we have worked with customers in specific verticals and built solutions for them, we have identified the kind of products to develop. The broad areas we have identified are in credit scoring area in the lending vertical, where we aim to develop robust solutions that can work not only for customer with extensive amount of financial readily available data but also for the young professionals that are largely unbanked or recently banked or for people for lower salary bracket. The other area is Smart Cities. These are the areas we want to invest in. So, I would say 2018 is aimed at serving data science to our customers.