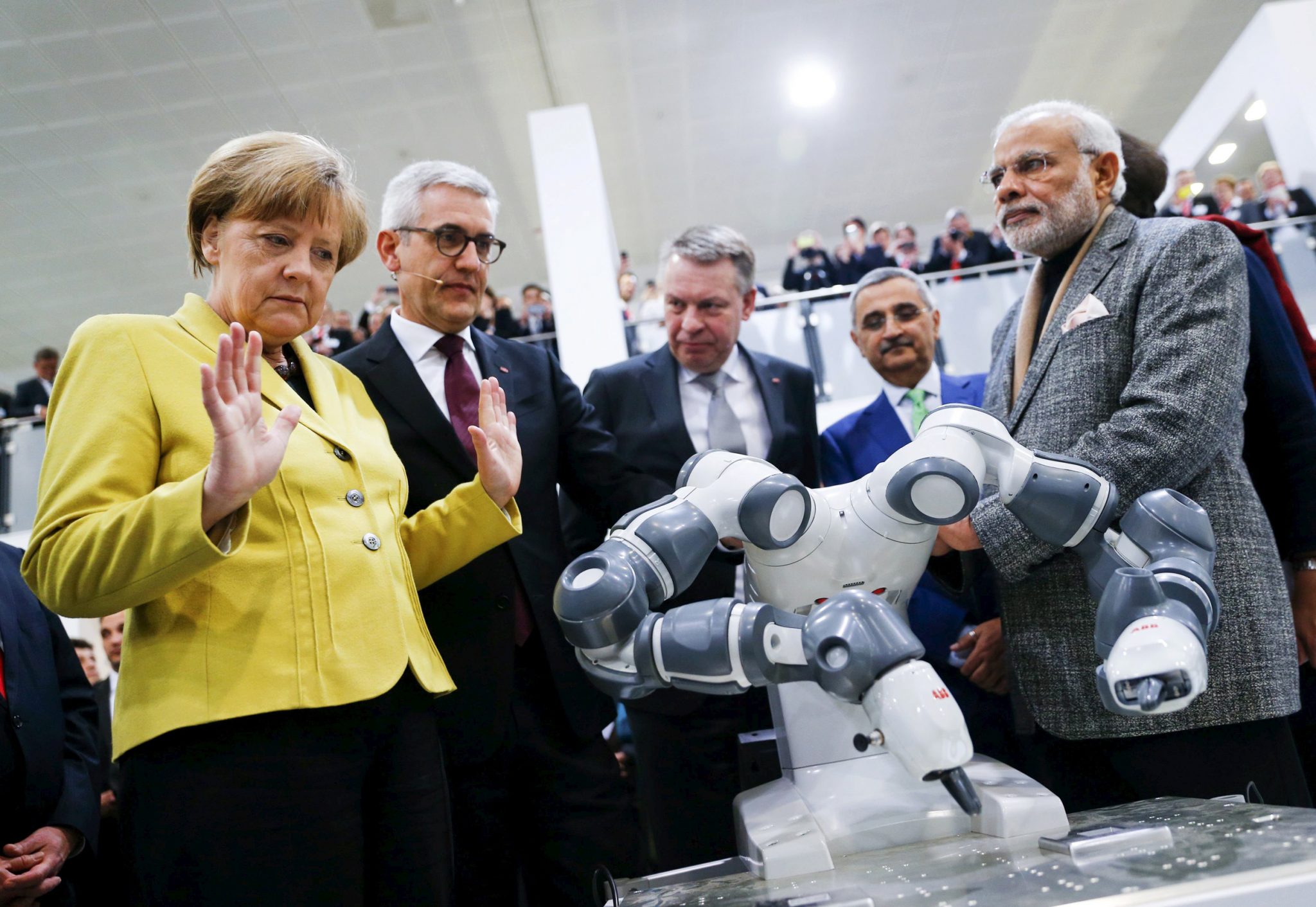 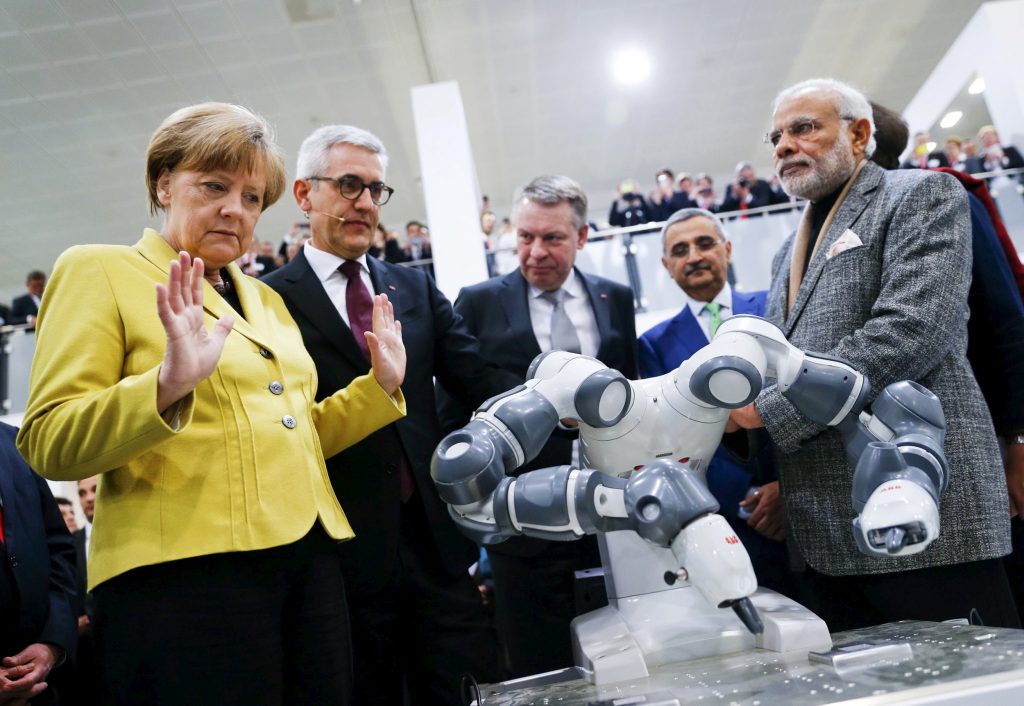 Studies around artificial intelligence clearly show that not only US and China, but every country wants dominance in artificial intelligence through technological breakthrough. It has triggered an overwhelming response from the countries who want to be at the centre of this progress. Russian President Vladimir Putin rightly predicted last year when he said that whichever country comes to lead AI would be the ruler of the world.

While the world is on a cusp of an Industrial Revolution 4.0, India is gearing up to join the global AI race. India has formed a  formed an 18-member task force committee to deepen its capabilities in AI, big data, robotics and embed it in its social, economic agenda. Within seven months, the committee submitted its preliminary report. It has recommended to set up a national artificial intelligence mission to act as a nodal agency to coordinate with all AI-related activities in the country and recently, it also recommended a ₹1,200 crore corpus for five years under the Budget for the mission.

Apart from doubling the budget allocation for Digital India programme to ₹3,073 crore, Finance Minister Arun Jaitley, in the budget, had asked NITI Aayog to initiate a national programme to direct government’s efforts in the area of AI. With the government’s direction, NITI Aayog will soon come out with a national policy on artificial intelligence. The policy is expected to layout short-medium-and long-term goals to be achieved by 2022, 2026 and 2030.

The government is also planning to build a national data and analytics platform in collaboration with private players to harness the huge amount of data with the help of AI.

The advancement of AI has created a surprising nationalistic fervour as various countries seek to rally support for their vision. But the real question lies who will lead the way in the AI race? We take a look at the countries that have adopted similar strategies to establish a strong base in AI.

What France Is Doing To Step Up AI Efforts

In order to catch up with US and China, French President Emmanuel Macron laid out a new national strategy for artificial intelligence in France last week. In the new AI strategy, the country is trying to leverage many of its assets to bolster innovation and development. The French government will spend $1.85 billion over five years to support research in the field of artificial intelligence, encourage startups and collect data that can be used and shared by engineers. The policy document recognises that the French academic research is at the forefront of the worldwide exploration on mathematics and artificial intelligence.

The strategy document recommends that French institutes should heavily invest to increase the supply of attractive and diversified AI training programmes. To attract more foreign talents in the country, France plans to increase the salaries of the researchers. It plans to set up a public lab for labour transformations. The strategy document also recommends to set up professional training worth 32 billion euros per year.

Additionally, Paris is gaining ground to become the European hub for research with Google, Facebook, Samsung, IBM, DeepMind, Fujitsu plans to beef up their operation and pledged to hire staff and invest in labs.

“I think artificial intelligence will disrupt all the different business models and it’s the next disruption to come. So I want to be part of it. Otherwise, I will just be subjected to this disruption without creating jobs in this country. So that’s where we are. And there is a huge acceleration and as always the winner takes all in this field. So that’s why my first objective in terms of education, training, research, and the creation of startups is to streamline a lot of things, to have the adaptable systems, the adapted financing, the adapted regulations, in order to build champions here and to attract the existing champions.” French President Emmanuel Macron said in an interview to a report.

In January, France and Germany also pledged to develop joint strategies and projects to meet the AI challenge. Germany is also committed to set up its own research unit and a joint AI centre with France.

With an aim to become a major hub for developing AI techniques and legislation, UAE launched a strategy for AI last year to boost government performance and boost the rate of accomplishing achievements. The first of its kind in the region, their AI strategy covers numerous sectors and services in its vision to develop new AI tools to be a part of government work.

The strategy aims to make UAE the first in the world in the field of AI investment in various vital sectors, as well as create a new vital market with high economic value. It has become the first country to appoint a minister for artificial intelligence last year. The country has reportedly poured billions of dollars into AI tech startup incubators. Various reports indicate that the country’s futuristic efforts are centred on Dubai – a cornerstone of innovation with plans underway for a Mars Science city, Hyperloop transportation system and pilotless flying taxi services. The country is already home to robot cops and flying firefighters.

The country has recently adopted the formation of the UAE Council for AI to ensure the implementation of AI across various sectors and plans to make UAE one of the best countries in the world by 2071.

“In 10 years we will be the capital of AI in service and government. I also think we will be a hub for AI in the region. AI is a very interesting field right now, it’s very broad right now, so every country is going to look at specializing in their own field,” UAE’s minister of state for artificial intelligence Omar bin Sultan Al Olama said.

The Monetary Authority of Singapore is developing a guide to promote the responsible and ethical use of AI and data analytics by financial institutions.

Last year, Singapore launched a national programme in AI that will bring together all Singapore-based research institutions and vibrant ecosystem of AI startups and companies together to develop AI products and create the tools and develop the talent to power Singapore’s AI effort. The National Research Foundation will be investing up to $150 million into the new national programme. The country also plans to form a data science consortium to help the industry to adopt data science and analytics technologies to address real-world challenges.

China’s Plan To Become A World Leader In AI

“Open-source platforms are needed because AI can play a bigger role in the development and make it easier for entrepreneurs to have access to resources,” China’s science and technology minister Wan Gang said.

The country has already outstripped all nations in investment in technology, creating AI talent, issuing supportive government policies and also a home to the world biggest AI companies. Today the country has a rapidly growing pool of AI talents, publishes the most frequently cited research papers and has the best universities that can compete at a global level.

25 European countries signed a deal to form a ‘European approach’ to artificial intelligence in order to compete with the American and Asian tech giants. Representatives from all the European countries except Cyprus, Romania, Croatia and Greece, made a pact to work together on some of the most important issues raised by AI with respect to research, deployment and social, economic, ethical and legal questions. However, the group has not promised a specific amount dedicated to new investments as of now. These countries are also shifting their public and private sectors towards AI progress by earmarking public funds and nudging companies to invest in technologies like robotics and medical applications that process huge amounts of data.

Has India Become A Hotspot For AI And Analytics Research For MNCs?