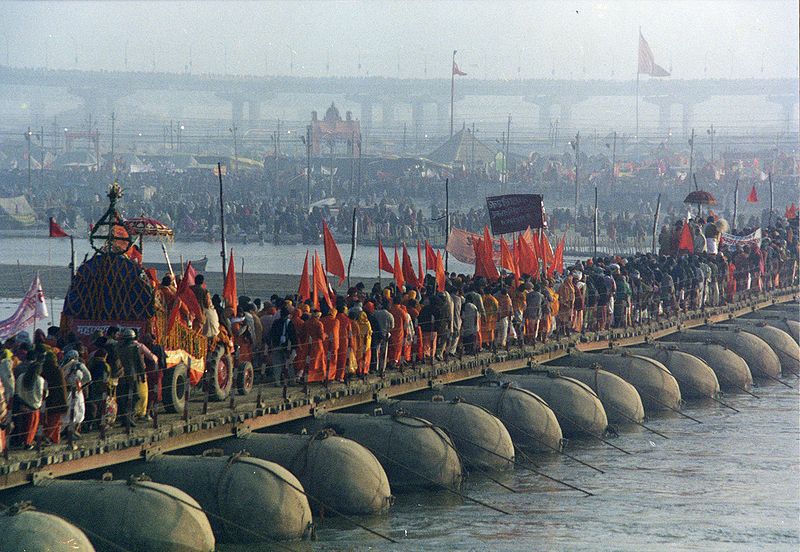 The Indian Railways are set to use future-forward technologies like artificial intelligence and data analytics to manage the throng of crowds which are to visit the upcoming Kumbh Mela.

The Railway Ministry is also planning to deploy 800 special trains for the pilgrims going to Prayagraj (Allahabad) for the event which will last from 15 Jan to 4 Mar 2019.

According to reports, the RailMin is going to use IBM Intelligent Video Analytics will for crowd control at stations and its adjoining areas during the Ardh Kumbh Mela.

Rajeev Choudhury, North Central Railway General Manager, told a newswire, “We will be using the technology in a significant way to facilitate crowd movement in a smooth way. While IBM will provide video analytics service using AI for crowd control, there will be a large number powerful CCTV cameras to monitor the situation and LED screens for displaying information.”

Earlier this year, Ramit Sharma, Inspector General Police Allahabad Range, had spoken to Analytics India Magazine about how the Indian Police has been using AI for sentiment analysis and resource allocation. Sharma has been at the forefront of technical application in the IPS.

The Railway Ministry is also set to launch Kumbh Rail Seva, a new mobile App, to disseminate information for users.

The Kumbh Mela is the world’s largest religious event, which is expected to attract over 100 million people — a number higher than the populations of most countries on earth.

Piyush Goyal, Union Minister for Railways and Coal had earlier said that AI would be used as a “tool” for the betterment of services. “AI can transform Indian Railways in terms of safety, passenger amenities, better revenues, growth and efficiency,” he had said. Goyal’s statement, “AI has to be harnessed to find digital innovations for better customer interface and better service delivery. AI is about creating trains with brains,” was met with critical acclaim.

Why Capstone Project Is The Backbone Of Data Science Education

Intelligent Systems Are Boosting India’s Transport, But Is That Enough?