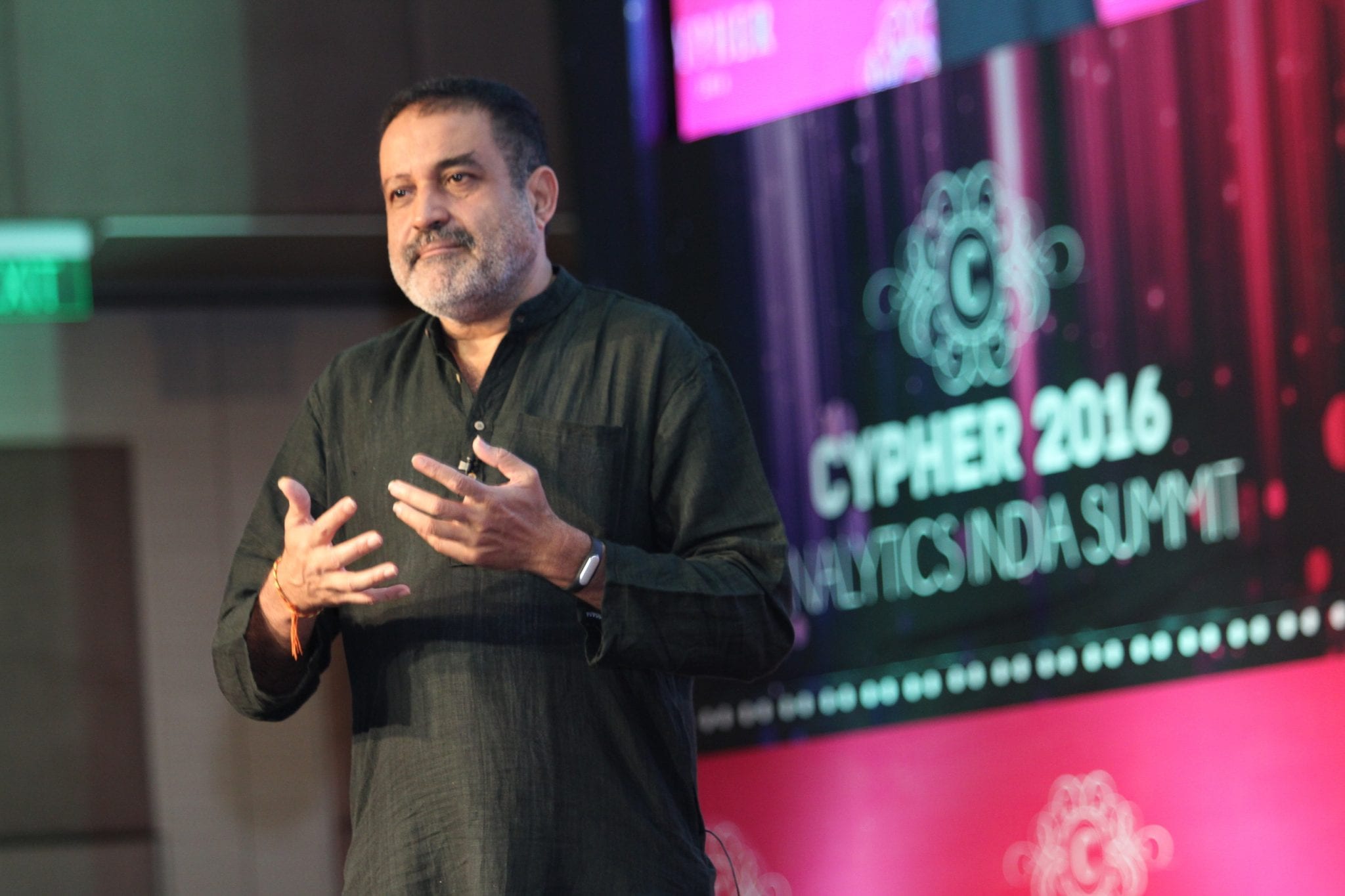 Cypher 2016, second edition of India’s largest analytics summit concluded on 17th September 2016. The event scheduled for 15-17 September in Bangalore was quite a huge success despite all the unrest in the city over Cauvery Protest. Almost 450 people from all around India and globe attended the event to be a part of the most exciting analytics event of the year.

The highlight of the event was the breadth and depth of its content which touched every budding aspect in the field of analytics, data science, big data and IoT. The event saw almost 25 in-depth sessions taking place each day with all of these sessions being bifurcated into 3 parallel tracks – Keynote Sessions, Knowledge Talks and Workshops giving its participants a thorough knowledge of the present and future of analytics industry.

Cypher 2016 was graced by the leading names of the Analytics industry. The event brought together 90 valued leaders from the analytics industry to speak at the event and enlighten the aspiring participants. Mohandas Pai, Chairman, Manipal Global Education Services and Aarin Capital, embellished the event with his Keynote session on the last day of Cypher.

Some of the most prominent names in the analytics ecosystem who attended the event were Deloitte, AIG, Cognizant, Reliance Industries, McKinsey, Flipkart, General Motors, Intel, Cisco, Brillio to name a few.

“A summit like this which brings the entire analytics ecosystem under one umbrella was a much needed thing in the industry and we are proud to have it put together.” commented Bhasker Gupta, Founder and CEO, Analytics India Magazine “ Cypher 2016 has been a great success despite all the uncertainties faced due to unrest in Bangalore. It has been successful mainly because of the quality and diversity of the speakers representing the analytics industry and the aspiring participants who attended the event. So a big thank you all those who were a part of the event and made it successful.”

This year’s Cypher provided it participants with an excellent opportunity to network with the leading professionals from the fields of analytics, data science, big data, IoT representing the entire analytics ecosystem. Cypher made this possible by arranging a special evening for all its guests.

An exciting challenge de-cypher was hosted at the event to test the participant’s data science skills. Held over a period of two days, the competition allowed the participants to test their modelling skills against the best in the industry.

Cypher 2016 took a step forward this year and collaborated with Great Lakes Institute of Management to recognize the best in the data science world today in India. The awards were given under 5 different categories as a concluding ceremony on the last day of the event.

Also on a lighter note the event had organized few competitions to keep the attendees engaging on their app and social media platform. With an overwhelming response from the participants, each day ended with the lucky winners winning some exciting prizes.

Rio Olympics 2016: All that is gold does not glitter; at least not on social media

Become A Thought Leader In AI And ML

Application Of Data Science In The School Education Sector