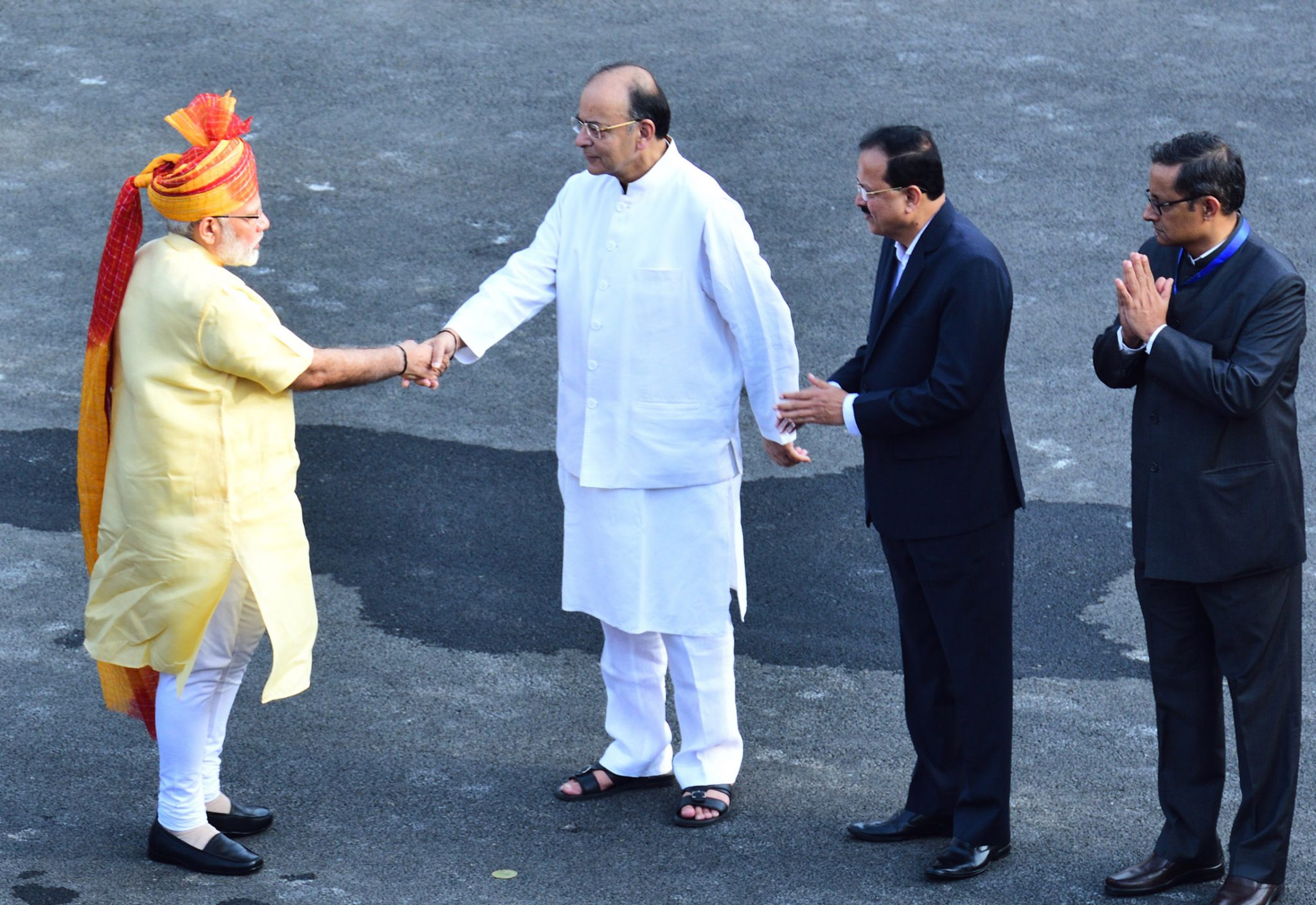 The digital revolution has had a significant impact on India and the JAM trinity — Jan Dhan, Aadhar and Mobile numbers — as succinctly put by Arun Jaitley, Finance Minister, has played a crucial role in it. These three projects have ushered a data revolution, changing the financial landscape of India and ensuring even the poor become digitally mainstream. JAM, has in a way helped reduce leakages and provided the government with more fiscal bandwidth, an IBEF report indicates. Now, a report by UKIBC, enunciates India is building its data protection policies and becoming a digital economy, on the basis of JAM. The report emphasises that India now holds the largest “personal data-cache in the world”, especially with the implementation of GST.

Clearly, a positive offshoot of JAM has been in making India a “data-rich country”, allowing India to maximise its data opportunity which we are seeing in the form of data localisation policy and India’s draft Personal Data Protection Bill 2018. It is also a clear indicator of the Government’s stance of using data as an enabler and applying it to India’s socio-economic issues and can pave the foundation for a digital economy. Let’s take the example of China, where data monopolisation has led to improved AI outcomes, India is now on a similar Big Data path, using data cache to revolutionise its businesses, economy and overhaul the public sector.

JAM trinity has been hailed for changing the financial landscape of the country, allowing India’s marginalised to access government benefits. On the other hand, it has also led to the emergence of micro-data which will be the growth engine for Indian businesses and its startup ecosystem.

To set the facts clear, the Personal Data Protection Bill, 2018 and the Data Protection Committee’s Report were released in July 2018 and contain the framework and the policymakers’ insight on the protection of personal data in India. The recent Draft e-commerce policy indicates the Government’s thought process on storing data in India.

The data localisation wave started with the RBI issuing a rule in April 2018, which mandated all-digital payment providers in India to follow data localisation policy. Under this rule, user data collected had to be localised within 6 months. Now, this data localisation rule is part of the larger proposed Personal Data Protection (PDP) Bill which is expected to be tabled after the 2019 Lok Sabha elections. The directive divided the industry into two camps — leading MNCs (for example WhatsApp that’s behind in implementing these rules) and India’s digital natives (Paytm) that have hailed the move as positive.

Since the proposed PDP Bill, there have been other rules, for example, the TRAI circular and the National e-Commerce Policy  which also underscores the ever-increasing importance of data protection and privacy. These policies are also in line with PDP in terms of data localisation and aim to regulate cross-border data flow, while enabling the sharing of anonymised community data, for example, data collected by IoT devices installed in public spaces like traffic signals or automated entry gates, the draft indicates.

Besides safeguarding user data and building a thriving Digital Economy in India, data localisation mandated under the new policy can help India strengthen its AI capabilities, and even help in protecting the nation’s security. The data localisation policy provides the right impetus to build a foundation for data hubs, digital innovation which can further spur AI development.

The growth of AI is dependent on data, and more the data, better the results. Hence, access to data can lead to the development of innovative solutions:

Beefing up digital infrastructure: Data localisation can pave the way for a strong digital infrastructure which can further the development of a strong AI startup ecosystem. In the competitive data-led economy, digital infrastructure will give India a strategic advantage as a digitally-native country and help companies exploit data to build solutions. Case in point, Chinese companies — for example, the BAT trinity have profited from the country’s iron-clad data localisation law that mandates that all the data such as “personal information” and “important data” collected or produced has to be stored locally.

Data aggregation is key to a flourishing ecosystem: Companies that are sitting on petabytes of data have a clear advantage in the AI game but data localisation can give smaller players a chance to compete with and build innovative solutions. Even in the public sector, breaking down data silos can help in developing integrated datasets which can be further used in public services.

Promote AI Research: One of the key mandates from the Indian Government is that a bulk of services have to be centred around AI, which means that premier educational institutions will work towards aligning research around social and economic goals and forge deeper partnerships with the industry and startup ecosystem.

The Government’s recent directive for localising data storage will bolster digital infrastructure, create jobs and is aligned with core components of a digital economy — deliver public services digitally and also promote digital literacy. From setting up data centres to server farms, the move will power a new wave of boosting physical infrastructure in the country. In addition to this, this can also substantially improve last mile connectivity in rural areas and spread digital literacy.

How To Create An ‘Unhackable’ Computer For Ultimate Cybersecurity

Data Protection Bill To Be Watered Down, Only ‘Critical’ Data To Be Housed In India: Reports

India’s Data Protection Bill Will Now Be Tabled In June