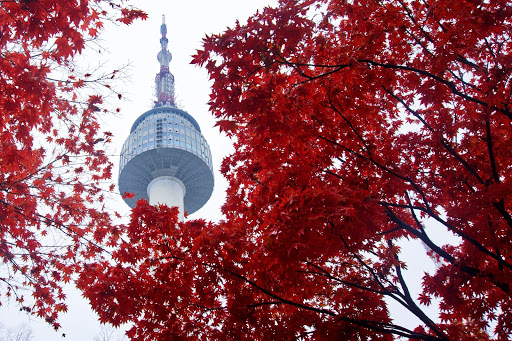 With leading consumer electronics companies like Samsung, LG, and Hyundai emerging from South Korea, the country has become one of the most sought after places for technology and consumer electronics. Over the years, the nation has made incredible progress to establish itself as a high-tech industrialised nation. Today, the economy of South Korean is the 11th largest economy in the world with a nominal GDP of $1.53 trillion.

Talking about technology, especially Artificial Intelligence (AI), many countries across the globe have invested heavily in AI and among all the nations, Asian countries are also emerging as a strong hub for AI development and application. The continent is aggressively pursuing AI and many AI-based firms across the continent are raising more money than ever before.

When we talk about advanced technologies like AI, China is a strong contender. In 2017, the nation released a program with a mission to become the world leader in AI by 2030. That is not all, the Chinese government announced that it is going to invest $2.1 Billion for an AI-focused technology research park.

With so much happening across the continent in terms of AI, South Korea is also becoming increasingly active. The nation is also ramping-up with the government agencies and tech firms pledging large-sized investments in their AI industry.

South Korea – Stepping In As A Strong Contender

Eager to kickstart its AI industry, last year, South Korea released an ambitious plan to invest 2.2 trillion won ($2 billion) by 2022 developing core artificial intelligence (AI) technology over five years with the aim of becoming a global powerhouse in the sector.

That is not all, again in last year, in response to a shortage of AI engineers in the country, the South Korean Government has released a plan to start at least six new AI schools by 2020 and groom 10,000 talents by 2023 in the area of computer software and artificial intelligence.

Having much support from the government, AI startups and businesses are also booming, building a strong AI ecosystem in the nation. And today, there is no doubt that the government of South Korean and companies think the same — AI is definitely a vital technology for the nation’s growth.

According to South Korea’s Ministry of Science and ICT (MSICT), all these are nothing but strategic moves to give China and the US a neck to neck competition. Also, the prime motive is to develop class apart technologies on par with the leading countries — the United States and China and eventually reduce dependence on them.

This is not the first time that the nation has made a big commitment to AI. In 2016, South Korea hosted the world famous match between DeepMind’s AlphaGo and Go’s world champion Lee Sedol, where the AI by defeating the champion proved that it is not just a generic computer program. South Korea has tremendous AI capabilities and is looking to position the country as a global contender when it comes to technology.

Apart from AI, South Korea is also known for having a  strong hand in the semiconductor vertical and industrial robotics technology. The chip industry of the country has a budget of 1 trillion won (US$1 billion) that is being used for the development of AI semiconductors. And this is not only helping the chip vertical but also enabling domestic chip makers to put greater focus on AI chip development.

Talking about hurdles, when it comes to technological innovations, challenges come as add-ons and South Korea is an exception. Even though the country has invested a significant amount of money in AI, South Korea is dealing with challenges like engineering talent gap for experienced, skilled AI talent. And that is the reason why the country is entirely focusing on building AI capabilities and skills.

At present, China continues to lead the AI industry in Asia — whether it is in terms of funding or number of startup. However, now as South Korea has also stepped into the arena, the competition is just going to get tougher. The South Korean government is taking every possible step to outwork its rivals and supporting the nations AI ecosystem. With so much happening, South Korea seems to be all set to give other nations a run for their money.

Why Bengaluru Is The Silicon Valley For AI Startups In India