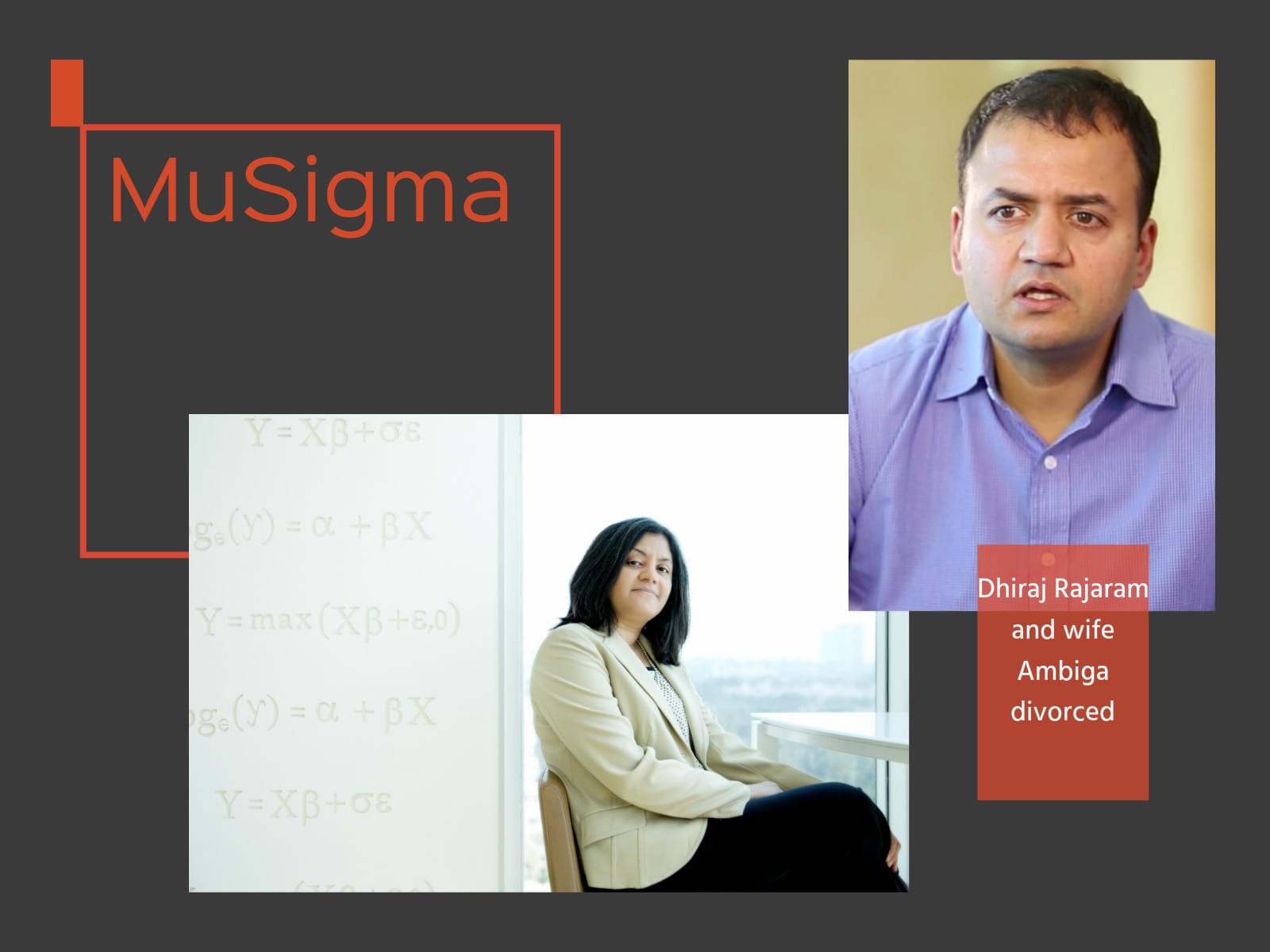 Just last month we reported about the troubles brewing inside the global analytics provider – Palantir. Little did we then know that another analytics giant has its own troubles back home.

In what may perhaps be the few high profile case of an entrepreneur couple ending their marriage, it has put at stake the business of one of the India’s handful of unicorns – MuSigma. The power couple of MuSigma, Dhiraj Rajaram & Ambiga Dhiraj, are headed for divorce and that certainly brings in anxiety and raises questions about the fallout of the largest data analytics company of the country.

In february this year, Ambiga Dhiraj, formerly Chief Operating Officer, took up the role of CEO with Dhiraj to continue in a full-time capacity and remain as chairman. In april, Ambiga was named among the eight Indian women on Forbes annual Asia’s Power Businesswomen list that aims to recognize the 50 most powerful businesswomen in the region.

For a company that is valued at more than a billion dollar, there are many concerns that could crop up – financial backing, business stability, an intact emotional space to list a few. Thankfully for MuSigma, it has gone beyond that phase of dipping into finances. And a big ovation goes to its successful business model and the faith by its investors. Sequoia Capital, General Atlantic Partners, MasterCard and Fidelity are the major investors in the company, with Sequoia, wanting to stay invested in Mu Sigma, and has raised nearly $200 million in funding.

Now coming to the business stability. Running a business being a stressful affair, entrepreneurs have to sternly stick on to their passion from dissipating in the face of stringent challenges. And with the uncertainty over the two not able to work together in the long term may be looked up as a setback to the overall business of the company.

While Rajaram and his wife are putting up a brave front, another concern comes in the form of emotional stability. Being the chairman and CEO of the company, they would have to work closely, the scenario which might get highly unlikely after a divorce. Though there is a tremendous amount of commitment to work, running a business requires emotional connect and rapport. Given the fact that both have been with the company from the beginning, a sense of ownership is natural. With any one of them deciding to leave might lead to the trauma of being cut off from something that has been an intrinsic part of their identity.

“It is true that Dhiraj and Ambiga have decided to separate. However, both of them continue to stay committed to Mu Sigma. Both of them have important roles to play in the company. Their personal situation will not affect their commitment to the purpose of Mu Sigma. We request that the media respect their privacy. There will be no further comment on the matter at this time”, said an official statement by MuSigma to AIM.

While the couple is trying their best to avoid the inevitable, there are high chances of it turning into a complex affair. In India, where analytics industries is highly fragmented with thousand of analytics providers, MuSigma is considered a giant. Just to give a sense of its success, MuSigma is currently three times bigger than its closest competitor. Created single handedly by Dhiraj, MuSigma is undoubtedly the biggest brand in the analytics industry in India and its trouble would obviously have a fallout on the industry as a whole. With the given scenario, we could only wish the couple coming out of the mayhem stronger and happier.

Mu Sigma gets a new CEO as Dhiraj Rajaram takes over