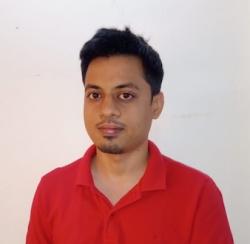 My bio: Manish Bhanushali works as a Virtual Reality Specialist…

What Is Robustness Gym?

In these polarized times, very few ideas find universal approval. Individual freedom is one of them. All of us agree that an individual has a right to freedom i.e., no one ought to dictate how we live and no one should be able to control our lives.

So we are instinctively apprehensive of anybody who has the power to do that. This results in fear and some cases hatred, of authority, which manifests itself in different forms: Teenagers wanting to break free from societal norms, Citizens wanting minimal interference of the Government in their personal lives, people’s fear of big corporations. Big corporations and Billionaires, especially, have been at the receiving end of an unusual amount of vitriol lately.

We often think of Big corporations or Big tech as ominous bodies who are exploiting us for profits. In our imagination, Big tech has no face, it’s just a dark cloud hanging over our lives and our future. This dark cloud is up to no good. It knows our secrets and controls our lives by telling us what we ought to think, eat, do, watch, etc. One day this cloud will swallow us. Big tech will cause the future to be like our favorite apocalyptic movie or book. Think Terminator movies and George Orwell’s 1984.

Or will it? Can it not reign in an era of equality, knowledge, justice? It is because of technology, and big tech companies specifically, that today we have all the knowledge imaginable available at our fingertips. The world is more connected than ever and there’s the availability of opportunities for all regardless of caste, gender, age, nationality. Is it not possible for us to imagine a future where it can be a force for good?

I am not prophesying, just asking you to consider the other possibility as well and look at the matter with a balanced perspective. By denying the Big tech the credit it deserves and distrusting it based on apprehensions and not facts, we could be denying ourselves the enormous possibilities it presents.

Big Tech an actual cause of concern?

Not just individuals but Governments world over as well have started questioning the influence of Big tech. The US is considering antitrust proceedings against the big four of the tech world: Amazon, Google, Apple, and Facebook. These companies are also going to face regulation issues with the EU. The core bones of contention are their alleged anti-competitive nature and privacy concerns.

Politically as well, social media companies like Facebook (plus its other networks like Instagram and WhatsApp) and Twitter are in muddied waters. Recently both banned Donald Trump from using their platforms. These social networking sites have at different points of time been accused of being biased toward the other side by both Left-wing and Right-wing and have often banned controversial people leading commentators to believe they are hampering freedom of speech.

However, it cannot be denied that Social networking sites along with other big tech companies have been hugely beneficial to people’s lives in myriad ways. So much so that services like Google, WhatsApp, YouTube, Facebook, and countless others have become an essential part of our daily lives and have helped many survive and get through the lockdown. It does not behove us to use them every single day and then curses them and boycott them for matters we have scant understanding of, just because everybody else is doing so and we do not want to invest the time into understanding the nuances or even the basic details of the matter.

Whenever we come across a news story or op-ed that is negative of a service we are using and that also happens to be offered by a Big tech company, often the knee jerk reaction is the desire to quit it. This could be either because we want to boycott it or there’s a vaguely disconcerting development.

This recently happened with WhatsApp. Facebook changed WhatsApp’s privacy policy and asked the users to accept it, or else they won’t be able to use it anymore. This caused a big furore amongst netizens and commentators and everybody started discouraging the use of WhatsApp all of a sudden. Users who saw this got scared and started considering quitting WhatsApp over privacy concerns.

So now there’s this whole ‘Quit WhatsApp, Join Signal’ situation and there are users blindly joining the bandwagon. Do these users actually know what has changed? Had there not been a fuss regarding this update, how many users would have quit? Does it make sense to blindly follow what others are doing and not consider what’s best for you?

WhatsApp still offers end to end encryption. It cannot hear your calls, read your messages, see your call logs among other things.

What has changed however is that Facebook will be able to access information like Battery level, app version, signal strength, etc through WhatsApp. But do users really know if they are already sharing this information with WhatsApp or not? The fact is most users don’t even know what information they are sharing with what services and largely do not care. Most users wouldn’t bat an eyelid accepting the new terms and conditions if there wasn’t such furore and if Facebook had not put the clause that one has to either accept the news terms and conditions or quit.

By this, I do not mean to say that new terms and conditions are not problematic. That users can themselves decide. However, we must act as informed consumers and weigh the pros and cons of availing the service whenever such a situation arises.

Consider the disadvantages of wholly getting off WhatsApp. It is the predominant messaging service in much of the world and almost everyone you know is on it. I am not even getting into ease of user experience and features. Point is to think and make our own decisions.

Big tech, like any other thing that holds excessive influence over our lives, will be targeted repeatedly. However, as consumers, we must decide what’s best for us and act accordingly.

We must not let others’ opinions dictate our lives.

My bio: Manish Bhanushali works as a Virtual Reality Specialist for a Media house based out of Hyderabad. He likes to read and take long walks.

What Is Robustness Gym?