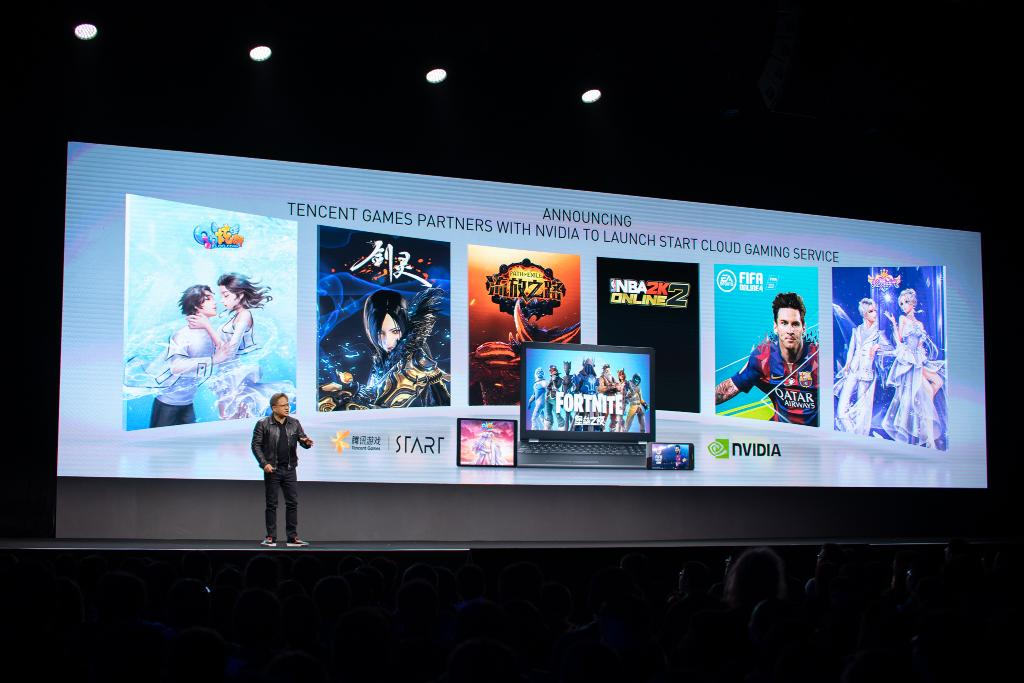 This week, at the GPU Technology Conference in Suzhou, NVIDIA’s founder and CEO Jensen Huang took the centre stage and announced a bunch of exciting developments. In his keynote speech, at Suzhou, two hours west of Shanghai, he touched on advancements in AI, robotics, automotive innovations, 5G and healthcare industries.

Here are few interesting revelations from the event:

TensorRT 7 is a one of its kind deep learning compiler designed to optimise and accelerate the increasingly complex recurrent and transformer-based neural networks automatically. This feature is a gift to AI-based speech synthesis applications.

This is believed to accelerate the components of conversational AI by 10x while driving latency below the 300-millisecond threshold.

Leonardo is a robotic arm with exquisite articulation created by NVIDIA researchers in Seattle. It is capable of responding tenderly to the actions of the people around it in real-time.

As the audience watched in awe, the robotic arm gently picked a yellow-coloured block from Huang’s hand and rearranged four coloured blocks with fine precision.

Robotics for high precision tasks is a combination of sophisticated simulation and training. In his keynote, Huang announced a new version of NVIDIA’s Isaac software development kit.

This kit is said to have achieved an important milestone in establishing a unified robotic development platform that facilitates AI and other simulation capabilities.

Nvidia announced launch of Orin, which is touted to be the world’s highest performance and most advanced system-on-a-chip. The makers promise a 7x increase in performance and 3x the efficiency per watt of Xavier, NVIDIA’s previous-generation automotive SoC. Orin boasts of 17 billion transistors, 12 CPU cores, and is capable of over 200 trillion operations per second.

Huang and NVIDIA plans to weave Orin into a stack of products that would be running a single architecture, which is compatible with software developed on Xavier and has the ability to scale from simple level 2 to full Level 5 autonomy.

In a major boost to self-driving car makers, Huang has announced NVIDIA will be providing the transportation industry with full access to its NVIDIA DRIVE deep neural networks to accelerate autonomous vehicle development.

This ecosystem also boast of the availability of a suite of advanced tools that allow developers to customise and enhance NVIDIA’s deep neural networks. These tools will also utilise active learning, federated learning and transfer learning, Huang said.

Added to the above, is the announcement of a major collaboration with Didi. Didi is one of the world’s largest ride hailing companies. Now it has announced to adopt NVIDIA DRIVE to bring robotaxis and intelligent ride-hailing services to market.

“We believe everything that moves will be autonomous some day,” -Huang

Adding to NVIDIA’s growing footprint in cloud gaming, in one of the year’s major collaborations, Huang announced that they would be teaming up with Tencent Games for cloud gaming. They would look to tap into the 800 million gamers base around the world with this collaboration.

NVIDIA GeForce RTX GPUs are capable of rendering gaming visual effects in real-time and this will add up to all the plans announced at GTC.

Huang also announced that six leading game developers will join the ranks of game developers around the world who have been using the realtime ray-tracing capabilities of NVIDIA’s GeForce RTX to transform the image quality and lighting effects of their upcoming titles.

“It took 15 years to sequence the human genome for the first time,” Huang said. “It is now possible to sequence 16 whole genomes per day.”

Since the first human genome was sequenced in 2003, the cost of whole genome sequencing has steadily shrunk, far outstripping the pace of Moore’s law. That’s led to an explosion of genomic data, with the total amount of sequence data is doubling every seven months.

In an aim to target a highly ambitious venture — personalised medicine, Huang announced that NVIDIA is working with Beijing Genomics Institute to develop toolkits for sequencing genomes and other related research.

BGI will use NVIDIA’s V100 GPUs to build the highest throughput genome sequencer. Huang believes that this project would potentially bring down the cost of genomics-based personalised medicine.

“The ability to sequence the human genome in its totality is incredibly powerful,” Huang said. He also announced the availability of the NVIDIA Parabricks Genomic Analysis Toolkit.

As the talk wound to close, Huang said that NVIDIA has added two major new applications to CUDA – 5G vRAN and genomic processing. With each, NVIDIA’s supported by world leaders in their respective industries – Ericsson in telecommunication and BGI in genomics.

The GTC Chinese edition has noteworthy announcement ranging from NVIDIA’s cloud gaming and recommendation systems to real-time conversational AI to 5G and genomics analysis and not to forget their focus towards autonomous vehicles, robotics, and more.