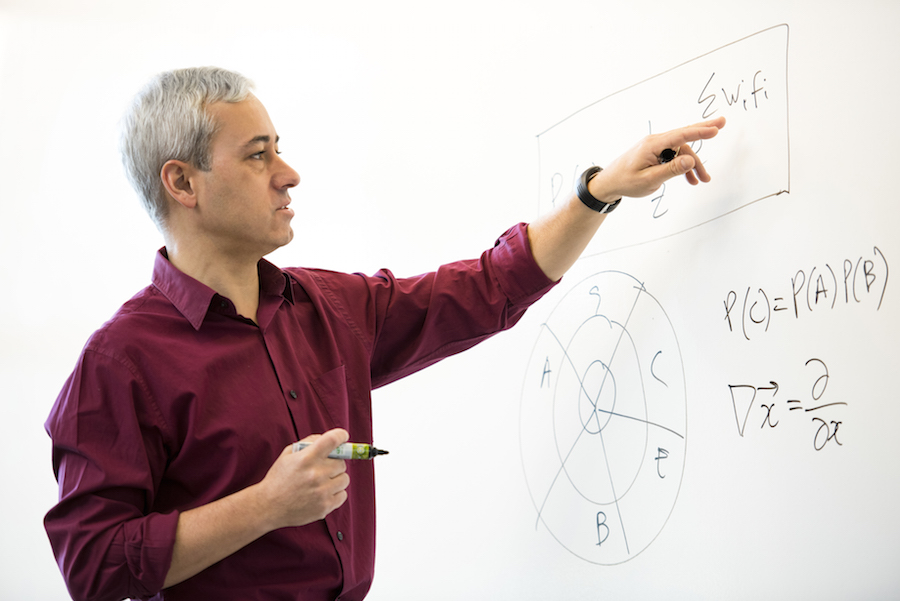 Over a career spanning more than two decades in the field of artificial intelligence, Pedro Domingos, Allen School professor, has made some spectacular contributions, which have had direct implications in the domains of computer vision, machine learning and robotics.

This week, Pedro Domingos has been selected for the prestigious John McCarthy Award for the year 2019. Hosted by the International Joint Conference on Artificial Intelligence (IJCAI), the John McCarthy Award is intended to recognise established mid-career researchers, typically between fifteen to twenty-five years after obtaining their PhD, that have built up a major track record of research excellence in artificial intelligence. He will be formally recognised at the IJCAI-19 in Macao this week.

The award is named for John McCarthy (1927-2011), an early pioneer of AI. McCarthy made fundamental contributions of lasting importance to computer science in general and artificial intelligence in particular, including time-sharing operating systems, the LISP programming languages, knowledge representation, common-sense reasoning, and the logicist paradigm in artificial intelligence.

Domingos is being honored by the IJCAI for his multiple contributions in machine learning and data science and for advancements in unifying logic and probability.

Here are few significant contributions of Domingos that ushered in an exciting new era through a series of research projects:

This work also received the Distinguished Paper Award at the 2015 International Joint Conference on Artificial Intelligence (IJCAI) in Buenos Aires.

Domingos received the SIGKDD Test of Time Award, along with his collaborator and Allen School alumnus Geoff Hulten, from the Association for Computing Machinery’s Special Interest Group on Knowledge Discovery and Data Mining for the Very Fast Decision Tree learner (VFDT), an algorithm for mining high-speed data streams.

Previously, in many domains, including spam detection, intrusion detection, fraud detection, surveillance and counter-terrorism, tthe data is actively manipulated by an adversary seeking to make the classifier produce false negatives. In these domains, the performance of a classifier can degrade rapidly after it is deployed, as the adversary learns to defeat it.

Domingos began writing his book towards the end of 2012, and within three years it had already hit the bookshelves.

In The Master Algorithm, Domingos takes us inside the brain of companies like Google, Facebook and Amazon so as to explain how it all works and how to behave in relation to this master algorithm or, as he says, to the “key that opens all doors.”

“With terms like ‘Machine Learning’ and ‘Big Data’ regularly making headlines, there is no shortage of hype-filled business books on the subject. There are also textbooks that are too technical to be accessible. For those in the middle—from executives to college students—this is the ideal book, showing how and why things really work without heavy math. Unlike other books that proclaim a bright future, this one actually gives you what you need to understand the changes that are coming,” said Peter Norvig, Director of Research, Google, regarding this book.

Domingos’ other pioneering contributions to the field include the first algorithm for solving the problem of adversarial classification — which spurred the growth of adversarial learning as a significant branch of machine learning research and practice.