Rolling Heads: 12 Biggest C-Suite Exits in the Tech Realm in 2022 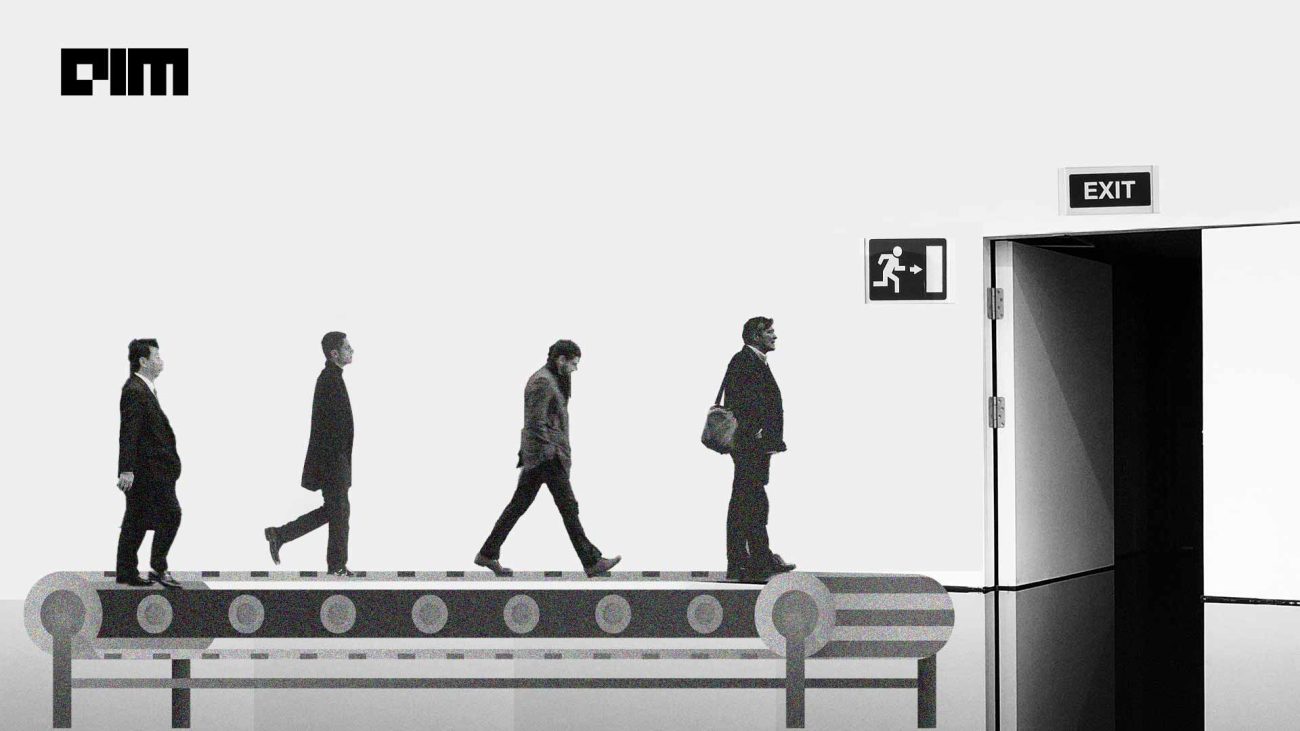 The year will go down as the one of executive shake-ups for most tech companies worldwide. The tumultuous high-level departures were witnessed across the year but skyrocketed after Elon Musk finally “freed” the bluebird, Twitter. The revolving door at Twitter headquarters is still spinning dizzily as executives continue to leave the Musk-run company.

Here’s a list of C-suite execs who called it a day in the tech realm in 2022.

In July, the head of the special project group (SPG) at the iPhone maker left to join Google’s sister DeepMind. The SPG works on cutting-edge tech innovations and futuristic products. The Apple Inc executive left over the company’s stringent return-to-office policy. Goodfellow is credited with creating GANs, or generative adversarial networks, which allow computers to create images or data sets with remarkable accuracy, making research effective. They’ve been used in fields as far-flung as video games and astronomy.

The co-founders of Kaggle, Anthony Goldbloom and Ben Hamner, decided to step down from their positions of CEO & CTO, respectively. D Sculley, former director of engineering at Google Brain, will take over as the new CEO.

Meta India country head Ajit Mohan left the company and is likely to join rival social networking company Snap as president of Asia Pacific. During his tenure at the firm, he added over 300 million Indian users to Instagram and WhatsApp and made a series of ambitious investments in the country.

Hankey’s departure from Apple was announced in October. However, she reportedly told her colleagues that she would remain at Apple for the next six months. She oversaw the industrial design, and during her stint, Apple launched several iPhone models, as well as the M1 MacBooks.

Microsoft corporate vice-president Joe Belfiore announced his departure after being with the company for 32 years. From 2009 to 2013, Belfiore led the Windows Phone division and was the face of the product. Currently, he heads the Office Group and will serve as a senior advisor until the summer of 2023 to help with the transition.

Just five months after quitting government service to join Google India, Archana Gulati resigned from her post as the head of Google’s government and public policy for the Indian arm. Gulati’s resignation comes when the tech giant has been scrutinized for antitrust cases in the country and has faced stricter tech regulations. The Competition Commission of India (CCI) has been looking into Google’s alleged abuse of the Android TV market in India after it said there was “prima facie” evidence of the tech giant flouting the country’s anti-trust regulations.

After a four-month leave, Tesla’s celebrated AI leader Andrej Karpathy quit the firm. Karpathy has no concrete plans for what he might do next. However, he said he wants to spend time revisiting his long-term passions around technical work in AI, open source, and education.

Tesla India’s policy and business development executive resigned after US carmakers put plans to sell electric cars in the country on hold. He was hired in March 2021 and played a vital role in forming a domestic market-entry plan for Tesla the country. Khurana lobbied the Indian government for more than a year to reduce the import tax on electric cars from 100 to 40%. India applies 100% import duty on all cars, electric or not.

The above move would have helped Tesla to test the markets with imports from China before investing in a factory.

Elon Musk fired Twitter CEO Parag Agarwal after the takeover. Agarwal reportedly received $42 million from Twitter per the company’s policy. According to a Twitter filing with the SEC in the US, Parag holds a little over 128,000 Twitter shares, now worth around $7 million at the price Musk is paying.

Sarah Personette, Twitter’s former chief customer officer, announced her resignation from the company hours after Musk closed his deal to buy the app. Personette was Twitter’s main point of contact with advertisers.

Personatte resigned a day after sharing Musk’s letter promising advertisers not to turn Twitter into a hellscape.

Twitter’s former chief people and diversity officer, Dalana Brand, announced her resignation in October. Brand was with Twitter for four years and the company’s first Black woman in a C-Suite role since 2013. “It has truly been one of the best experiences of my career, and every moment embodied #LoveWhereYouWork,” Brand tweeted.

“I’ve made the hard decision to leave Twitter,” tweeted chief security officer Lea Kissner, who reportedly stepped down with other key privacy or security executives. According to their LinkedIn, Kissner took over the job of CISO in January 2022. After announcing their departure, users thanked Kissner for their work on Twitter security. “I’m always here to help,” Kissner replied. “I just have to go do it somewhere else, unfortunately.”