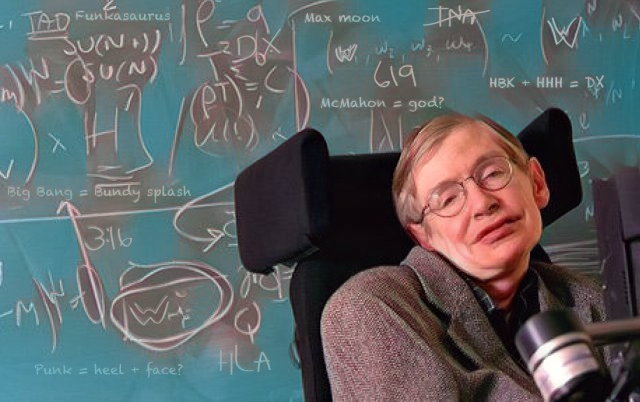 Stephen Hawking, the world-renowned physicist passed away on Wednesday at the age of 76. Reportedly, his death was a result of complications due to amyotrophic lateral sclerosis, a progressive neurodegenerative disease.

“We are deeply saddened that our beloved father passed away today. He was a great scientist and an extraordinary man whose work and legacy will live on for many years. His courage and persistence with his brilliance and humour inspired people across the world… He once said, ‘It would not be much of a universe if it wasn’t home to the people you love.’ We will miss him forever.”

“Life would be tragic if it weren’t funny”

Hawking had been diagnosed with the debilitating motor neuron disease amyotrophic lateral sclerosis since the age of 21. Though 80 percent of people with ALS die within five years of diagnosis, and Hawking’s own doctors gave him 14 months to live, he survived longer than any other patient with the disease in medical history. He ended up using a wheelchair to move around and a sophisticated computer system to speak for much of his time as a public figure.

Despite his physical disabilities, the British theoretical physicist and cosmologist made great contribution to science with his work on black holes. Hawking had worked on the theory that in contrast to the prevailing scientific belief that black holes were inescapable for all forms of matter and energy, they, in fact, emitted a form of radiation. This concept is now known as Hawking radiation. He also played a key role in the mathematical effort to unify legendary scientist Albert Einstein’s general Theory of Relativity with the emergent field of quantum physics.

A staunch believer in the concept that artificial intelligence could very well spell the end of mankind, Hawking had rung the alarm bells again last year where he said that AI would eventually “replace” humans.

“I fear that AI may replace humans altogether.”

Speaking to an online publication, Hawking had said, “I fear that AI may replace humans altogether… If people design computer viruses, someone will design AI that improves and replicates itself. This will be a new form of life that outperforms humans.”

“Governments seem to be engaged in an AI arms race, designing planes and weapons with intelligent technologies. The funding for projects directly beneficial to the human race, such as improved medical screening, seems a somewhat lower priority,” Hawking had said.

Hawking may have sounded like an alarmist in late 2017, but he was not alone in his predictions, as tech entrepreneurs have also showed concern over such systems over time.

The Most Popular Computer Science Paper Of The Day

Tesla and SpaceX’s CEO Elon Musk had also said that not North Korea, but AI could be one of the reasons which will trigger World War III. In fact, Musk along with 116 other founders of robotics and Artificial Intelligence companies from 26 countries had also signed an open letter and urged the United Nations to urgently address the challenge of lethal autonomous weapons and ban their use internationally.

Hawking was surrounded by criticism from certain groups of people for his staunch statements about there being no God. He had said that belief in a God who intervenes in the universe “to make sure the good guys win or get rewarded in the next life” was just “wishful thinking”.

“Why does the universe exist?”

“But one can’t help asking the question: Why does the universe exist… I don’t know an operational way to give the question or the answer, if there is one, a meaning. But it bothers me,” he had said.

Professor Hawking’s sharp humour coupled with his brave fight against the illness he suffered from, became a great combination for his portrayal in cinema as well as on television. He made cameo television appearances in The Simpsons and Star Trek and his early life was chronicled in the film The Theory of Everything (2014). Actor Eddie Redmayne had also won the Academy Award for best actor for his portrayal of the scientist. 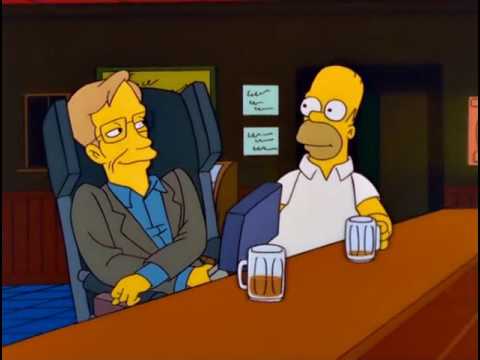