The Curious Case of Apple and Antitrust Bills 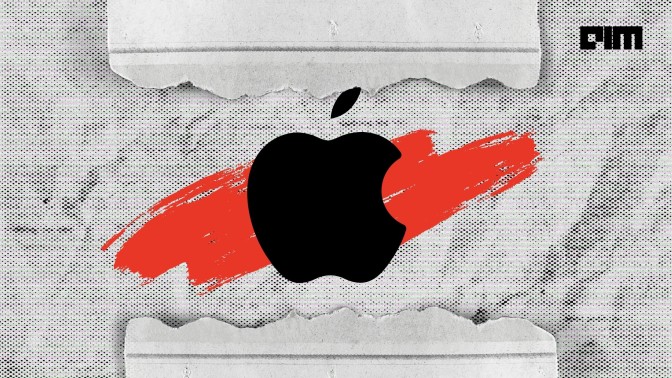 Apple Inc. has had a long history of antitrust challenges and controversies from all around the globe. With global regulators clamping down on big tech companies, this has just increased. In the latest addition, the company is facing an antitrust challenge in India, according to a report by Reuters. The challenge is about Apple reportedly exploiting its market dominance by pushing developers to adopt its proprietary in-app purchase scheme.

Filed by Rajasthan based non-profit ‘Together We Fight Society’, the case references Apple’s 30% fee as hurting competition by raising costs, preventing some app developers from ever making it into the market.

This is essentially making big tech companies monopolies with barriers to entry. While Indian citizens are the majority Android users, with only 2% of 520 million smartphones being powered by iOS, the rate of iPhone users has doubled in the last five years, hinting at an increasing user base for Apple.

The case details are not made publicly available by the Competition Commission of India (CCI). Still, once the committee has reviewed the case in the next few weeks, this will be either dismissed or investigated thoroughly.

Big tech companies defended that their fees cover the app stores’ security and marketing benefits, but this has received disagreements and controversies. Last year, the CCI had ordered an investigation into in-app payment fees charged by Google after complaints by Indian startups. The investigation is still ongoing. CCI’s plans include speeding up cases involving big tech companies like Amazon and Google by employing more officials and enabling stringent internal deadlines.

The antitrust challenge comes in while Apple is already facing backlash in the European Union market post antitrust woes that started back in April. In June, The European Consumer Organisation (BEUC) lobby group backed the EU’s antitrust case against Apple.

This April, the European Union’s European Commission issued a “statement of objections” after a complaint from Spotify, stating that Apple is abusing its position in the music streaming app marketplace, possibly violating EU’s antitrust laws.

“Our preliminary finding is that Apple is a gatekeeper to users of iPhones and iPads via the App Store,” said Margrethe Vestager, executive vice president of the EU. She spoke about Apple creating a disadvantage for competing for music streaming services and distorting competition. “This is done by charging high commission fees on each transaction in the App Store for rivals and by forbidding them from informing their customers of alternative subscription options”, she further explained.

While the investigation is still ongoing, if found to violate EU’s antitrust rules, the fine for Apple could be 10 per cent of its annual revenue. While Spotify’s head of global affairs called this move a “critical step towards holding Apple accountable for its anti-competitive behaviour”, Apple called this the opposite of fair competition. “Once again, they want all the benefits of the App Store but don’t think they should have to pay anything for that”, said Apple in rebuttal.

Not just in India and the EU, Apple is facing scrutiny from regulators and lawmakers in South Korea, Australia, the US, and the UK. This week, the South Korean government approved a bill that bans major store operators, including Apple, from compelling software developers to use their payment systems. In addition, the bill prevents app store operators from unfairly delaying the approval of apps.

In March, The UK’s Competition and Markets Authority launched an investigation into Apple’s app store commission. In April, Australia’s Competition and Consumer Commission warned Apple and Google that their market power and commissions made over third-party apps might require regulatory adjustments.

Just this summer, the American House of Representatives unveiled a series of five bills updating the country’s antitrust laws and addressing some of the tech industry’s unfair practices. The bills include prohibiting platforms like Apple and Google from discriminating against rivals. Another proposed law, the Open App Markets Act, would place new restrictions on running app stores. In 2019, American lawmaker Sen. Amy Klobuchar stepped into the scrutiny of Big Tech and proposed that Apple should not run an app store and distribute its apps in it.