The Race To Build The Best Maps Through AI

Maps are an important part of our everyday lives and have always had a tangible impact on the quality of life we lead by streamlining transport. They have also helped us spend less time on the road. The input to maps mostly was great crowdsourcing team, technology and a great deal of passion. But now there is a new hand helping us build better maps — artificial intelligence.

OSM (Open Street Maps), a collaborative endeavour, has been at the forefront of the map revolution. It was inspired by a need to create a free editable map of all the areas in the world. Rather than the map itself, “the data generated by the project was considered its primary output.”

OSM is helped by three major revolutions of the modern day:

At the end of last decade, the impact of aerial images was easily visible. The availability of aerial images and platforms to host them led to a great increase in the number of companies and startups making maps.

As the quality of the maps increased substantially, they were used in many official rescue efforts. In 1986, data gathered from several satellite images and weather data led to the discovery of radiation from the blast at the Chernobyl reactor in the USSR.

Earlier this year, Google showcased its improved maps. A large part of innovation was driven by AI. Google is planning to improve step by step directions by analysing street view images. Google also has plans to integrate Google assistant into maps which will massively improve end-user experience.

Aparna Chennapragada, head of product for Google Lens, explained during the keynote. “The Visual Positioning System (VPS) uses the visual features of an environment to figure out exactly where you are and exactly where you need to go.”

Building maps involves many factors such as background elements, geographical bounds, map layouts and metadata, among others. That is why companies which create maps harness computer vision applied on street images to understand and implement changes in the maps.

Reports also suggest that there is further potential to explore machine learning and artificial intelligence for map making. But there is an alleged “lack of openness” in the space which holds back various developments and new undertakings. OSM has been a large success in open map making, but many similar efforts have to happen both in software and data to build a truly great open source movement in maps.

Wireless location-based services corporation Telenav is publicly making available key components of the OpenStreetCam stack. They will first train up to 50,000 street-level images, run an object detection ML, and then share results by running the ML stack on about 140 million images available to them.

“Until now, all AI-based map-making technologies have been proprietary,” stated Philipp Kandal, senior vice president, Engineering for Telenav. “The openness of OSM is what originally made it a success, and now, with open AI technology, we can exponentially improve the map with the contribution of a large, passionate and talented community of developers.”

AI  Will Guide You Home

A popular approach while building any intelligent system, especially maps, is the “humans-in-the-loop” approach. This concept involves including human feedback into the learning cycle of the AI agent in order to help it improve faster. 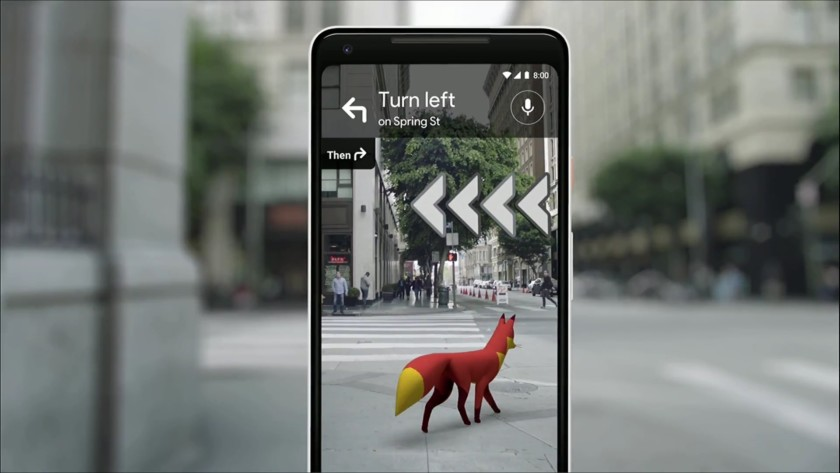 The major difference between Google maps and other map companies is the sheer amount of machine learning knowledge Google can bring to map applications. Google has been able to locate structures like buildings, roads and also trailers by using advanced computer vision algorithms.

Justin O’Beirne, the designer of Apple Maps, states, “It’s interesting to ponder what this means for Google’s competitors. It’s no longer enough to simply collect data. Now to compete with Google, you also have to process that data and make new features out of it.”