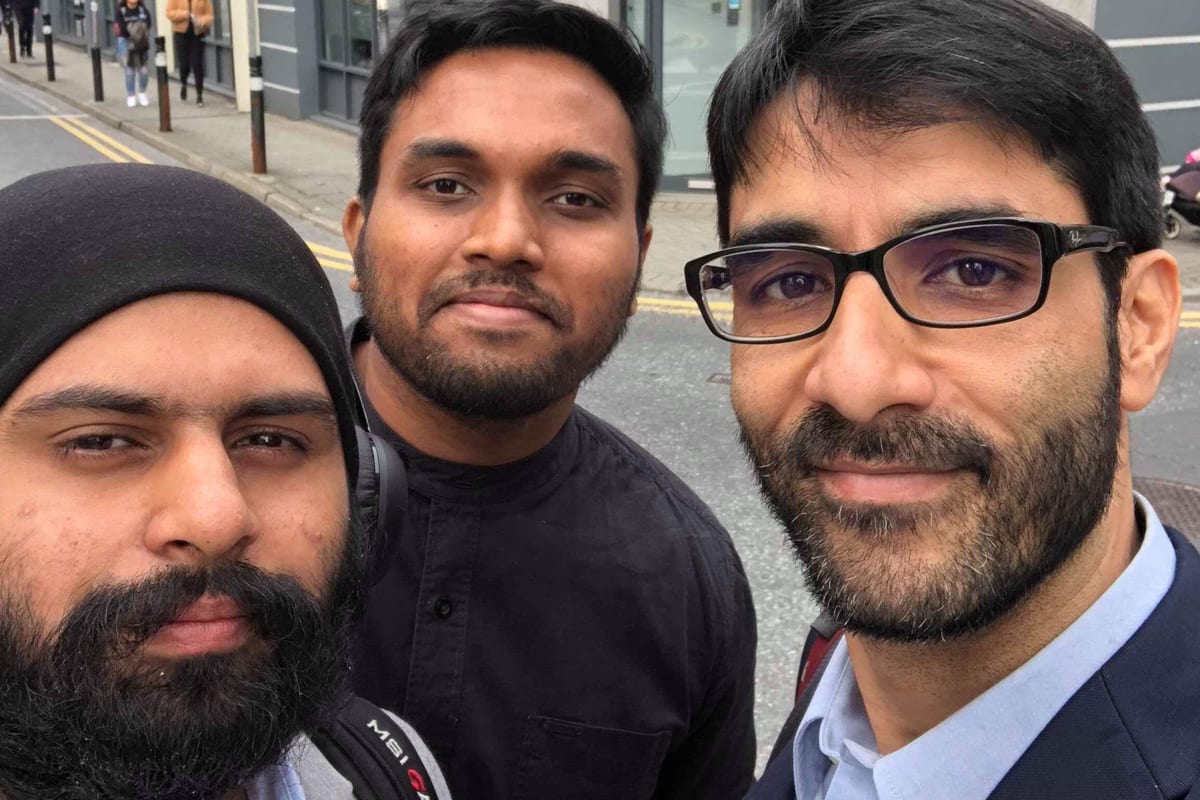 In India especially there have been several scenarios of fake news, which has led to internal strife. But there have also been attempts underway to solve the problem through AI. One such notable effort has been taken by a Delhi-based startup called MetaFact, that  is on a mission to validate the news content using AI.

MetaFact is a startup staffed with 7 members — three with a journalism background, three from the tech background and one a researcher, whose aim is to counter the popularisation of fake news across the internet.

“It was September 2016 when I received a message from Praveen and Prateek asking if we could have a talk about ways to work on UGC. During this first meeting, we all agreed that validation was a crucially important part of providing better UGC to newsrooms.”, says Sagar Kaul, one of the founding members of MetaFact who has an editorial background.

On the editorial side is Soumadip Dey, Pradarshi and Sagar Kaul while the engineering team includes Praveen Anasuya and Prateek Singh and Minho Ryu from Seoul and Samir Krishnamurty is from the research background. Their brainstorming session took a final shape in 2017 in the form of MetaFact, when they were able to create their first blueprint design of the tool.

MetaFact is a tool that uses Natural Language Processing (NLP) to understand the context of the news articles, blog posts, and social media posts, and thereby performs cognitive operations which include bucketing, indexing, and trust scoring, providing intelligent access to data.

How NLP underpins the monitoring platform

Based on the input from different datasets  such as location, entities are created and then subject to check the output. Refining the output they let their tool to improvise further. They constantly let the scenario change so that the NLP tool has a new data set being fed to it and learn from.

The index objects of the sets: newly minted sources vs established ones get updated by finding similar context stories through commoncrawl, sns streams etc. This provides scale to source monitor. Detecting fake information on Facebook and Twitter is way difficult than on platforms like WhatsApp and Telegram because of their end-to-end encryption. MetaFact solves this problem by building a community called Metafixers. “By building these communities and keeping them engaged, we develop a bulwark against the flood of false information that dark social propagates. Our current strategies utilize media literacy programs, collaborations, and awareness creation”, says Sagar.

To solve the problem of fake videos, MetaFact has developed a tool called Deepfakes. “The basic approach to identifying deepfakes is to detect artifacts generated when pictures are manipulated. With this method, we can use a two-phase algorithm: extract facial area and then detect artifacts on it.”  This technology has not been deployed so far and is still under work.

They also have another approach using eye blinking and was introduced at theconversation.com. Since there are more pictures of faces with eyes open than eyes closed, while training the deep fake model, it’s supposed to generate more frames with eye open; in other words, blink less than usual. With this principle ML model can be trained to detect eye blinking and compare how often it blinks. Sagar says that the difficulties in fact-checking stories are fairly similar to a standard piece of investigative journalism, when talking about the challenges that MetaFact has faced.

Some of the recent use cases are:

1.BBC linked poll predicting BJP win:  A WhatsApp message/Facebook status, contained a purported link to a BBC survey claiming that the Bharatiya Janata Party (BJP) will win 135 seats in the upcoming Karnataka assembly elections on the 12th of May. The message had a wrong mathematical figure was evidently incorrect. It mentioned a total of 234 seats when Karnataka has 224 constituencies. Over that, the BBC link in that message didn’t lead to a true BBC website and BBC later even posted that it is a fake survey and not by them.

The MetaFact chatbot is an integral part of MetaFact’s media literacy and Metafixer strategy. The chatbot will also be trained to have a conversation with the user to answer simple questions. It will align with the AI tool so that if a user receives any sort of rumour based or questionable message on dark social platforms like WhatsApp, Telegram etc they can forward it to our chatbot, and if the said rumour/claim has already been fact checked, it will display that result in the context of the specific entities mentioned in the message.