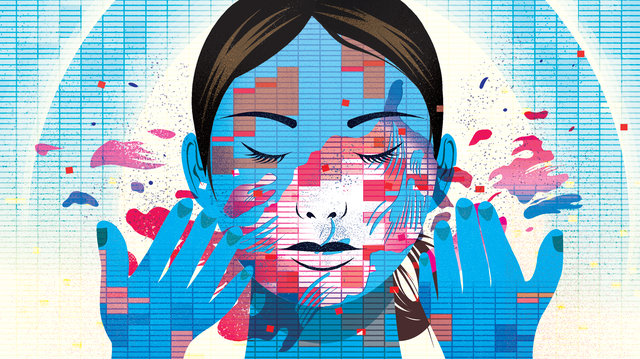 The term artificial intelligence has acquired immense popularity in the past few years. A number of applications today have incorporated AI. This technology is going to take us far in the world, and will also overtake us in a lot of ways.

If this is the new era of the Industrial Revolution, AI is surely going to be one of its driving forces. This article will help one understand the whole family that comes under AI including — general artificial intelligence, artificial narrow intelligence, machine learning and deep learning, among others.

1.Artificial General Intelligence (AGN): AGN is generally associated with the human-like part of AI. It is also called ‘Strong AI’ because it can understand as the human brain does and hence have not so direct, complex applications. It could combine human-like thinking with computational abilities and can perform intellectual tasks as humans can. Turing test, Coffee test, Robot College Student test, Employment test and the flat pack furniture test are some of the tests for an AGI.

Example: AlphaGo, who is an expert in playing the complex board game of Go is an example of this type of AI.

2.Artificial Narrow Intelligence (ANI): When the designed AI system performs specific tasks, it is classified under this category. Specific tasks like like image classification or playing a specific game are some examples that these can do. They are not flexible with performing tasks. For instance, if the system is trained to work for speech recognition, it cannot work for image classification. Such an AI is good at performing simple, routine or repetitive tasks. Because such a system cannot perform a broad ‘intelligent’ set of tasks like that of AGN, it is called ‘Weak AI’ or ‘Narrow AI’.

Example: IBM Watson is an example of weak AI because it uses machine learning algorithms and has abilities of NLP to make decisions. Watson helps doctors to make data-driven decisions because of the program that it is designed. Cortana and Alexa also fall under this category.

3.Self Aware AI: This AI can be called as an extension of Theory of Mind AI possessed by Type III artificial intelligences. It can configure representations about themselves, for example, humans reactions like attention spans and emotions.

Example: Such an AI has not been developed yet. Although there was a Wise men puzzle that was passed by a trio of Nao robots, taking another step towards self-awareness in machines.

4.Limited Memory AI: This AI uses some past experiences to make present decisions. It is a combination of pre-programmed and learning through environments and observing how it changes with time, to make meaningful decisions.

Example: This type of AI is used in self-driving cars. They observe the environment, which has the cars around  and their movement. They also observe and note the static data like the lane markers and traffic lights. Mitsubishi Electric Corp had developed a system called “compact AI” that they said could be implemented on vehicles and other machines for the purpose of identification, recognition and prediction to anticipate unknown facts based on known facts. Because of this development, we may soon have applications of Limited Memory AI.

5.Theory of Mind AI: Theory of Mind is a human cognitive ability to attribute mental states such as emotion, believes, desires, knowledge to oneself, and others. It is also to understand that others have these mental states that differ from one’s own. This AI, by the same name, refers to understanding people’s emotions, thoughts, believes, and be also able to interact socially. They can also understand human intentions and predict how they will behave.

Example: There has been no AI developed of this kind. But there are researchers who suggest that the best way to make a working Theory of Mind AI is by studying the development of theory of mind in children and making them learn the things like children. These activities might include small things like making eye contact or pointing to an object of interest.

6.Artificial Superhuman Intelligence (ASI): This represents the cognitive ability of machines that can do everything that humans can and maybe even more. “It’s hard to fathom how much human-level AI could benefit society, and it’s equally hard to imagine how much it could damage society if built or used incorrectly”, OpenAI had said.

Example: This AI has not been developed yet and we still have a lot of years to have an AI that surpasses human intellectual ability.