Why Setting A Benchmark For Physical Reasoning In AI Matters 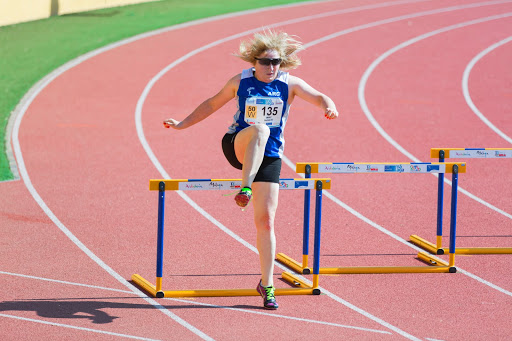 The machines of the modern world can now be taught how to learn, adapt and improvise with great tact. Asking a robot to run, do a cartwheel or throw a pitch would have sounded like a chapter from a generic sci-fi novel a few years ago. But now with the advancements in hardware acceleration and the optimisation of machine learning algorithms, techniques like Reinforcement Learning are being put into practical use.

Hard coding a robot to perform even mundane skills poorly will take a lot of computational heavy lifting. However, it takes some ingenious constraint assumption to make the robot perform decently when put under unstructured, real-world situations.

In an attempt to make AI more flexible, in the way it approaches the real physical world, researchers at Facebook AI Research, developed PHYRE. PHYRE is a new benchmark to assess an AI agent’s capacity for physical reasoning. Inspired by popular physics-puzzle games.

PHYRE is designed to encourage the development of sample-efficient learning algorithms that generalise well across puzzles.

PHYRE provides a set of physics puzzles in a simulated 2D world. Each puzzle has a goal state (e.g., make the green ball touch the blue ball) and an initial state in which the goal is not satisfied; A puzzle can be solved by placing one or more new bodies in the environment such that when the physical simulation is run the goal is satisfied.

PHYRE is comprised of a series of task templates, where a task template defines a set of related tasks that are generated by varying task template parameters (such as positions of initial world bodies).

When Machines Learn To Reason

The number of potential actions that can be taken in PHYRE are large — tens of millions — compared with the hundreds in Go. And while AI breakthroughs in DoTA and StarCraft have relied on techniques requiring millions or even billions of trials to find a solution, PHYRE players can maximise their rewards only if they solve puzzles in as few attempts as possible.

In another curious case of excelling reinforcement learning in a physical environment, AI researchers from Google, Columbia University and MIT taught a new skill to the robots by making them toss things into baskets. THe TossingBot could pick things of different shapes and sizes and gently throw them into a target location like fruit into a basket or a banana peel into a trashcan.

The joints of a robot can have only so many degrees of freedom. And, to achieve skills like tossing, the synergies between grasping and throwing have to be figured out.

To do this, the researchers used a physical simulator, which is modelled on control parameters and then tried to improve the activity with the help of deep learning.

The researchers named this symbiosis of deep learning and physical reasoning as Residual Physics. As the name suggests, the bot, if trained using the laws of projectile ballistics, it can then be leveraged to learn an estimation of the target area or by how much it is missing the target. Minimising the miss is where deep learning comes in.

This integration of physics with deep learning enables faster learning in changing environments. The efficient the systems the better because in the real world, systems can’t be expected to make millions of mistakes before arriving at the correct action.

Experiments such as above indicate that a machine can learn object-level semantics from its interactions with the physical world; in other words more human-like. This is another huge leap towards the realisation of artificial general intelligence.