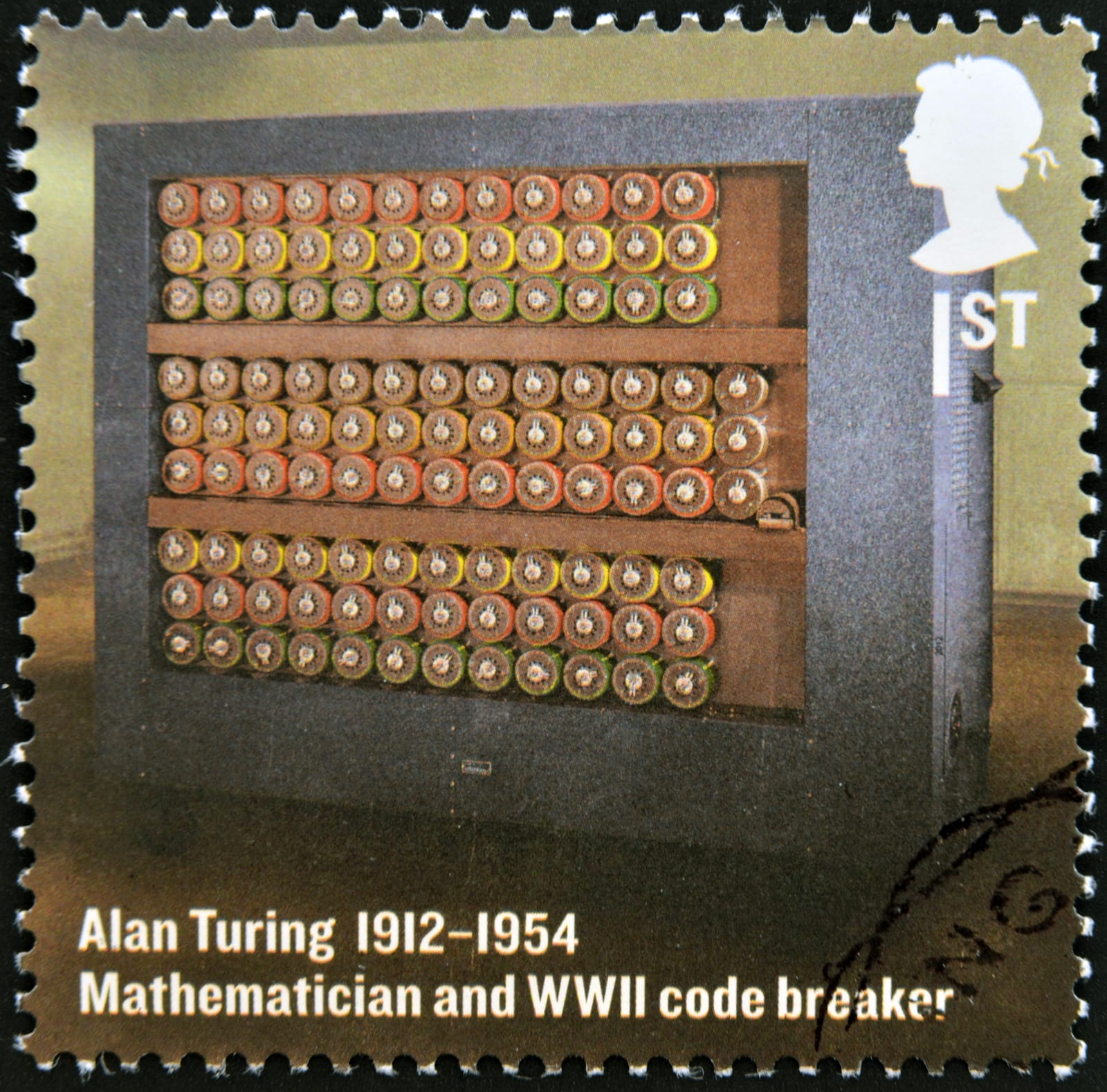 I started off life with many heroes. Thanks to my grandparents, I had enough and more from mythology. And then of course, there was Hercules.

Then I grew a little older, became monotheistic and concentrated all my worship on Alan Turing.
The pattern of the monomyth or the ‘hero’s journey’ is always the same – mysterious adventures into supernatural worlds, supernatural encounters, fantastic victories and of course, they all come back with the greater powers to help common folk like you and me.

And by this definition, Alan Turing is among the greatest heroes this world has ever seen. He ventured into mysterious worlds most men of his time had not even imagined, made some phenomenal discoveries and built for us the foundations of this world that we live in today.

As an analytics practitioner, it is impossible for me not to acknowledge the founding contributions of Alan Turing. But then when I think about it, there isn’t a discipline of science that Alan Turing has not left an impact on.

Turing’s was an uncommonly tormented life. His childhood was consumed by the pain of living apart from his parents. His adolescence witnessed the pain of an unspoken love (and the agony of losing that soulmate). With adulthood came the ignominy of being hounded as a homosexual and the trauma of forced chemical castration.

On 7th June 1954, Turing was found dead in his room, with a half-eaten, cyanide-laced apple next to him. The coroner believed it to be suicide, but many still believe that he choked on an ignorant world.

But in this pain, the beauty. In 42 tormented years, this man asked more questions than any of his genius-brethren. Questions on logic, mathematics, computing, theoretical and mathematical biology, metaphysics, the list is endless.

And the questions he asked, went on to become the foundation for a lot many more, that practitioners in all fields would ask, later.

How does the mental mind arise out of a physical brain?

How does language relate to thought?
Where does knowledge come from?
How does knowledge lead to action?
What are the formal rules for drawing conclusions?
How do we reason with uncertain information?
How can we build an efficient computer?
How should we make optimal decisions?

I really do not know if Turing was referring to himself when he said this – “Sometimes it is people no one can imagine anything of, who do the things no one can imagine.” But if he did, it was true then and it is true now.

Mechanical or ‘formal’ reasoning had been debated and developed by philosophers and mathematicians since antiquity. Aristotle and later Socrates, had developed Syllogism – deductive reasoning to arrive at a conclusion based on two or more propositions assumed to be true.
After that, a lot of tautology followed – debates, propositions and demolitions – till Turing came along. And argued that when human knowledge could be expressed using logic with mathematical notation, it would be possible to create a machine that reasons. That an ideal computing device would be capable of logical reasoning by performing mathematical computations that could be represented as an algorithm.

Turing’s theory of computation suggested that by shuffling symbols as simple as 0 and 1, a machine could simulate any conceivable act of mathematical deduction. This is what we know today as the Turing Machine.

This, lifted machines from simplistic, predictable operations to a level of complexity that could produce insights and innovation. This, is what has led to all the intelligence that we cannot live without today.

And the boxes never stopped opening.

And once we could conceive of a machine that could attempt logical reasoning, the next step was to model the machine on the mind – what we today refer to as weak artificial intelligence (AI) and strong AI.

Turing’s revolutionary ideas and concurrent discoveries in neurology, information theory and cybernetics, were leading researchers to seriously consider the possibilities of an electronic brain – the first step towards AI.

A idea of a machine that modelled itself on the mind was just the beginning. For this led us to delve more into psychology, philosophy, linguistics, neurosciences and biology. The world was waking up – “bliss was it, in that dawn to be alive”.

In a paper titled ‘Computing Machinery and Intelligence’, Turing posed his famous question, ‘can machines think?’

His proposition was that if you were interacting with multiple subjects, and could not distinguish if one of them was a computer, then we had an intelligent machine. A machine deserved to be called intelligent only if it could fool you into believing it was human.

Turing’s path to AI, was to construct a machine with the curiosity of a child – and let intelligence evolve. He was optimistic that machines could possibly in the near future exhibit intelligent behaviour and learn, to the extent of being able to ‘think’ like humans. (He was aware too, of the standard philosophical and scientific objections and rejections of his views.)

A sunset, the scent of a woman, a chilled Chardonnay – while a computer might still not be able to completely comprehend ‘human’, it is capable of a vast range of complicated responses that mimic the human mind. And, it has the ability to learn.

While these thoughts were not even in the realm of science-fiction, Turing was looking at computers as thinking systems.

The mechanical to the metaphysical.

While at school, Turing developed a friendship with another talented student called Christopher Morcom. Christopher’s death, many believe, is what led to Turing’s obsession with deconstructing the nature of consciousness.

He longed to understand what had become of the essential aspect of Christopher – his mind.

This led Turing to delve into every subject that could be of relevance – biology, philosophy, metaphysics, even mathematical logic and quantum mechanics. And unlike philosophers and scientists before him, Turing was not compelled to keep the divine, the physical and the human mind wholly separate from the material universe. He could actively consider a mechanical explanation of the mind. (Fully aware, of the standard philosophical and scientific objections that his propositions could raise.)

And if the man didn’t have enough to think about.…

In an era where natural selection, creationism and intelligent design were still being actively discussed, Turing argued for the chemical basis of morphogenesis – which now serves as the basic model in mathematical biology. (And many say, is the very beginning of chaos theory.)

Having said all this, we still haven’t spoken about Turing The Cryptographer – the man who created the ‘bombe’ that cracked messages enciphered by the German Enigma machine during WWII. An act that helped end the war sooner and saved thousands of lives.

Ralph Waldo Emerson was right. “When nature has work to be done, she creates a genius to do it.”

So here was a man, vilified by societal mores who best exemplified Bertrand Russell’s words – ‘Mathematics, rightly viewed, possesses not only truth but supreme beauty, a beauty cold and austere like that of sculpture’. Words that are on the Turing Memorial.

In 2009, the Queen officially pardoned the man convicted and hounded for homosexuality. But more beautiful than this belated pardon, for the man who first visualized this world we live in, is this lovely urban legend about the half-bitten apple next to the dead Turing.

Many believe that the Apple logo, is a Jobs-Wozniak tribute to the man who laid the foundations for the modern-day computer and pioneered research into artificial intelligence. It apparently, is not.

But I would like to believe it is. What better tribute could there be, to a man who had bitten more than his share of the forbidden fruit of knowledge. As CEO of Manthan, Atul’s single objective is to keep the spirit of invention and innovation alive at Manthan – a spirit that has seen Manthan go on to become one of the leading contenders in analytics business solutions for consumer industries worldwide. Manthan is Atul’s fourth successful venture after MicroTrack, Cybertrek and Net Kraft. And today, is among the few Indian companies that can boast an analytics portfolio that several Fortune 500 companies rely on.