Did you miss the Intel® oneAPI Workshop on advanced SYCL concepts for heterogeneous computing*? Here’s what you need to know

The workshop covered advanced concepts and features of the latest SYCL specifications, including simplified code implementation for heterogeneous computing 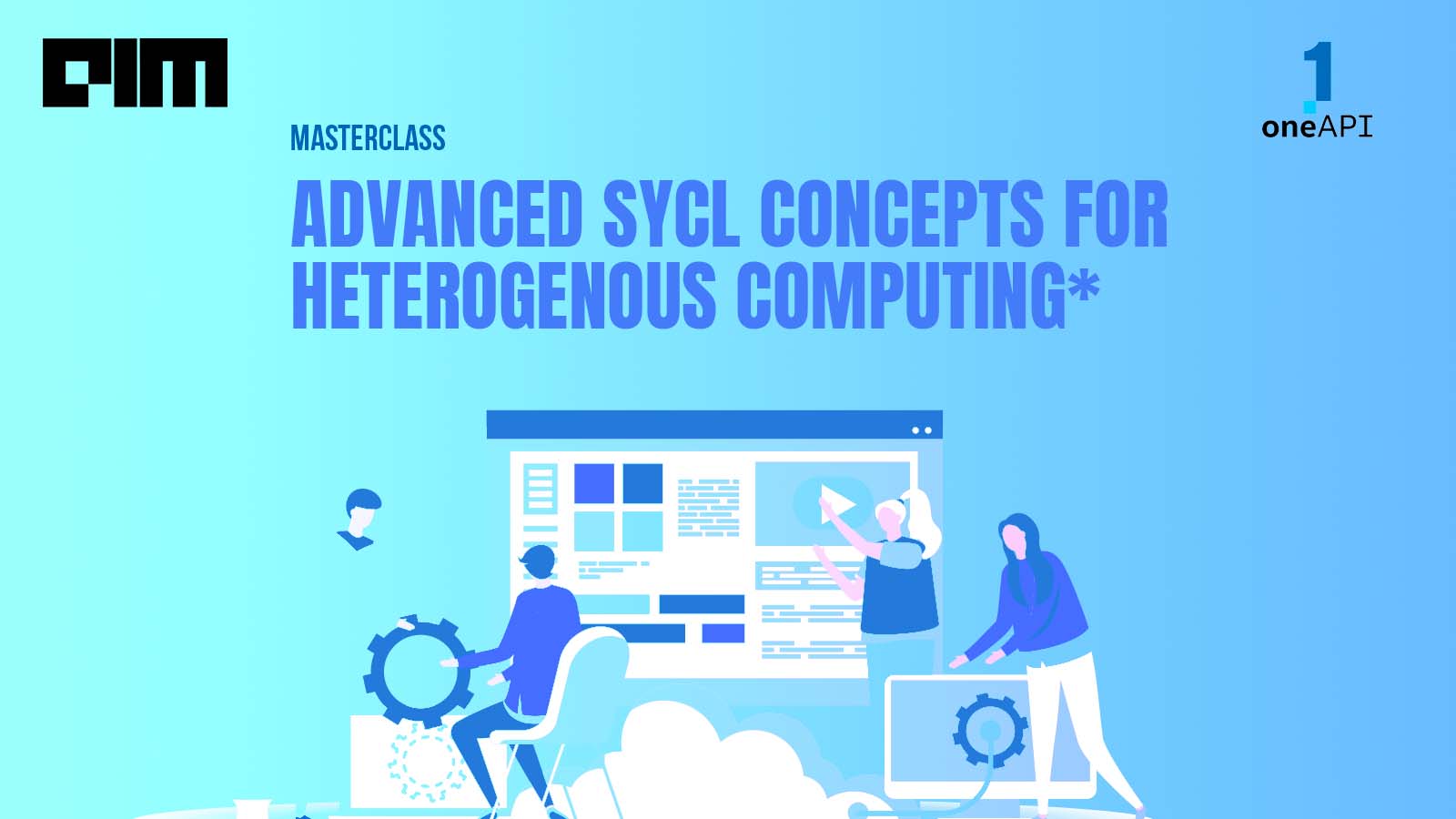 The workshop covered advanced concepts and features of the latest SYCL specifications, including simplified code implementation for heterogeneous computing, an overview of memory models involving buffers/accessors and unified shared memory (USM), and an understanding of simplified reduction with live hands-on sample codes on Intel® DevCloud.

Opening the workshop, Khemka threw light on the oneAPI use cases, showcasing one of the case studies done by the University in Berlin, where they developed a Tsunami application called the Easy Wave Simulation, which was developed for the Nvidia GPU. The team used oneAPI as a programming model, converted that code into SYCL, and was able to use it on different kinds of hardware architecture.

Further, she spoke about various oneAPI toolkits. She said that some of these tools allow users to convert their CUDA code to SYCL and use this programming language to run on multiple hardware and instances.

Following this, Ghosal introduced SYCL 2020 language specification. Highlighting the latest features, she said that it enhances productivity, and more than anything, it reduces the verbosity of writing code and runs the code faster across laptops. She also spoke about SYCL Standard, an open collaboration platform. “SYCL is growing every day, and it is growing taking the feedback,” she added.

Comparing the latest version of SYCL with traditional coding, she gave an overview of various parameters that go into writing the code, including the SYCL buffers method, explaining host code, accelerator device code and host code. In addition, she also showcased how it simplifies language simplification and more.

In addition, Ghosal showcased the advantages of using Subgroups in SYCL programming, deciphering various concepts, and explained how Subgroup Shuffle operations could help avoid explicit memory operations. She also showcased a hands-on explanation of using SYCL reduction to simplify reduction with parallel kernels and urged the users to take advantage and reduce functions to reduce sub_group and work-group levels.

At the end of the work, Analytics India Magazine ran a lucky draw, wherein lucky participants won an Amazon Voucher worth INR 2000/- each. The winners were shortlisted based on their engagement with Discord throughout the workshop.

Here’s a Github link to explore the lab session. Sign up for Intel DevCloud.