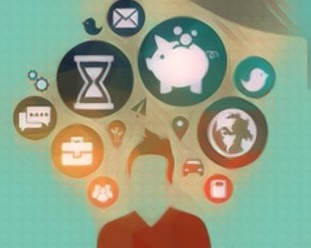 In an endeavour to be not left behind in the artificial intelligence race, the Indian government has formed a committee headed by the National Institution for Transforming India (NITI) Aayog vice chairman Rajiv Kumar to lay out a roadmap for the country’s research and development in the field. Reportedly, the decision to form the committee came after news of China’s intense and growing commitment in the field of AI.

A senior government official said, “A committee has been formed to coordinate the efforts of different ministries and bring them together. The next meeting will happen soon and we hope to decide on the timeline for the committee to come up with a roadmap for a national programme on AI.”

Reportedly, the panel that is to lay out a roadmap for India’s works in AI will include government officials, industry leaders and academicians. A newspaper report suggests a preliminary meeting was held in January for the same, and was attended by the likes of former Infosys CFO Mohandas Pai, former Nasscom head Kiran Karnik, NITI Aayog member VK Saraswat, several noted IIT faculty members, and top officials from Flipkart, NetApp and TIE Ventures.

The report added that the central government’s goal was to ensure that India would not fall behind in emerging technologies.

This move seems to be in sync with the recently-announced Union Budget, where Finance Minister and Minister of Corporate Affairs Arun Jaitley spoke about the Government’s plans to support AI and machine learning technologies. He said, “Technologies like machine learning, artificial intelligence, Internet of Things, 3D Printing, and initiatives like Digital India, Startup India and Make in India would help in establishing itself as a digital economy.”

Jaitley had also said that that theNITI Aayog was to establish a national programme to direct efforts towards artificial intelligence, including research and development of its applications. This year, Jaitley has also doubled the allocation on Digital India programme to ₹3,073 crore in 2018-19.

A senior government official told a newspaper that the financial allocation under the Atal Innovation Mission will be used to fund the programme on a nationwide scale and projects will be granted on the challenge mode. “It has just been announced.NITI Aayog has been working on the subject for a while and will be coming out with a roadmap shortly,” he added.

The Atal Innovation Mission (AIM) and Self-Employment and Talent Utilization (SETU) is Government of India’s endeavour to promote a culture of innovation and entrepreneurship. Its objective is to serve as a platform for promotion of world-class innovation hubs, grand challenges, start-up businesses and other self-employment activities, particularly in technology driven areas.

China had laid out a road map last year to make sure that they become the leading superpower in artificial intelligence by 2030. India’s neighbour is also racing ahead of US in scientific research, ranks number one for most-cited research papers, and is a global leader in super computers.