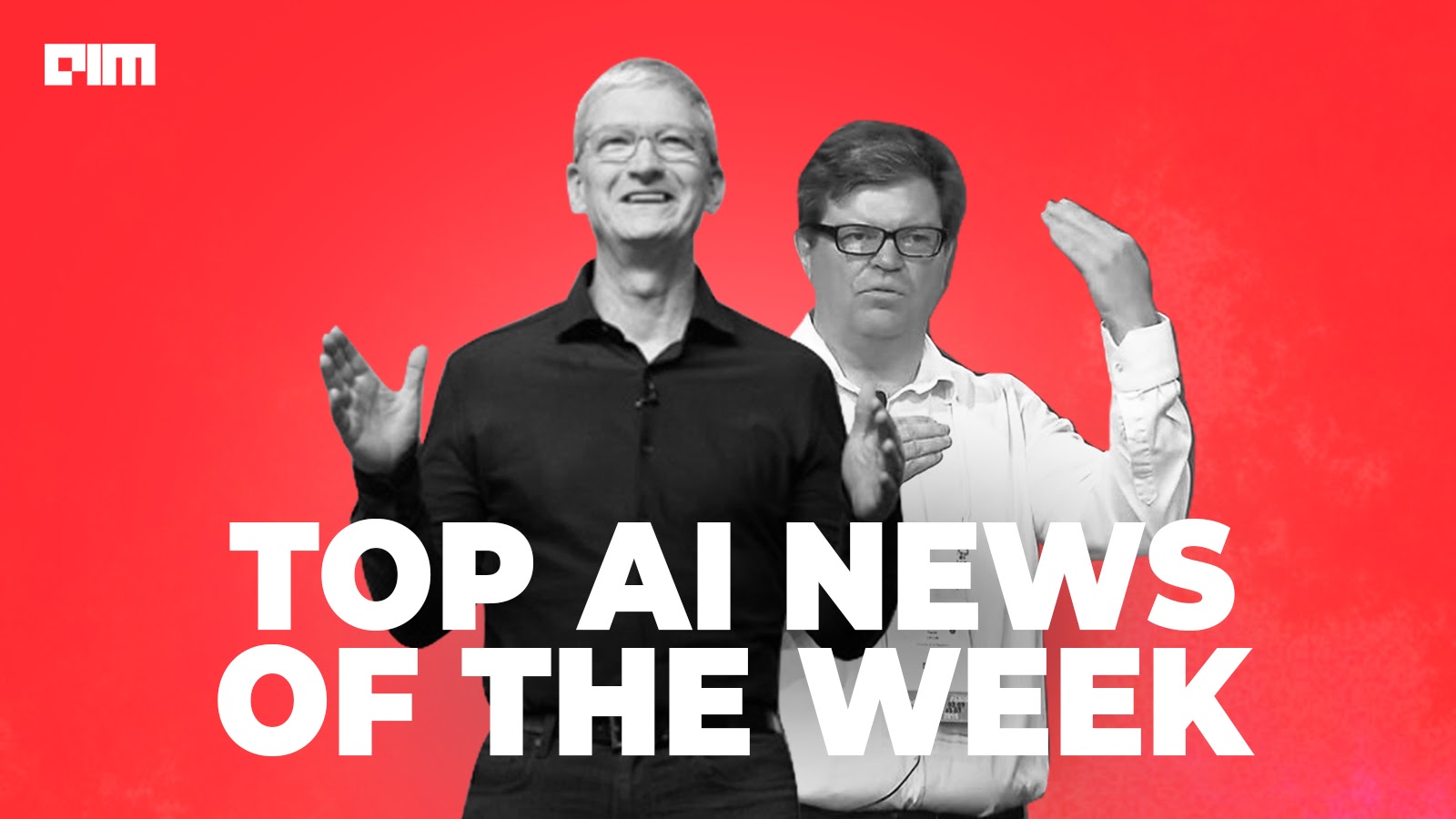 This week the AI community has witnessed a couple of ground shifting controversies, a couple of software releases and more. This week also marked the launch of Apple’s 31st edition of its flagship WWDC event. Here is all the top AI news that you wouldn’t want to miss.

Amazon announced that it will be acquiring Zoox, a California-based company working on designing autonomous ride-hailing vehicles from the ground up.

Zoox started in 2014 with the vision of purpose-built, zero-emissions vehicles designed for autonomous ride-hailing, along with an end-to-end autonomy software stack. According to the Financial Time reports, the deal is worth $1.2 billion.

In a first of its kind, a research paper publisher was asked to take down a deep learning paper. Over 2000 expert researchers and practitioners across a variety of technical, scientific, and humanistic fields, including statistics, machine learning and artificial intelligence, law, sociology, history, communication studies and anthropology, joined hands to sign a petition to stop Springer Nature from publishing a potentially malicious research paper.

This research was touted to assist law enforcement in identifying the criminality of a person from their facial image to prevent crimes from occurring in their designated areas. The press release was followed by the petition, and immediately after the publisher confirmed in a tweet that they would not be publishing the paper. Read more.

Apple concluded the 31st edition of its flagship WWDC conference this week. Unlike previous editions, this event was hosted online. Surprisingly, Apple announced its plans to become completely indigenous with its chip technology by moving away from Intel. Apple already uses its own A13 Bionic chips for all its latest phones. Now, they want its Mac users to transition towards its own — Apple Silicon.

Developers can now get started updating their apps to take advantage of the advanced capabilities of Apple silicon in the Mac.

Though there haven’t been any machine learning specific major announcements, Apple’s other announcements clearly hinted at how serious they are about AI. Late last year, Apple made all the major ML announcements right from Bionic chip with neural engine to CoreML frameworks. In this year’s WWDC, they announced that these frameworks would come with updated features to help the developers. Apart from this, Apple also introduced its HomeKit, sleep tracking watch, handwriting recogniser and many more that leverage machine learning models.

Turing awardee Yann LeCun was mired in a twitter controversy regarding the emergence of bias in machine learning models. It all began when one of the image generators — PULSE — was questioned for being biased. LeCun attributed the biases in the models to datasets, which irked the ML community and cornered him for playing down the issue. Many ML practitioners voiced their opinions, and LeCun tried to explain his stance. However, it didn’t end well for him as he apologised for his initial response and expressed his wish to talk to the experts on this topic. Read more.

Alphabet’s Waymo has announced that they would now be partnering with the Volvo Car Group to integrate the Waymo Driver into an all-new mobility-focused electric vehicle platform for ride-hailing services. The company stated in its press release that partnership with Volvo Car Group will help pave the path to the deployment of the Waymo Driver globally in years to come.

Henrik Green, Chief Technology Officer of Volvo Car Group, said that fully autonomous vehicles have the potential to improve road safety to previously unseen levels and to revolutionise the way people live, work and travel. Our global partnership with Waymo opens up new and exciting business opportunities for Volvo Cars.”

Apart from Volvo, Waymo has been partnering with other top carmakers across the globe that include Fiat, Jaguar Land Rover (JLR), and Renault Nissan Mitsubishi (The Alliance), to advance the deployment of Waymo Driver.

Deloitte launched the Deloitte AI Institute, a centre that focuses on artificial intelligence (AI) research, eminence and applied innovation across industries. According to the company, the institute was established to advance the conversation and development of AI in order to challenge the status quo and deliver game-changing research and innovation.

“The Deloitte AI Institute is being established to advance the conversation and development of AI for enterprises,” said Nitin Mittal, AI co-leader and principal of Deloitte Consulting LLP.

The Deloitte AI Institute will collaborate with an ecosystem of industry thought leaders, academic luminaries, start-ups, research and development groups, entrepreneurs, investors, and innovators to cover a broad spectrum of AI focus areas, with current research on ethics, innovation, global advancements, the future of work, and AI case studies.

Amazon introduced Honeycode in beta to enable users to develop web and mobile applications without writing code. This service will be available as a part of AWS to allow people with no coding experience in getting started immediately. What if you had a purpose-built app, made just for your project? Unfortunately, building one usually requires programming ability or IT resources.

Honeycode eliminates the need for both, so you can build your own. Honeycode provides all the necessities, from front-end components and app client to back-end data storage. Honeycode simplifies the entire end-to-end process of developing applications by offering intuitive features. In addition, you can scale the applications effectively since it leverages the functionalities of AWS.