Through this article, we will demonstrate the implementation of HarDNet - a deep learning framework - using pre-trained weights which are already trained on ImageNet dataset.

In Recent times, Deep learning has seen increased demand by the tech communities in the field of computer vision. In our day to day life, we are always surrounded by the applications of Deep learning, from high-tech mobile phones to driverless cars, there are a lot of applications which help us in everyday life.

HarDNet is an image classification network belonging to the category of deep learning models. We can use HarDNet for the task of image segmentation and object detection. The architecture was based on Densely Connected Network. In HarDNet, we have multiple Harmonic Dense Blocks, so what are Harmonic Dense blocks ………….???? In Harmonic Blocks we have n layers and each block is connected to its preceding blocks, hence the last layer has the largest number of channels because all previous layers outputs are forwarded to preceding layers. Not only the forward connection we also move backwards, let layer k connect to layer k-(2)n, once layer (2)n is processed then flushes out the memory.

By referring to the figure given above, we can see that the network appears as an overlapping of harmonic waves. The other name of HarDNet was Harmonic Densely Connected Network, in short, we call it as HarDNET.

Here we have the 4 versions of HarDNet models, which contains 39, 68, 85 layers with and without Depthwise Separable Conv respectively. Their 1-crop error rates on ImageNet dataset with pre-trained models are listed below.

Why We Need HarDNet Over Other Networks

Implementation of HarDNet In PyTorch

Here we are going to use PyTorch, so let’s have a brief introduction about PyTorch. It was developed by Facebook AI team and it provides a good interface for researchers, for more details, please visit this link.

Here, we are using Google Colab for implementing our code. The Google Colab provides free GPU and TPU hardware support that’s the reason why most of the researchers prefer to use Colab. By opening Google Colab and visiting the Notebook Settings in Edit Menu, we can change the hardware accelerator set to GPU. You can refer to the below image.

In the below block of code, we will load pre-trained weights for HarDNet with the different number of layers and for Depth wise separable convolutions.

Here in the output above, you can see the pre-trained weights gets loaded.

In the next step, we will load an image for the task of object detection.

Using below code snippet will read the URL from the image.

By using below code snippet we can visualize the image.

By using the below code snippet, we will perform the transformations of the image. As we are going to implement this task in PyTorch, and the basic unit PyTorch is a tensor, so we will transform the input data into the tensor.

Using the below code snippet we will download the labels of the ImageNet dataset and store it in classes.

Using the below code snippet we will obtain the top 5 confidence classes to which the detected object may belong to.

So we conclude the HarDNet model has applied in the task of object recognition and it recognized the object with 97.7 confidence score. HarDNet is used to minimize both computational cost and memory access cost without compromising the accuracy. Through this article, we have learnt about HarDNet in PyTorch, it’s architecture, its importance and its application in object recognition. 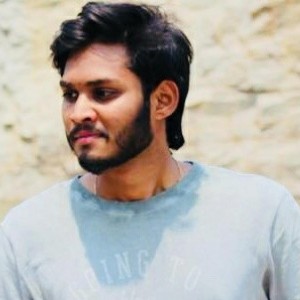