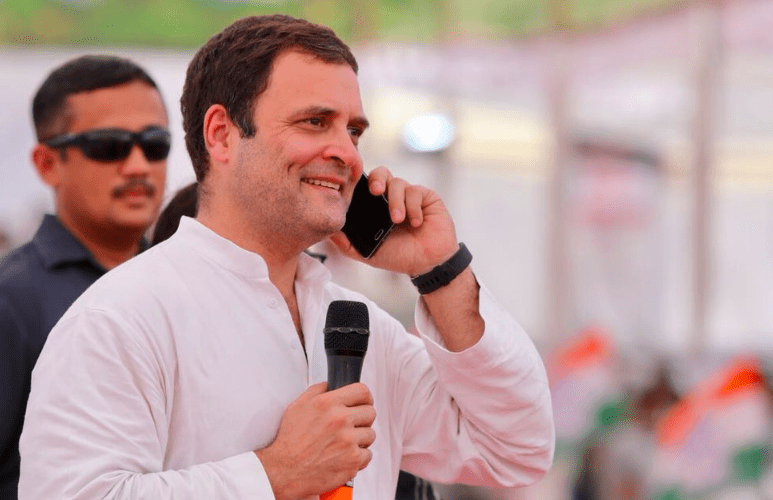 The Indian National Congress on Monday announced the appointment of the new heads for their AICC Data Analytics Department. In a press statement, the INC appointed Swapna Patronis as the national coordinator, and Ashok Varadrajan and Aditeshwar Singh Deo as the joint coordinators of the department.

Announcement of the National Coordinator and the Joint Coordinators of the AICC Data Analytics Department. pic.twitter.com/DFFo9Jmjb7

Earlier this February, the “grand old party” had announced that their computer department had been renamed as ‘Data Analytics Department’. Praveen Chakravarty, former investment banker, angel investor and a political economist, had been nominated the chairman for the same.

The move to strengthen the Congress’ analytics department may stem from the fact that Cambridge Analytica whistleblower Christopher Wylie had claimed that the data analytics firm which has been charged and convicted of data breach, worked extensively in India and “believed” that the Congress party had employed the firm for certain regional elections in India.

Wylie’s recent statement was a part of his testimony before British Parliament’s Digital, Culture, Media and Sports Committee which is investigating the issue of the Facebook data breach.

Wylie had said, “I believe their [CA’s] client was Congress. But I know that they have done all kinds of projects. I don’t remember a national project, but I know regionally. I mean India is so big that you know that one state can be, you know, as big as Britain.”

In September 2017, Gandhi had also visited the US to meet noted personalities in the AI and analytics fields. He also reportedly met several think-tanks from Silicon Valley at the San Francisco Bay and discussed future technologies.

The appointment of the national coordinator and joint coordinators for the Congress’ data analytics department comes hot on the heels of their bitter defeat against the Bharatiya Janata Party and Janata Dal (Secular) in Karnataka assembly elections. When the BJP failed to prove the majority in the Rajya Sabha by eight votes, Congress formed a majority-based with JD(S).

Big Story: What Has Modi 2.0 Done To Boost Emerging Tech After One Month In Power?