Ethereum Merge Shakes Up the Very Idea of Decentralisation

The expense of participating in the mining operation would eventually become unaffordable, driving away small partners and leading to centralisation. 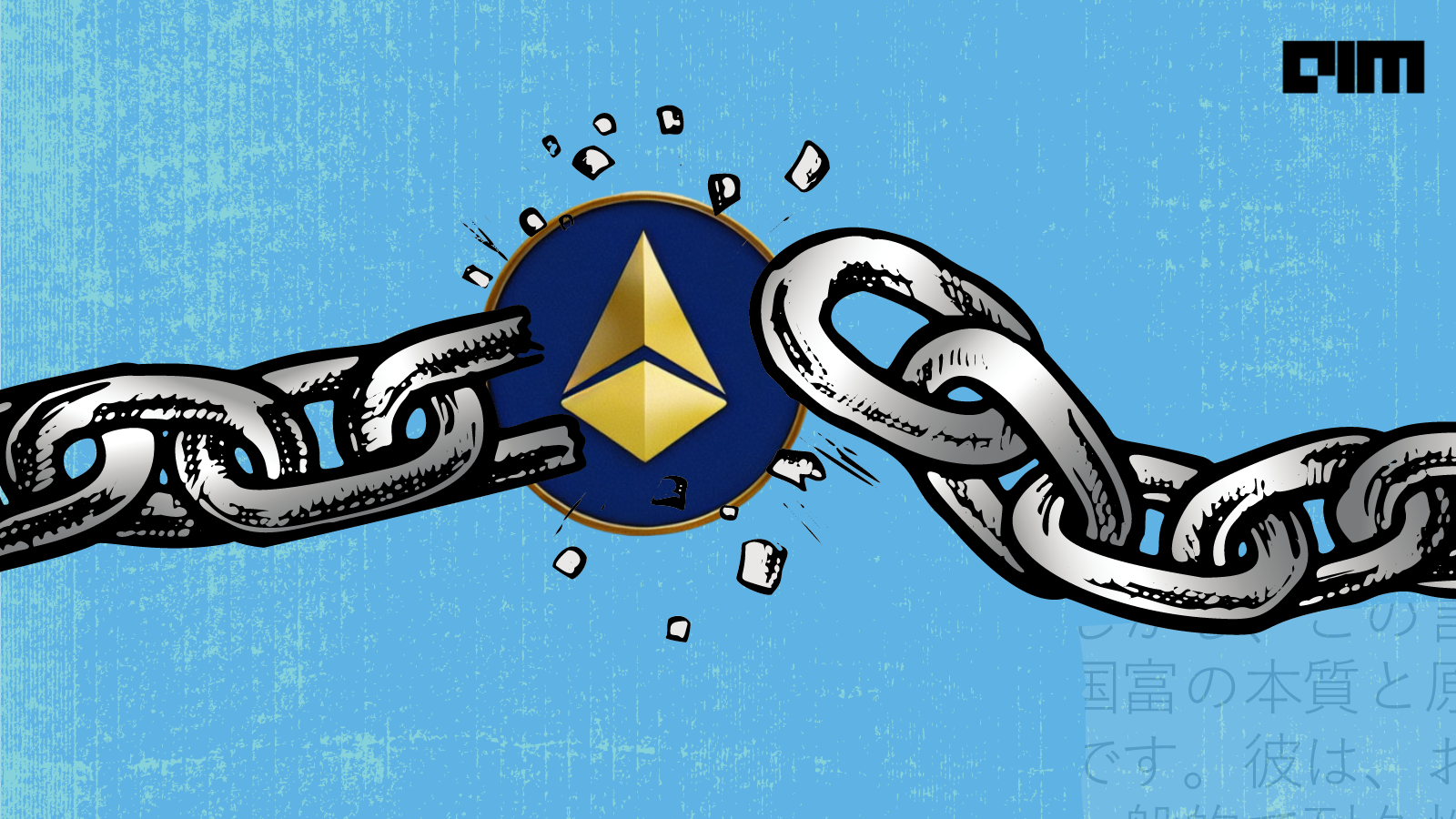 Merge is coming and it is going to adversely destabilise the system. Recently, Ethereum announced that it is going to shift from “proof-of-work” (PoW) to “proof-of-stake” (PoS) between September 6 and September 20, 2022 and it has named the transition “Merge”.

The Merge is going to send strong ripples in the surroundings. Ethereum (Eth) mining is estimated to be worth $19 billion, and Merge is expected to instantly put an end to the entire sector.

There is a lot of enthusiasm around it, but blockchain activists are concerned about the event. They feel that Merge based on PoS will be the final nail in the coffin of “decentralisation of network” and will inevitably lead to centralisation.

The PoS mechanism prioritises entities with more tokens than those with fewer tokens. It means that larger investors have higher profit margins, and if approached logically, they would retain their coins to boost the capacity for manufacturing. Therefore, a larger stakeholder develops more quickly than a smaller one. The expense of participating in the mining operation would eventually become unaffordable, driving away small partners and leading to centralisation.

The better a network or ecosystem is, the more decentralised it is. A system will resemble a Web 2.0 database if it is overly centralised. In addition, people in charge of centralised networks, whether a cartel or a single person, have the ability to manipulate them.

Due to its decentralised blockchain technology and second-largest market cap, Ethereum allows anybody to set up a node and participate in the network’s operation.

Furthermore, 34.7% of nodes are running in residential environments. Over 50% of the residential nodes are connected to just a few US internet service providers, including Comcast, Verizon Spectrum, and AT&T.

Therefore, the data provided above shows that of all of the Ethereum nodes on mainnet, nearly 50% are facilitated by Amazon, Comcast, Verizon, AT&T and Spectrum, which conveniently enough corresponds with the Etherscan stat of ~49% of Eths US network distribution.

Early in August 2022, the US government announced a ban on Tornado Cash, a service that helps some cryptocurrency owners protect their anonymity by scrambling information trails on the blockchain. The government argued that the platform has played a lead role in money laundering worth $7 billion.

Many in the cryptocurrency community, however, have sternly criticised the decision because they view it as a government overreach that goes against their core principles of privacy and autonomy.

Last week, Hetzner Online, a German data centre, said that using its hosting services for any cryptocurrency mining application is not permitted. In a Reddit thread, the business stated that its ban on mining-related usage encompasses both Proof-of-Stake (PoS) and Proof-of-Work (PoW) applications.

Since 16.0% of Ethereum’s validator nodes are now hosted on Hetzner’s servers, the company’s stance on PoS applications could have major consequences for the Ethereum ecosystem.

These cases give us the hint of the issue with centralisation and the overarching control that the government exercises on it.

Once Ethereum migrates to proof-of-stake, it turns out that all of these proof-of-stake validators—Binance, Coinbase, Huobi, Bitcoin Suisse, Bitstamp, Blox Staking and others—would be easily centralised and regulated.

Currently, over 66% of the beacon chain validators will have to adhere to OFAC—office of Foreign Assets Control, a financial intelligence and enforcement agency of the U.S. Treasury Department—regulations and compliance. So, we have a situation where there can be a potential 51 majority attack on the ethereum at the protocol level where the government can regulate and control the entire blockchain.

The government can issue orders to these validators, which are big companies now, to not process blockchain transactions that involve certain addresses or that interact with tornado cash or any type of protocol they choose.