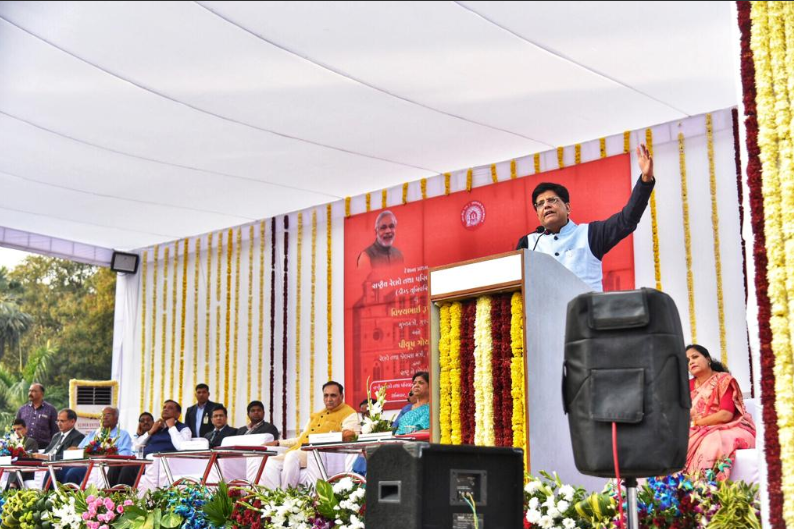 With layers of bureaucratic hurdles and archaic public systems, efficient governance can be a challenge in India. Many a time, citizens dread to approach public offices owing to their lacklustre attitude. However, this perception about the government is slowly changing as it has been taking deliberate attempt to revise its systems for the benefit of the larger public. From Indian Railways to the NITI Aayog, the government has used the potential of artificial intelligence (AI) and robotics in the most innovative ways.

In order to tighten the security in public spaces, several police departments in the country partnered with AI startups and companies to monitor the crowd and even to nab a murder suspect.

In a first, the Karnataka Police used AI to crack the murderer of journalist, Gauri Lankesh. Speaking to the media after arresting her murderers, the police said that the AI system was used to extract pictures of the suspect from hundreds of CCTV cameras which were placed across Bengaluru.

In another example, Gurgaon-based AI startup Staqu was roped in for better policing. The startup’s mobile app, Artificial Intelligence Based Human Efface Detection (ABHED) was used by the Rajasthan Police and it offered tools like criminal identity registration and missing person’s record. With advanced features like speech recognition and text processing, the app helps officers to identify suspects from a pool of data.

Although several health startups and private hospitals have been making a substantial stride in incorporating AI for providing better health facilities, the application of AI in public healthcare still remains at a nascent stage. However, in recent times, institutions like All India Institutes of Medical Sciences (AIIMS) and the health department are slowly mulling the application of New Tech in an attempt to revamp the Indian public healthcare system.

In April this year, researchers at AIIMS said that they are developing a smart diagnostics which will use AI to predict Alzheimer’s at an early stage. In order to achieve this, the AI system will be fed with mapping of brain functioning of the patient, images and neuro-chemical information to detect the disease.

Recently, the Indian government got the assistance of the British government in leveraging AI and big data for finding quicker healthcare solutions. The British expertise in the field will be used for medical imaging, using phones to aid doctors during surgery who will be assisted by an AI assistant. So far, Karnataka has received 38% of UK investment to make advancements in the field.

If you check the latest website of the Indian Railway Catering and Tourism Corporation (IRCTC), it is pretty clear that they have done a commendable work to replace the old and rather confusing website with something very user-friendly and easy to navigate. The Railway has been lauded for its work in incorporating AI for handling catering and customer queries. To achieve this, they installed an AI system called Wobot, which will go through the data collected from 16 high-definition cameras to detect pests in the cooking facilities. The reports are then send to higher authorities for strict monitoring.

The railway has also said that it would be using emotional intelligence for serving the passengers better. Recently the Ministry of Railways organised three workshops with the main focus on the module of ‘Leading with Emotional Intelligence’, covering all General Managers and Divisional Railway Managers of Indian Railways at National Academy of Indian Railways (NAIR) in Vadodara.

Centre for Artificial Intelligence and Robotics (CAIR), an offshoot of Defence Research and Development Organisation (DRDO) is a lab that is dedicated exclusively for building advanced robotics. In fact, the organisation goes by the motto, “Adding value to information. Enabling battlespace dominance.” It is currently developing an AI-powered multi-layered architecture called the Multi-Agent Robotics Framework (MARF). The system is built with a host of military application and will allow for collaboration between various robots Indian Army has already built.

The Indian army has also started using unmanned autonomous vehicles for detecting mines and for surveillance purposes in territorial waters. The army recently tested a range of Unmanned Aerial Vehicles (UAV) which operate in manual and autonomous mode.

Realising the potential of how AI can benefit Indian farmers by helping them understand cropping patterns and seasonal changes, the Indian government has collaborated with many private players to bring AI to the fields. NITI Aayog has collaborated with IBM to start an AI-powered pilot project in precision agriculture in seven districts across the country.

IBM’s product will provide the farmers with real-time crop-yield predictions thus helping the latter take requisite actions at the right time. In the future, the government hopes to come up with a system that will help farmers with “climate-aware cognitive farming techniques” and provide a warning in pest attacks and disease outbreaks through AI.

Alexa The New Love Guru Can Take Out Unpredictability In Relationships

Use Cases Of AI In Indian Government: A Comprehensive Report By AIMResearch