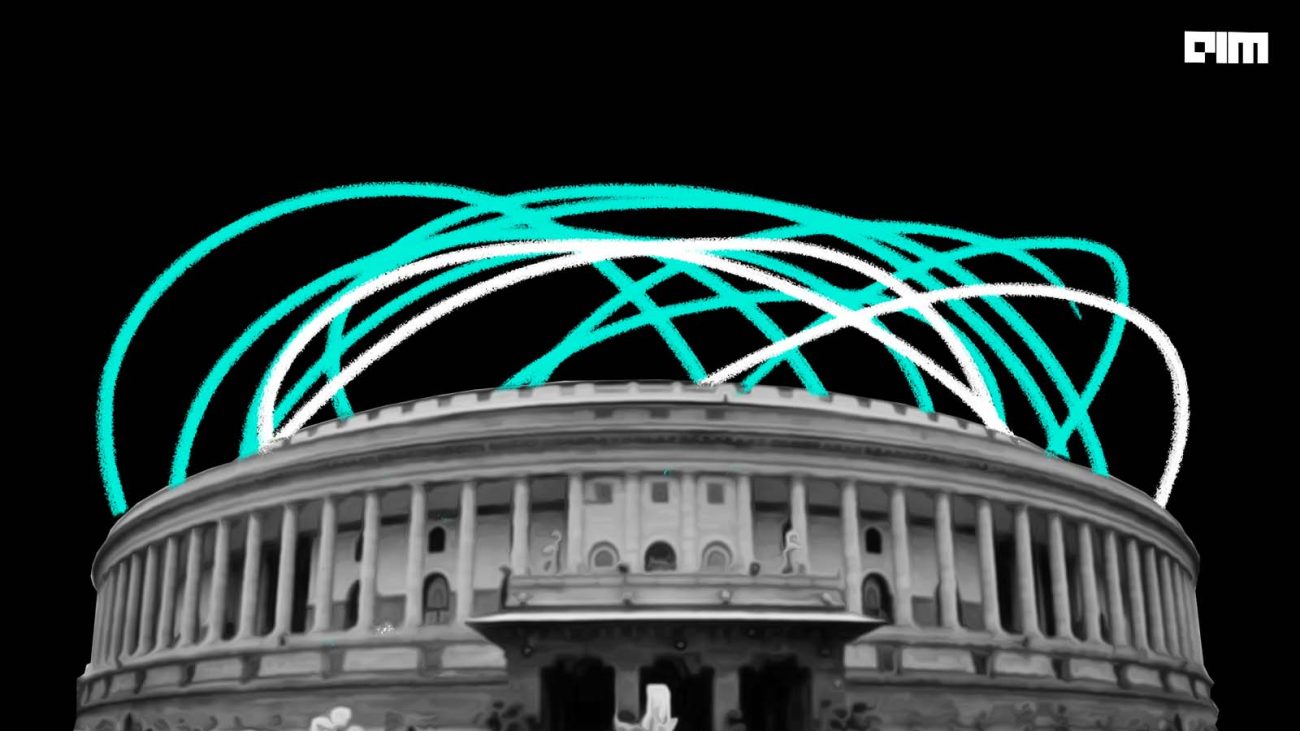 When we think Parliament, technology is not the first thing that comes to mind. And we can hardly be faulted for it. However, not all is lost here. A few countries and individuals are constantly focusing on implementing Artificial Intelligence (AI) and Machine Learning (ML) to enhance the efficiency of policymakers.

For instance, a man from Belgium (who likes to call himself an artist), made an AI system, which automatically detects politicians found distracted during a House in session and tags them on Twitter!

The Parliament of South Africa is exploring the possibility of deploying a chatbot to assist the MPs. As per the inter-parliamentary union, this chatbot will help policymakers check the status of Bills, resolutions, and questions etc. These bots can also tackle questions like, “Where is the venue for the meeting?” or “Has my travel been sanctioned, yet?”

The US has already introduced automation in their Parliament; it differentiates between Bills, amendments and current laws. Although it still needs human intervention, the claim is that it provides 90% accuracy.

Switzerland may well be on its way to giving the post of ‘Member of Parliament’ to a robot. When Swiss foreign policy think tank Foraus, along with Swissnex, invited the ideas for creating an AI strategy for Switzerland, the demand for ‘AI-Bundesrat’ came up. (Bundesrat: a federal council).

Luca Brunner, a former board member of Foraus who presented the idea, said, “The ‘AI-Bundesrat’ would therefore always lead the “big data department” and help the government make more informed decisions. For example, it could provide further information on the impact of a certain policy or calculate the costs for a policy recommendation.”

Brunner also mentioned how the Swiss political system could potentially become more democratic as citizens would be able to reach the government directly through an online channel. AI-Bundersrat will have all the facts ready at hand and could bring the voices of ordinary citizens to the Parliament.

The steps taken by countries like Switzerland have nudged parliaments around the world towards employing more digital tools available to them for their parliament. According to the World Parliament Report 2022, the use of digital tools has increased among MPs. Often considered ‘boomers’, the policymakers are now using communication tools like instant messaging and social media.

Speaking of reports, the Netherlands House of Representatives has introduced a system called ‘Speech2Write’, which enables the Parliamentary reporting officer to translate voices into written reports.  As per the Inter-Parliamentary Union, “Speech2Write comprises automatic speech recognition and automated editing capabilities that can remove filler words, make grammatical corrections and propose editing decisions.”

At the same time, Japan is developing a system which will make parliamentary videos accessible through a simple Google search. GRIPS (The National Graduate Institute for Policy Studies, Japan) is working on integrating speech recognition and analysis of audio and visual information.

Where does India stand?

When we hear about the ongoing developments around the globe, it’s natural to wonder where we stand in comparison. India is the largest democracy in the world and also claims to be the most culturally diverse nation.

There are only a handful of policymakers to address the issues of 130 crore+ citizens. Although the government intends to increase its strength in the upcoming years with the all-new Central Vista project, it still wouldn’t be possible to address all the issues in Parliament.

AI could provide a solution to this since we’ve already seen how other countries are innovating and making parliamentary activities more productive. The good news is, India already has one such project under the scheme ‘One Nation, One Application’. The National E-Vidhan (NeVA) portal has been set up under this initiative.

The NeVA portal was designed to be launched in two phases. In the first phase, the plan is to make parliamentary activities paperless and gather as much data as possible. Phase two is where automation and AI step into parliamentary activities. The second phase of the NeVA system would be implemented only after the first phase is successfully implemented in every state assembly along with the Parliament.

As per a report by the Ministry of Parliamentary Affairs, Himachal Pradesh has already implemented e-Vidhan as a pilot project. The first phase will provide services in multiple domains. For instance, it could provide the option to record the speaker’s time, and accumulate the data; it could also control 3-voting and display the results.

Members of Parliament can submit the questions online, club their questions, prepare the final list and publish it. The system can upload and maintain all the Bills to be introduced while suggesting, scrutinising and modifying the Bills.

(Notification regarding the financial assistance to be given to states)

But what makes a parliament truly smart is AI, which is yet to be implemented.

Where can India learn from?

India has a mammoth playing field when it comes to introducing AI in parliament. NeVA has already accumulated huge data from its platform and the Aadhaar data is also available to the Union government.

India, being the largest democracy in the world, can have a more inclusive approach. Brazil, for instance, has a homegrown AI system Ulysses, which supports transparency and citizen participation.

According to IPU, “The system can classify new documents and more effectively tag them within the Chamber’s public-facing web portal. This, in turn, allows the website to automatically make recommendations and provide content based on a user’s interests.”

Different regions in India have different sets of problems. For example, a citizen of Delhi wants clean air, but a citizen of Bihar wants more literacy and opportunities.

So what India can do is make a system along the lines of AI-Bundesrat. We have 245 MPs in the Parliament, we surely can add one more who could represent the entire country – and probably more efficiently.