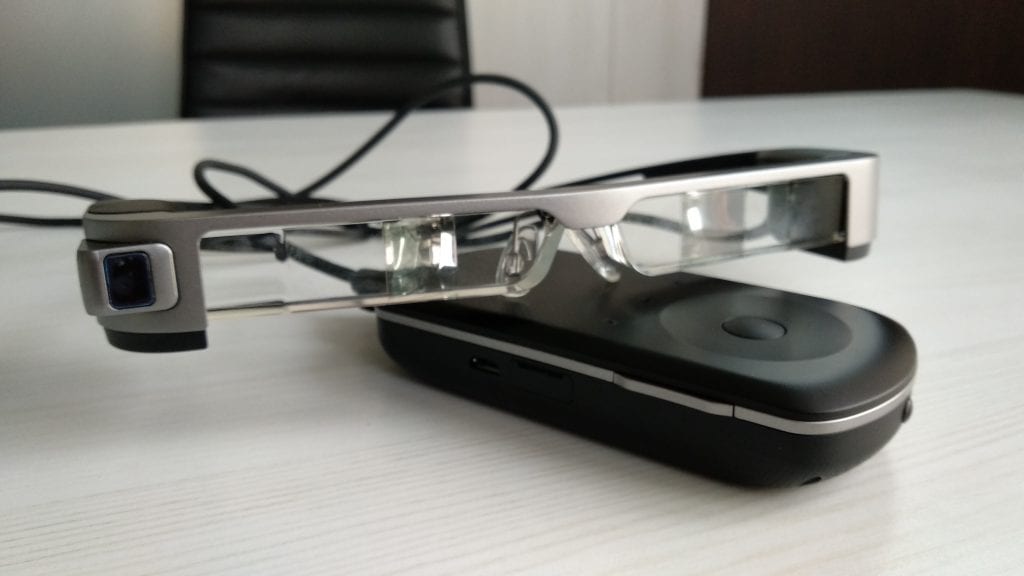 Activities of police forces on ground zero have been fraught with several challenges like identifying criminals or predicting criminal activities based on heuristic data. More problems arise due to lack of appropriate technology which can extract and connect unstructured, disparate and heterogeneous data from criminal records, in real-time.

These data attributes could be grouped into three categories:

It is not feasible to utilise currently available simple software algorithms in computing such complex data structures.

A Gurugram-based artificial intelligence startup, Staqu solved this problem with its proprietary, advanced hybrid AI technology which amalgamates different neural network models to process image, speech and text to extract meaningful information that can aid in decision making. It enables the police to enable and identify potential criminals and terrorists in real-time.

Staqu has been working with eight Indian police departments and one international agency. Recently, the three-year-old startup has been selected to assist Dubai police in reducing the crime rate, with its predictive policing technology. The startup is also working on bundling Sony’s smart glasses with its software.

Analytics India Magazine interacted with Atul Rai, CEO and co-founder at Staqu, who talked about their AI-powered predictive policing solution and how it works on smart glasses, CCTV cameras and other image-acquiring devices.

Smart Glasses utilises the inbuilt camera which captures input to trigger facial recognition and identify potential threats such as criminals, intruders or terrorists.

Consider an election rally or an important delegation, where security personnel are at high-alert but don’t have any mechanism to scan the crowd and get information regarding the background of the people present at the gathering. There are high chances that a criminal in disguise may cross a police check-point, unnoticed. In such cases, the smart glasses identify people in the crowd who might pose a risk for the people in the area and streams the information via WiFi or 4G at the security hub. After streaming the live video, the device checks the data against available records. Once the face is identified from within the given database, the AI-powered smart glasses project the results on the glass screen. 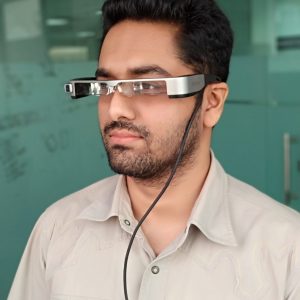 The information is streamed from a centralised server and the glasses can further be controlled from the centralised administrative portal. The entire process happens in real-time as the security personnel simply glances over the vicinity. Even in wild scenarios, the glasses fuse together speech and image recognition to utilise a hybrid identification technology and uniquely identify anyone.

The AI software can also be integrated with any device, including smart glasses, CCTV footage, cameras and other image acquiring devices. “We can integrate our software solution that is already connected to a centralised database, with any available smart glass in the market,” the CEO said.

The AI-powered Android platform is an extension of its criminal registration and search system ABHED (Artificial intelligence Based Human Efface Detection).

The startup worked with police forces from different states to help them record and identify criminals on the run. According to the company, the program resulted in the police nabbing over 1,500 criminals in the first three months.

However, ABHED doesn’t work in all cases. For instance, police cannot take a picture of every person present in the rally to match it with the database. This led the company to develop this AI software to make the criminal recognition faster.

Rai explains that the predictive policing solution is going to have a tremendous effect on the functioning of law enforcement and crime control units. Security personnel and police forces can utilise this solution to:

However, this predictive policing solution is not available for general public.

Smart Policing Need Of The Hour

Not just Staqu, even Hyderabad-based AI and ML startup H-Bots Robotics has developed a police robot to assist in handling the law, order, and traffic management. The life-sized robot, which was deployed last year in Hyderabad, is equipped with cameras and an array of different sensors like ultrasonic, proximity and temperature sensors. The robot is designed to protect and secure places like offices, malls, airports, signal posts and other public spaces and can take care of security if deployed autonomously. Reportedly, the “Robocop” can diffuse bombs too. The beta version robot is made in India using all Indian components.

Even China began testing facial-recognition glasses. Police on the outskirt of Beijing are using AI-powered smart glasses to identify passengers and number plates within milliseconds. The smart glasses compare faces and cars to blacklist in real-time and display a red box and warning sign when the match is made.

There are a number of threats like crime, terrorism, theft, murder that are affecting our society. In order to remain efficient and secure the security and police personnel should be equipped with smart technologies to help them resist any kind of threat.