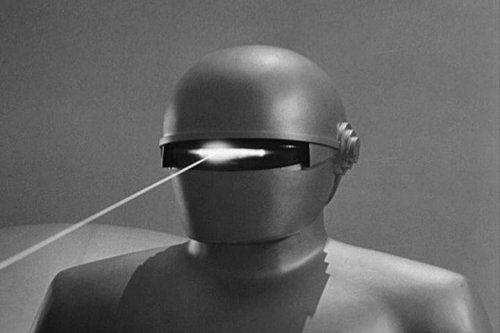 Numerous studies have suggested that bot traffic has clearly overtaken the human traffic on the internet, with the number of bots increasing every year. According to a report by the security firm Imperva in 2016, the number of bots on the internet, good and bad combined, was responsible for a majority 52 percent of the overall internet traffic. A 2018 report shows that bot traffic makes up almost 62 percent of the total traffic on the world’s largest websites.

According to a news report, half of the web traffic on YouTube was generated by bots masquerading as humans. The numbers were so high that it opened up a path for a hypothetical situation that the employees feared would happen in future. They feared that YouTube’s fraud detection systems would start regarding bot traffic as human traffic and real human traffic as fake and they called it “the inversion”.

The bot and fraud detection algorithms will improve over time, and so will the ability of the bot to go undetected.

That may not seem to be as fearful as human beings on the internet but the bots are after all the creation of human beings. How will you decide to trust someone on the internet, how will you know if it’s not a bot that is interacting with you? Sure, right now, the bots may not be so perfect — but if you were amazed by Siri or Alexa or Google Assistant, you certainly know where the technology is headed.

Here is a list of fake entities that exist on the internet today:

Metrics should be the real deal in web traffic because they are a measure. They are countable, trackable, and verifiable. But still even the largest data generator on the internet today, Facebook is unable to generate a genuine figure.

Not all people on the internet are real. According to a news report, there is an ever flourishing business of buying and selling views on YouTube. Yet there is no assurance that views come from real people — these can be bots, too. If you need to have an idea on how so many views can be bought, watch this video of a click farm where hundreds of devices play the same video or download the same app at a time. Can this be considered as real human traffic?

Not only do we have to deal with bots but also with fake people sometimes pretending to be bots. As mind-boggling as it may sound, some companies use real people behind fake chatbots to portray that they use cutting-edge “artificial intelligence”.

The internet has become a supporting platform for many businesses, in fact, the internet itself is a big business. It is home to a lot of fake businesses from selling fake products to fake people selling products as genuine sellers. The fakers are becoming more real that it is often hard to distinguish between the real and the fake.

From articles to media, anything can be forged on the internet. We all have come across fake videos on YouTube at least a couple of times. For now, we can identify the fake ones. But technology is evolving. A recent research paper by NVIDIA demonstrates a technique used to create images of computer-generated “human” faces that look shockingly like photographs of real people.

Social media has become the fastest medium for spreading news, and when we say news we may not often relate it to the truth. Political parties and government agencies often exploit social media for spreading fake news, exercising censorship, undermining people’s trust in media.

Political parties use social media as a platform for manipulating public opinions. We all have discussed ad nauseam about the involvement of Facebook in Trump’s election. At some point, we may all agree that politics is not just fake on the internet, its fake in the real world too.

Is The Future Bleak For Humans?

How many times will we need to verify that we are not robots? We are often asked to retype a distorted word or to select the images that contain a crosswalk or traffic lights and yeah we may have had our share of wrong clicks too. Sometimes it gets confusing. Sometimes it is hard for us as humans to identify a distant bus in an image. But does that mean we are bots? Humans are more prone to making such mistakes and it won’t be very long until bots will be able to crack through such verifications and then “inversion” follows.