Indian IT loves a good recession

The depreciating rupee is working in Indian IT's favour. 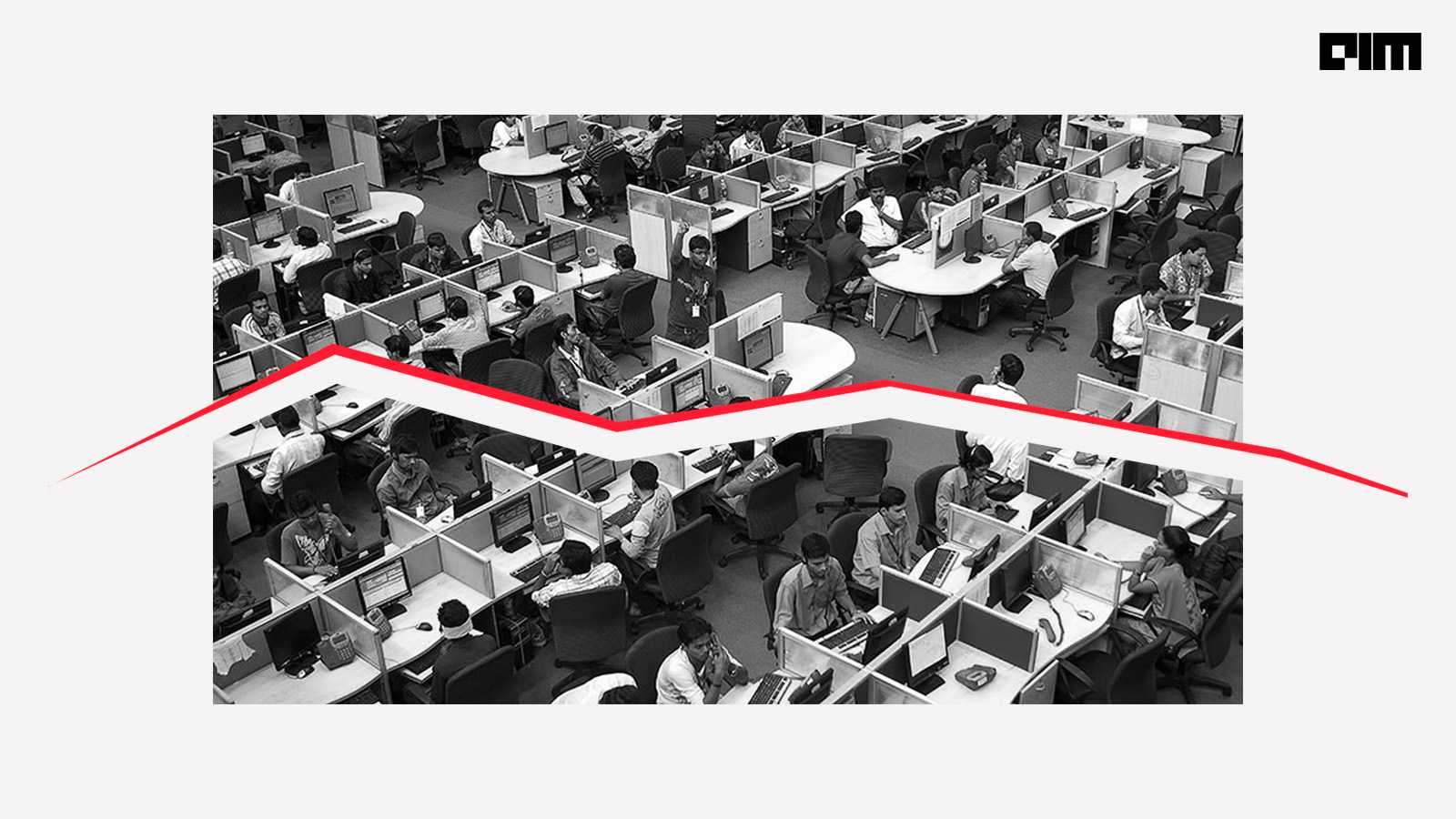 The Indian IT sector seems to be grappling with uncertainty as the fear of recession looms large. Recently, JP Morgan downgraded major Indian IT  firms from ‘neutral’ to ‘underweight’. Similarly, Nomura has also ‘downgraded’ several frontline IT companies over declining revenue.

A potential recession in the US is posing a threat to Indian IT’s growth guidance for the next FY 22-23. According to Goldman Sachs, there was a 30 percent probability that the US economy would tip into recession over the next two years because of aggressive interest rate hikes by the US federal reserve. The Deutsche Bank also warned the recession might hit the US in late 2023, largely due to the federal reserve’s steps to contain inflation.

Between 40-78 percent of revenues of Indian IT companies come from the US. Of which, TCS, Infosys, Wipro, HCL Technologies and Tech Mahindra have more than 50 percent exposure. Indian IT accounts for about 55 percent of the global IT services industry market share.

A twist in the tale

Macquarie Capital views India tier-I as an attractive territory and upgraded all the Indian IT companies in its universe to ‘outperform’.

Post-GFC, India tier-I has become a strategic partner and is not likely to be as impacted by minor cuts in IT budgets that are likely to fall first on smaller firms ( read staff augmentation providers), said Ravi Menon, the analyst at Macquarie.

Menon said even firms that did phenomenally well during the COVID-19 pandemic and are facing revenue and margin headwinds now are not expected to cut technology budgets. However, they might reduce travel costs, limit the extensions granted to highly experimental projects, and are most likely to shrink budgets by ~1 percent.

Read: This time, it’s different for Indian IT

Making a case for Indian IT companies

“The offshoring activities will go up in the case of a recession,” Vineet Choudhary, former investment associate at Prime Venture Partners. Global tech companies will slam the brakes on ‘wasteful’ expenditures and focus on their core offerings which often leads to a step up in outsourcing as a cost-cutting measure. In other words, the Indian IT sector stands to gain.

Technology outsourcing is expected to grow by around 20 percent annually over the next decade as companies are stepping up digital transformation initiatives and renewing existing contracts with IT vendors. As a result, IT companies have been on a massive hiring spree.

In other words, Indian IT is less likely to be impacted by the recession.

Previously, for the legacy IT projects, renewals were focused on maintenance, and required fewer resources to manage. However, thanks to the changing nature of digital transformation deals, the future requirements will exponentially increase deal sizes and the talent required to service them.

“TCS and Infosys alone have over 20-25 percent of customers in the European region,” said Choudhary, stating that Indian IT has a lot of geographical diversity.

The Indian economy is poised to grow at a double-digit rate. “Prices will go up at least at the rate of PAT (profit after tax) growth,” said Choudhary. Citing the P/E ratio of most Indian IT companies, Choudhary said the valuation would grow at 20 percent, generating good cash flows.

In addition, the depreciating rupee is working in Indian IT’s favour, as a weaker rupee should theoretically boost exports and offshore activities.

On the bright side

IT analyst Pareek Jain said, as seen in the past – every recession is followed by a high period of growth in the Indian IT outsourcing business – be it 2000 or 2008.

For instance, 2008 (also known as global financial meltdown) was a strong year for Indian IT companies in terms of the number of contracts; the total value and the annualised contract values exceeded that of the previous year. Government, healthcare and the manufacturing industries saw above average growth compared to other sectors.

The worldwide IT/ITES grew by 12%, the highest among all technology related segments. Hardware spend had also grown by 4% from USD 570 billion to nearly USD 594 billion in 2008.

Jain said that in the short term, there might be a few cutbacks in spending, which may impact a few digital projects in a few enterprises. There would be high growth in outsourcing to India in the medium term. However, because of the recession, companies will look at optimising their operations aggressively, he added.

Assumptions about what can be outsourced had changed during a pandemic when everyone was working virtually. Now, enterprises have the option to revisit those assumptions and look for outsourcing more. “There is no other region in the world which can compete with India for talent at scale at the right price points. Eastern Europe was becoming a competitor to India, but because of the current geopolitical situation, India will be preferred more,” said Jain.

Thanks to cost-saving benefits, quality of talent and government policies, India has become a hub for outsourcing. The report showed close to 80 percent of the US and European outsourcing firms prefer Indian for their outsourcing needs.

Though the Philippines, Mexico, and Ireland have emerged as strong competitors, India has still managed to come out as the top outsourcing destination. The major companies that outsource to India include Microsoft, CISCO, Amazon, Google, IBM, American Express, Dell, HP and AT&T.

He said the biggest reason for attrition in India is the startup boom and their crazy salaries. “They were in the race to scale faster on VC money. Now, the new funding will rationalise, and startups will be less aggressive in hiring with high salaries,” said Jain.

Jain said many startups have started laying off people and conserving cash, as advised by many VC firms. “This, along with other measures adopted by the industry, will bring down the attrition for all in the tech sector, including IT service providers,” he added.

Roughly, 17K employees have been laid off from 71 tech companies, around the world in May since the early days of pandemic. Last month, close to 6000+ people were laidoff from various startups including Vedantu, Cars24, MFine, Meesho, and others. However, IT companies on the other hand, are on hiring spree despite the global downturn. As per report, close to 40-50 percent of employees are getting absorbed by IT companies, consulting, and product companies.

“If any business continues to have good demand and now more available supply, that business is bound to grow,” said Jain.

“Remember in the second half of FY21 when revenue declined for many service providers, but stocks started rising on high optimism. So again, there could be a dichotomy, but in the opposite direction. The revenue will rise, but stocks may come down for Indian IT service providers on bearish sentiments,” he concluded.