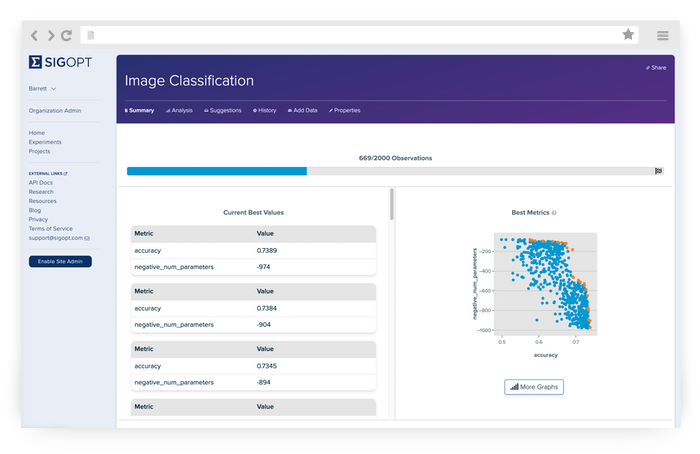 Intel has announced that the company is planning to acquire a San Francisco-based software optimisation startup — SigOpt. The company further stated that the terms of the deal are expected to close this quarter, however, weren’t disclosed to the media.

According to the company’s statement to the media, Intel is planning to leverage SigOpt’s technologies across its products to accelerate, amplify, and scale AI software tools for developers. The company further stated that SigOpt’s software technologies would be combined with Intel hardware products to gain a competitive advantage and provide differentiated value for data scientists and developers.

Considering Intel was undergoing a few setbacks, this acquisition is a response to the same. With the delay of Intel’s 10-nanometer processor hardware, the company announced the push back of its 7-nanometer manufacturing process. As a matter of fact, earlier this year, the company broke off with its Nervana AI model training technology after investing $2 billion acquiring chipmaker Habana Labs. The new acquisition of SigOpt will be aimed at focussing on the software side of artificial intelligence and machine learning.

Understand the company better — SigOpt was designed to make experts more efficient. Co-founded by Scott Clark CTO Patrick Hayes in 2014, after completing his PhD at Cornell, developed the framework to optimise ML models and A/B tests at Yelp.

SigOpt optimises hyperparameters to generate high-performing models in production. The platform and its API supports 100 hyperparameters and 100 times parallelism, incorporating a range of features like multimetric optimisation, multitask optimisation and conditional parameters — and leveraging Bayesian and global optimisation algorithms. Only with a few lines of code, businesses can embed SigOpt into workflows. This could be possible regardless of the type of AI platform, model management solution, cloud infrastructure, client library, or model type. The company also can create up to tens of thousands of concurrent experiments, like parametise models and run optimisation loops, tracking experiment metadata and providing visualisations in a web insights dashboard.

SigOpt has claimed to have worked with many algorithmic traders, government organisations and academic users like MIT, the University of California, Berkeley, Carnegie Mellon, and Stanford; and has raised a total of $8.7 million in venture capital from many investors.