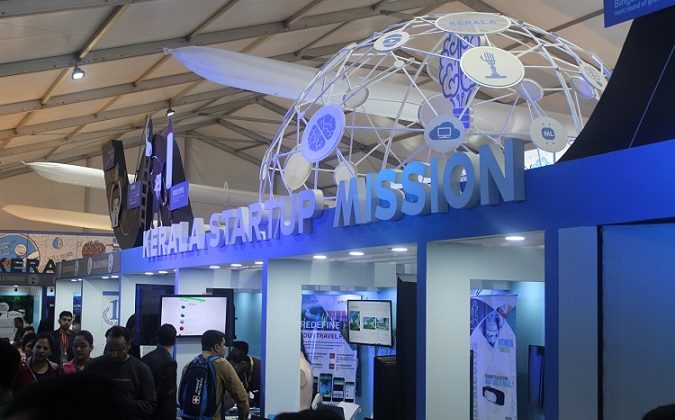 The startup ecosystem in Kerala has taken off in terms of the latest developments and incubations across the state. With Kerala Startup Mission (KSUM) playing a key role in identifying young talent and nurturing their entrepreneurial dreams, the startup ecosystem has received a major impetus with Kochi emerging as a hub for deep tech companies.

One of the primary reason for its success in developing a growing startup ecosystem is its interlinking of colleges, incubators, government institutes and startups. By focussing on developing entrepreneurial skills at the grassroots level and fostering a DIY (do-it-yourself) culture in schools, in addition to mentoring through various innovation and entrepreneurship development cell in colleges, the state government has successfully brought all the stakeholders under one roof.

Added to this, is the policy changes that it adopted leading to a massive boost for the startup growth in the state. In 2014, Kerala became the first ever state to formulate a draft policy in the development of the startup ecosystem. With the passing of Kerala Technology Startup Policy 2014, the government hoped to promote a scientific and technological environment for the youths to follow their dream within the state.

This was followed up with measures to extract more external investments for scaling up the ventures quickly. With KSUM adopting fund of fund strategy, it was able to divert more money to home-grown start-ups.

“One of our core philosophies is focusing on revenue generation over attracting external investments, and this is done by encouraging startups in our network to address the problems that have blue ocean opportunity,” M Sivasankaran, Secretary, Electronics and Information Technology of the state said in the recently brought out Kerala Startup Ecosystem Report 2018

In September 2018, to aid the startups’ growth the government increased the cap on direct purchase of software products, services and mobile app from the ventures cleared by the Kerala Startup Mission (KSUM) from $6865 to $27,463.

Speaking on the matter,  Saji Gopinath, Chief Executive Officer, Kerala Startup Mission said “The $6865  ceiling seems to be a challenge in enhancing the scope of innovative products in government departments, this government order will help startups to work closely with government and come up with innovative solutions which are useful for the departments. The recent floods also proved the startups’ capability of supporting the government in disaster management.”

Due to the government’s and other agencies relentless push to make Kerala a more attractive destination for startups, it was named as one of the ‘Top Performer’ in the States’ Startup Ranking 2018 by the Department of Industrial Policy and Promotion (DIPP). Though it came second in line, as the ‘Best Performer’ was named as Gujarat for their vibrant start-up environment.

In the ranking, DIPP has, however, listed a few steps that states like Kerala could adopt to improve their existing startup ecosystem. Taking the suggestions into consideration, the state government invited startups to set up an IT project for its various departments, boards and local-self governing bodies which were previously outsourced to external agencies. As per the recent report, as many as 40 start-ups from across the state have already begun their work for the departments.

In this article, we explore how Kerala has emerged as one of the destinations for deep tech startups. Though it lags behind Bengaluru and Hyderabad in terms of adoption and market penetration, there is a growing percentage of deep technology startups setting up base in the state. Though IT startups constitute 35% of the total the ecosystem, only a handful has made a debut in deep technology such as AI, ML and Deep Learning. Though small in number, some of these startups have already created a buzz with their unique initiative. Here are our top three picks.

Ajna: This Trivandrum-based startup leverages deep learning, blockchain technology and autonomous drones to predict illegal logging. AI is used to detect the change in tree covers based on the images and videos recorded by the drones. The AI system can then detect the change canopies of an individual tree.

RecipeBook: This Kochi-based startup uses AI, image recognition and natural language processing to discover a recipe on the internet. It was started in 2015, by Ajmal Azeez, Aswin R, Kishan Pankaj, and Balram P. It was one of the three AI startups who represented India in the 2016 NVIDIA GPU Conference held in San Jose.

Tranzmeo: One of the fastest growing companies in Kerala, this is also the first ever AI startup to receive funding from India-based Fortune 500 Company. Started by  Safil Sunny in 2017, the start-up’s T-Connect OneView is an anomaly forensics application which uses deep learning and AI technology to predict anomalies.

Here’s Why Machine Learning Wins Hands Down Against Conventional Programming