Microsoft Lines Up An Inclusive Product Portfolio For Pride Month 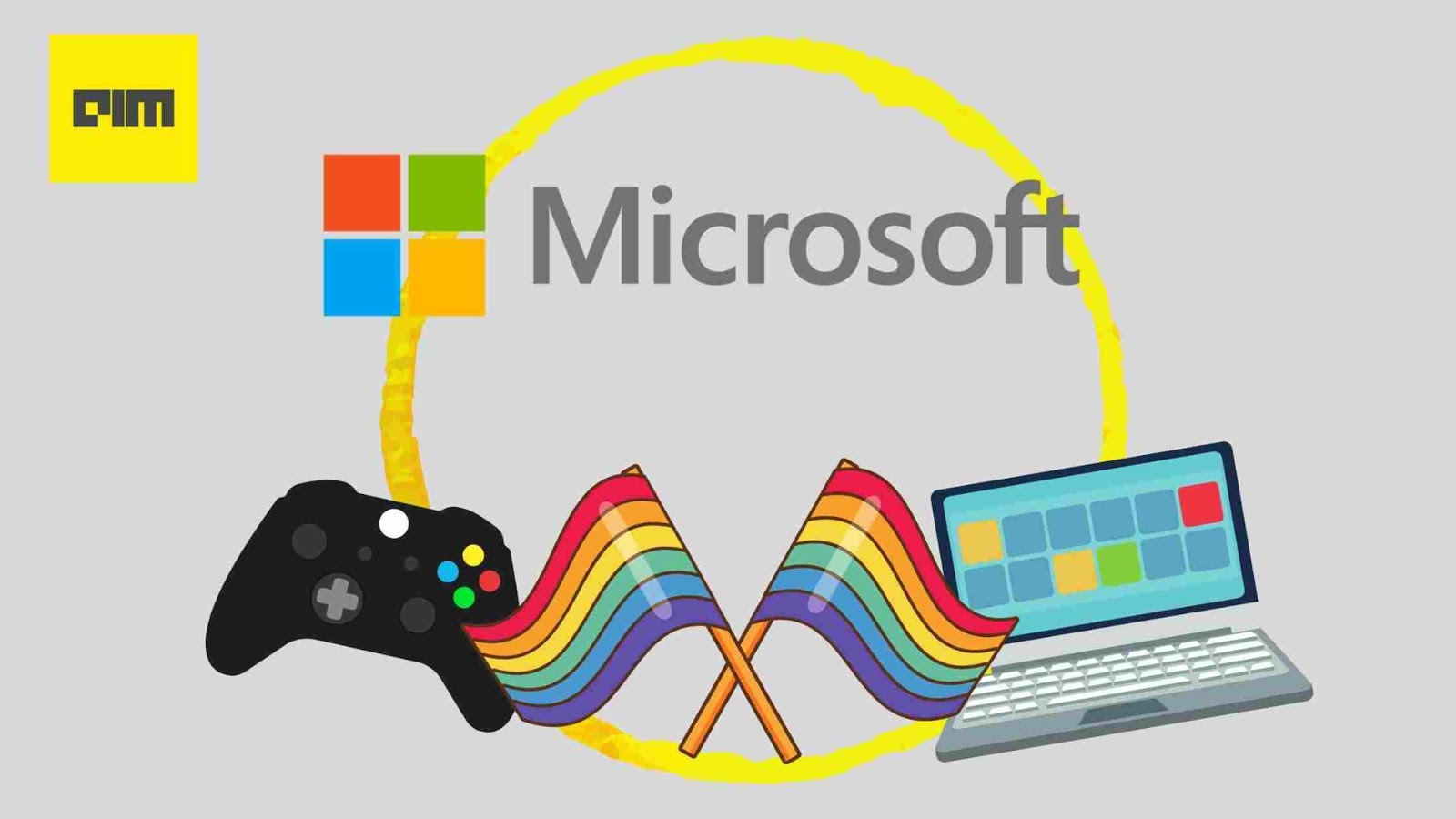 In a colourful turn of events, Microsoft announced a new line-up of Pride-themed products– a first in its history. The products were created with the help of Microsoft employees belonging to LGBTQI+ communities.

Chris Capossela, Executive Vice President and Chief Marketing Officer at Microsoft, said, while selecting the focus for 2021’s Pride, Global LGBTQI+ Employee and Allies at Microsoft (GLEAM) have reflected on the intersectionality of the communities, centering on the stories of Black, Asian, Latinx, and Indigenous LGBTQI+ people. GLEAM has reflected on the spectrum of issues that the community has been facing today and on issues that are salient for LGBTQI+ people– working to protect transgender lives; working towards racial equity; mitigating the impact of COVID-19 on the community; expanding environmental equity; increasing Indigenous visibility, and more.

“LGBTQI+ people at Microsoft believe that true power lies in coming together across communities to create change,” Chris added.

The Global LGBTQI+ Employee and Allies at Microsoft members have worked with various teams to release the most extensive line-up in the company’s history.

Xbox: Supporting the initiative of bringing unity among its LGBTQIA+ gaming community, team Xbox has focused on intersectionality and lifting the community’s voices across the gaming industry.

Xbox games: Team Xbox has introduced livery design in Forza Horizon 4 and Forza Motorshop 7 and MCC Pride nameplate in Halo. Award winning game ‘Tell Me Why’ will be free to play all of June on Xbox consoles, Microsoft Store and Stream.

Xbox Gear: The Xbox Gear shop is celebrating Pride month with collections from Xbox and Halo. It has released limited-edition Pride-themed t-shirts and bags — all of them created by and with the LGBTQIA+ communities.

Skype: The Skype team has introduced virtual backgrounds and ‘Together Mode’-scenes inspired by the various LGBTQI+ communities.

Microsoft 365: Select Microsoft 365 apps now have themes inspired by the flags of the LGBTQI+ community.

Outlook mobile: iOS and Android’s outlook apps have been loaded with themes inspired by the Pride, trans, lesbian, bisexual and nonbinary flags.

Windows: Users will now be able to personalise their devices with Pride wallpapers inspired by retro Windows experiences.

Give with Bing: Users who have access to Microsoft Rewards can search Bing and support LGBTQI+ youth in crisis by donating to the Trevor Project (an American non-profit organisation focused on suicide prevention among the LGBTQIA+ community).

Bing: Bing users can explore stories of people who have been contributing to the LGBTQI+ equality cause.

Microsoft Store: Microsoft has introduced a collection of games and movies curated by the LGBTQI+ community in the company.

Microsoft News: Microsoft will highlight LGBTQI+ content experiences across 20 markets and in 10 languages.

Starting in 1989, Microsoft was one of the first companies to introduce sexual orientation in its non-discrimination policies. Last year, Microsoft donated over $2 million to organisations supporting the LGBTQI+ community. This year, the company is donating $1,50,000 to non-profits across the globe fighting for the equality of the LGBTQI+ community.

Additionally, Microsoft is hosting a three-hour virtual Pride event on June 24 on its YouTube channel to discuss intersectionality, solidarity and representation with artists and non-profits.