No, Robots Are Not Taking Away Your Jobs, They Are Making Them More Humane 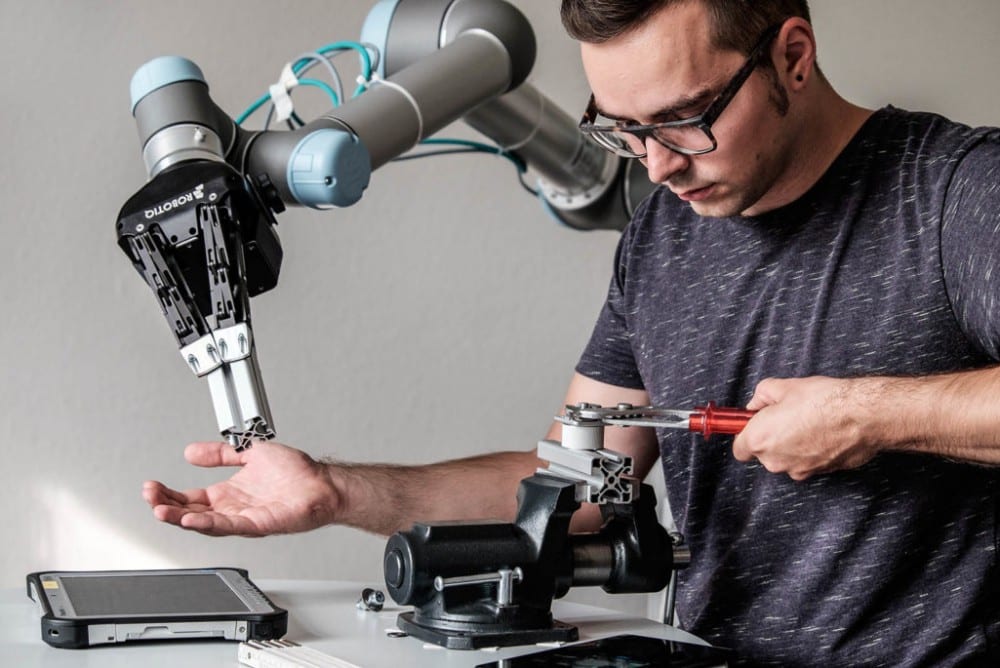 There’s no dearth of doomsday theories where it’s speculated that artificial intelligence would slowly take over the entire world — starting with jobs and sources of employment. While experts say that many jobs will be affected — not necessarily reduced — by AI, it all boils down to how wisely we allow technology to have an impact on us.

For example, robots can help reduce the mundane and repetitive tasks, which can help explore human skills like empathy and creativity in effective ways. Automation can provide in routine work and put humans to the work that requires variability and creativity.

A study titled The Augmented Human Enterprise conducted by University of London for the robotic Automation Anywhere, showed that organisations augmented by automation technologies are 33 percent more likely to be ‘human-friendly’ workplaces.

Communications is a prominent sector where AI eminently helps us make work more like humans. AI bots can simplify mundane questions and make time for humans in the organisation to engage in more interactive communication. Deploying AI in automated tasks gives employees the time to engage in more complex, creative and strategic issues, making their work more human. Humans will then be able to spend less time in searches and engage themselves in fostering personal relationships. AI will not replace personal conversations but will support as a human to make the conversation better.

Robots increase learning and engagement in organisations, as employees tend to be more productive and creative when the normal mundane tasks are taken up by the machines. It would improve and increase the working culture, benefitting both, the organisation and the individual.

What Work Can AI Do To Make Work More Human?

Examples of routine work that can be done by AI includes updating lists on employee payroll data and transferring data from files. Robotic Process Automation (RPA) is a technology that is used to perform these tasks faster and with no errors compared to the errors that humans tend to make. This technology can be used for an error-free, fast performance of such unswerving jobs.

Cognitive automation is another tool that can be used that uses machine learning tools to learn and perform. It improves its learning over time by learning from examples and experiences. It can also handle a large amount of data. So, cognitive automation can be deployed to perform complex tasks that humans do not necessarily need them to do like answering some standard questions to customers. This would free up the time for humans to perform tasks that require a more human interaction with the clients/customers.

Here are some interesting examples

Automation has also picked up the pace in the farming sector and can perform routine tasks like land survey, driving tractors and cutting and harvesting the crops. There have been several wine-bots and lettuce bots already in use, that are helping humans eliminate repetitive hectic tasks.

Sectors like manufacturing, finance, insurance benefit from augmentation. The manufacturing industry is going through a new revolution labelled “Industry 4.0” which involves the key systems to be fully automated as well as data fed from various sensors to central control programs.

In the research by Automation Anywhere, showed a high degree of organizational readiness for AI and RPA based augmentation. Amazon is going to hand over all its repetitive tasks done by humans to AI. It has 30,000 robots working in its warehouses and performing repetitive tasks. Cambridge Industries Group (CIG), a Shanghai-based firm is trying to replace two-thirds of its 30,000-human workforce by robots. Mitsubishi Electric, a Japanese electrical and electronics manufacturing company uses techniques to provide reliable AI solutions in the manufacturing sector.

Customer relationships can be managed can be managed in real-time with the help of AI being able to spot patterns that can be used by banks to reduce complexity and increasing customer rates. Organizations can benefit both structured and unstructured learning. Insurance companies should focus on the aspects of culture for the augmentation to be more effective and making work more human. Zurich, an insurance provider company, along with their RPA provider partner Capgemini says that its local policy insurance process has been automated by RPA.