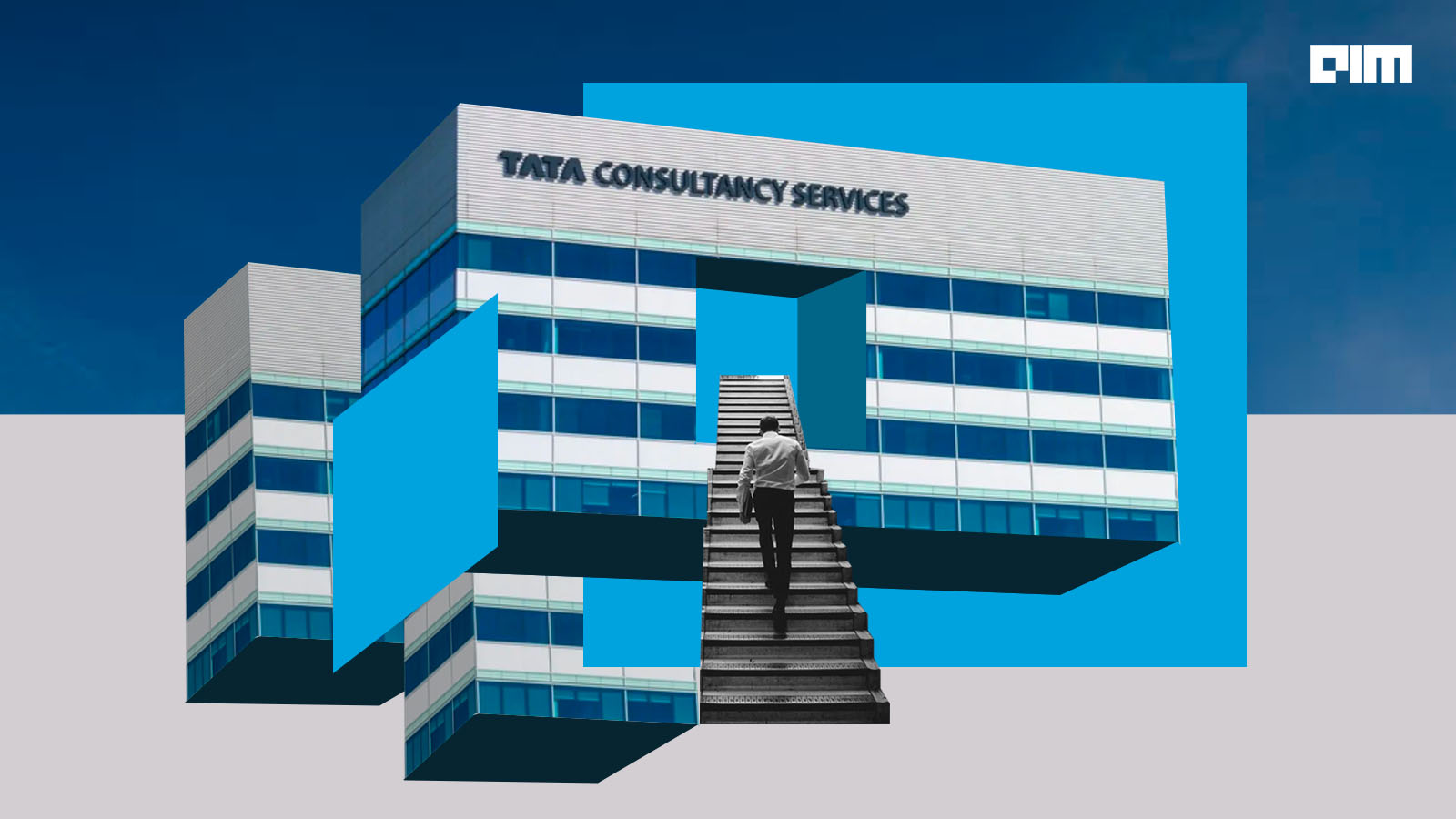 At the earnings call, the company reported a continuing growth momentum, where it has been steadily seeing progress across both markets and customers.

The company says that it has a steady demand, reflected in its pipeline and deal closures. It has complete contract signings of $8.2 billion this quarter, with a couple of deals in the range of about 400+ million.

In terms of employee headcount, TCS stands at 606,331, i.e., up 97,270 employees YoY basis, or a growth of 19.7 per cent for this quarter. It aims to continue adding more people to build up the capacity for its long-term growth while also balancing its demand for talent. The same is reflected in their attrition numbers as well.

Revenue-wise, it has generated a growth of $6.8 billion, growing 16.2 per cent in rupee terms, 15.5 per cent in constant currency terms and 10.2 per cent year-on-year (YoY) in dollar terms.

From a vertical market perspective, TCS recorded continuous growth momentum in its BFSI with 13.9 per cent YoY growth and clocking in at $2.18 billion of quarterly revenue. On the other hand, retail and CPG, which pretty much bore the brunt of the pandemic, have been recovering very well, according to TCS—who further stated that recovery continues with a 25 per cent YoY growth, clocking $1.08 billion in revenue. Manufacturing, which has been slightly volatile, continues to grow at 16.4 per cent on constant currency terms at $670 million for the quarter.

Assessing segment performance, North America, one of the largest markets for TCS, grew at 19.1 per cent YoY.

“Continuing the very strong growth that we have been experiencing over the last many quarters, we are now at $3.6 billion on a quarterly basis in North America”, shares Rajesh Gopinathan, CEO and Managing Director at TCS.

Further, he added that the UK and Europe grew slightly above 12 per cent YoY, each contributing moderately above a billion.

However, TCS’ India business seems on a decline since the last financial quarter. Gopinathan reveals that India continues to be very volatile and further explains that the public sector and small and medium businesses seem unstable in the Indian context compared to the corporate sector that is doing relatively well.

“We are also selective about what projects we are taking given the overall volatility in the market,” comments Gopinathan.

At the earnings call, TCS reported that it would continue investing in IP development. The company has filed a complete patent application of about 6,750 patents, i.e., 760 patents YoY. In terms of actual patents granted, TCS has 2,400 patents, up to 429 patents YoY basis.

“This continues to be a key focus for us, not just from our production perspective, but also reflecting the kind of intellectual strength that the company has, across its solutions and various other products and research areas”, says Rajesh Gopinathan.

This is backed by many accelerators, frameworks and toolsets in areas like data analytics and insights, cloud migration, cloud management, IoT, enterprise application transformation and others.

With these patents, how is TCS planning to position itself as a technology company going forward?—asked Tom Easton, Finance Editor at The Economist, at the earnings call.

“It’s like asking which is our favourite child”, quips Gopinathan. He then elaborated further that they are equally important to TCS’ researchers who worked on them. However, he also added that the way to think about TCS’ patent portfolio and its approach to patents is not designed to unearth one item that is likely to pivot completely.

Citing pharma, Gopinathan said that they have a much more broad-based research agenda across a wide variety of spectrums, and their approach is quite different from what one would observe in other industries. Using a verticalisation approach, TCS plans to consolidate and incorporate these patents into many of its product solutions. He adds, “Some of them could be game-changing on their own, but our approach to it is very different from a typical firm or a technology approach.”

TCS chief Gopinathan said that the projects are exploratory.

“But definitely it is something that will happen—how fast and how, [and] what the uptake will be difficult for us to predict,” he adds.

He said their approach, however, is to remain engaged.

Recently, TCS partnered with Tata group companies like Tanishq, Tata Motors and Croma to deploy metaverse solutions. Besides these partnerships, TCS revealed that it is currently working with a telecom vendor that is helping them develop an eCommerce platform. In addition, it is also working on building a metaverse solution in the wealth management space focused on the younger demographic.

Last quarter, the attrition number of TCS was around 17.4 per cent. However, this quarter the attrition rate stands at 19.7 per cent and is increasing.

“We think it will rise further in Q2, after which it should start tapering”, says Samir Seksaria, Chief Financial Officer at TCS.

So, how is TCS addressing the attrition rate?

Rajesh Gopinathan said that there was nothing different from what they saw at the beginning of the quarter while addressing TCS’ attrition rate. He further said that one of the rates is wage increases while the other is the continuing demand environment and the attrition environment leading to the increased operating costs, especially on the employee side.

“I think it will take another few more months before it will start to come down. So, till then, the margin pressures will continue, but we hope to sequentially improve from where we have taken that and will hit completely”, says Gopinathan. Further, he revealed that they are keeping a close watch on the rates and will react in accordance to how the demand-supply situation eventually plays out.

However, another perspective that can be considered is that the utilisation will increase once the attrition rate comes down.

“That is a reasonable assumption. That is our technical operating model also when in a high-demand scenario, we first prioritise demand, and attrition is also linked into that”, says Gopinathan in response to Ravi Menon, Analyst at Macquarie.

TCS also announced a salary hike of 5–8 per cent and higher for top performance with effect from April 1, 2022. This decision had a 1.5 per cent impact on operating margins while continued supply-side challenges entailed additional expenses such as backfilling expenses and higher subcontractor usage. This, along with normalising travel expenses, negated various operational efficiencies resulting in an operating margin of 23.1 per cent, a sequential contraction of 1.9 per cent.

Compared to its peers, TCS has the lowest attrition rate. However, in terms of the trajectory of controlling attrition, the company seems to be lagging behind the curve compared to others. So, what is TCS doing differently to flatten the attrition rate in the coming quarters?—asked Debashish Mazumdar, Analyst at B&K Securities.

In response, Gopinathan said its employee reward programme is much more holistic than its peers.

“I believe our employee retention numbers also reflect this holistic employee engagement and total rewards programme. So, we are quite confident about where we are”, he says in reference to the pandemic times when the company had announced that it would not be laying off anybody. He added that TCS was the first company to announce salary hikes in October 2020.

Further, he explained that their programme is not entirely based on the short-term impacts, and that TCS is quite confident with its current executive model. He believes that the numbers reflect that confidence as well—“We expect attrition to start tapering off in the next few months.”

Additionally, TCS also reported that their workflow expenditure crossed the 600K mark this quarter, ending this quarter with 6,06,331 employees.

“We continue to hire talent from across the world with a net addition of 14,136. It is a very diverse workforce with 153 nationalities represented and women making up 35.5 per cent of the base”, says Samir Seksaria.

TCS believes FY-23 Q1 has been a quarter of strong performance, continuing its journey from the last few quarters. However, in the coming quarter, the company said that it would continue to chase demand and keep a close eye on how the recession plays out in the near future.

“With all our industry verticals showing good growth, our order book and pipeline are also very strong, giving us good visibility for the next few months. Our margin dipped this quarter due to salary increase and other supply-side related costs, but we are confident in our ability to bring it back to our preferred range over time”, says Rajesh Gopinathan.

On the people front, TCS states that it would continue to hire across all its markets and add over 14,000 employees on a net basis. On the attrition, the company revealed that it has been elevated at 19.7 per cent in IT services on an LTM basis.

“This will probably peak next quarter and then start tapering off”, concludes Rajesh Gopinathan.