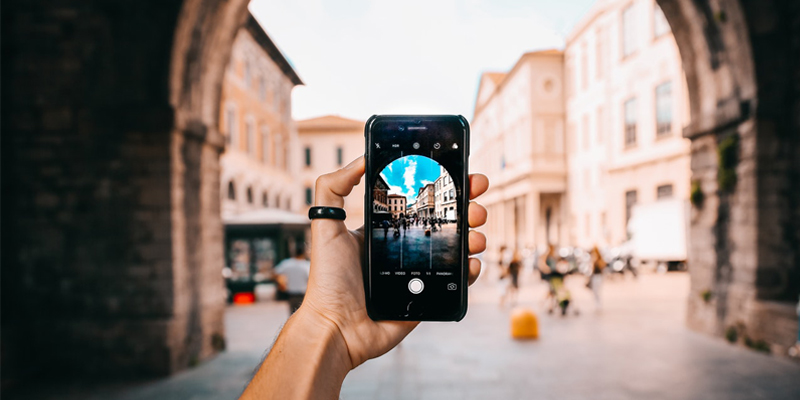 Artificial intelligence is incorporated into many of the features in modern mobile phones. From camera to hardware, every aspect of the phone has rich AI applications. Here is a list of top AI-based phones launched in India in the year 2018:

1.Xiaomi Mi A2: The Chinese giant’s product has an Artificial Intelligence Engine (AIE) that contributes to the AI experiences on the phone’s camera. The AI engine is backed by Qualcomm and has an AI embedded in its camera, security, gaming among other features. Its front camera has a 20-megapixel selfie camera with f/2.2 aperture showcases its AI capabilities in AI Beautify 4.0 and AI background blurring which is essentially the portrait mode. It uses AI in its portrait mode of the camera as well.

2.iPhone XS: Apple in a way sparked the trend of baking AI smarts into phones. The October release of this iPhone product has its own A12 Bionic chip to take advantage of the neural network processing of artificial intelligence to use it for its portrait mode and its face recognition system. Its AI allows for a blur control even after the picture has been taken. It takes advantage of the neural network AI processing and the camera is capable of creating a 3D image of the face of the user in real time.

Feature: Outfitted with A12 chip which has second version of neural engine.

3.Samsung Galaxy A8 Star: The release of this smartphone of Samsung in August this year has an AI-based digital assistant called Bixby. This new AI system of Samsung is based on a software from Viv Labs, an AI company acquired by Samsung and led by Dag Kittlaus, the co-founder of the company that sold Siri’s early incarnation to Apple in 2010.

4.iPhone XR: Soon after the release of iPhone XS, it launched iPhone XR featuring its AI-powered A12 Bionic chip to be more self-aware. This new AI chip is to give a better camera and a better augmented reality experience. It also has a newly introduced Liquid Retina which is the most recent and advanced version of LCDs. Its back camera is AI equipped and has a display that lacks HD but it is not noticeable.

5.Google Pixel 2:  The phone uses machine learning in its Google Play Music. Using machine learning, it recognises when music is playing and displays the song and artist names on the phone’s lock screen. It uses a miniaturized neural network that runs in the phone’s chip and is trained to recognize the audio fingerprint of over 70,000 songs. If a song has begun to play, it quickly recalls the song without sending information to the cloud. Apart from that, it also uses machine learning in its portrait mode camera and makes predictions about features should stay sharp in the photo and create a mask around it.

6.Vivo X21:  Dubbed as an AI machine, this product uses AI to identify sex and skin tone. It also identifies the subject’s surrounding lighting environment to create the ideal settings, which are eventually based on the user’s habits and preferences. It has an AI Selfie Lighting that processes light accents authentically by identifying the different parts of the face so that sharpness, shadows and light can be adjusted and filters can be applied. Its AI Face Access can detect ambient light intensity and ensure fast and accurate unlocking at night. It also has an AI processor, the AI Smart Engine, powered by the Qualcomm Snapdragon 660 AIE.

Feature: Even though the fingerprint scanner is pegged as the headline feature, this model is outfitted with the AI smart engine which helps in smart processor utilization.

7.Vivo V11 Pro: Another phone that comes with Qualcomm’s Snapdragon 660 AIE which has a built-in AI engine. IT also has an AI equipped camera using which helps to get a perfect position for the best shot. Its AI camera modes are AI Portrait Mode, AI Backlight HDR, AI Low-Light Mode, and AI Scene Recognition.

Feature: This smartphone’s AI-powered cameras are a huge draw with users

8.Oppo F9 Pro: Both its front camera and its back camera has AI features. It has an AI scene recognition which identifies 16 scenes and optimizes the technical parameters of the camera to suit different scenes. It also has an AI Beauty Technology 2.1 which has an AI tool that understands how you want the selfies to look like and helps in customizing them.

Feature: Taking a cue from other smartphones, Oppo’s F9 Pro has an AI-enhanced camera

9.Honor view 10: The brand has its own AI processor, Huawei Kirin 970 chipset, which has a built-in NPU (neural-network processing unit), apart from the CPU and a GPU, that enables deep learning based on user behaviour. It also has an AI Accelerated Translator, which uses algorithms to translate both text and speech in over 50 different languages. Apart from these, the phone has a camera equipped with AI.

Feature:  This high-end smartphone comes with an in-built neural processor and also has a  face-unlocking feature.