Understanding the ‘self’ in self-service BI?

The democratization of data wave led by self-service analytics, the new disruptor in the two decade old BI domain was hailed as the missing piece in the democratization puzzle by Gartner, arming non-IT users with simple-to-use BI tools with basic analytics capabilities. In fact, Gartner had earlier predicted a massive shift in balance of power from IT-led reporting to self-service BI platforms that will constitute 80% of all reporting.

The big question is does integrating advanced self-service BI in your analytics environment advantageous for enterprises? Analytics India Magazine caught up with Tableau’s Country Manager, Deepak Ghodke in an earlier interview, a champion of self-service analytics.  The Seattle headquartered BI market leader has been helping leading enterprises across the world with impactful visualizations.

Ghodke divulges why enterprises prefer in-house tools to carry the job.  “Companies have started to prefer tools that can be used in-house rather than hiring an external agency to carry out the job for them. These in-house tools are meant to be used by end users in a self-service mode,” he shared. According to Ghodke advanced analytics has grown even more approachable. Business users are already leveraging powerful analytics functions like k-means clustering and forecasting. “And today advanced analytics becomes the standard for the business user,” he added

Defining the self in “self-service BI”

According to Souma Das, Managing Director at Qlik India, the focus has shifted from “advanced analytics” to “advancing analytics.” Advanced analytics is critical, but the creation of the models, as well as the governance and curation of them, is dependent on highly-skilled experts.  “But many more should be able to benefit from those models once they are created, meaning that they can be brought into self-service tools,” he said, explaining the self in self-service analytics.

According to Incedo Inc’s CEO Tejinderpal Singh Miglani where the self-service business approach succeeds is in meeting the needs of data producers and consumer’s alike, adding speed and agility to the process.

Self-service analytics also plays significantly into data prep. While self-service data discovery has become the de facto standard, data prep was strictly confined to IT and data experts. Common data-prep tasks like data parsing, JSON and HTML imports, and cross-database joins are no longer delegated to specialists. A recent report from IDC cites that spending on self-service visual discovery and data preparation market in APAC will grow 250% faster than traditional IT-controlled tools for similar functionality. In the coming years, non-analysts will be able to tackle these tasks as part of their analytics flow. 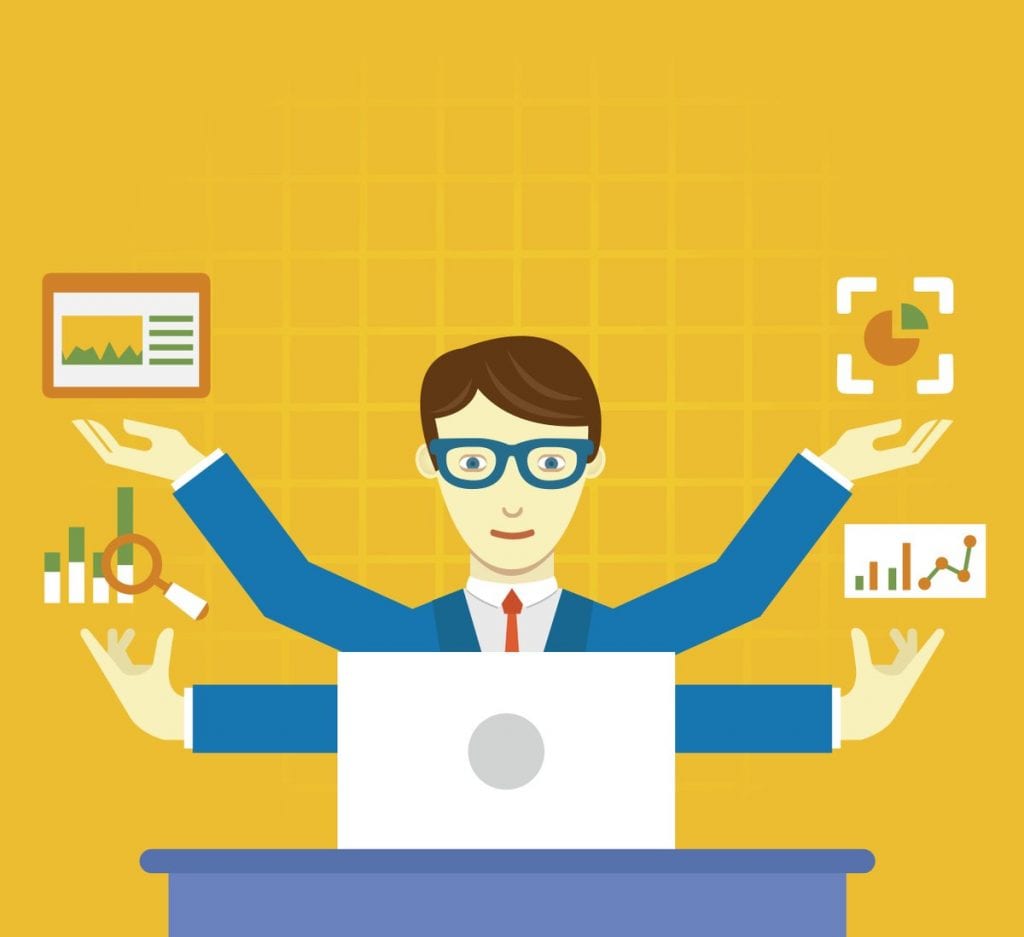 From producer to enabler – making data accessible to all

The shift is largely spurred by the belief in democratization of data. “The people who know the data should be the ones empowered to ask questions of the data,” Ghodke added.

The “self-service” in the aptly titled self-service analytics, now a complete offering in the full suite of services means everyday knowledge workers should have the ability to easily access their data wherever it may reside. These same workers should also have the ability to analyze and discover insights about their data without assistance from the elite few — the data scientists and IT developers.

In 2016, self-service analytics took over the enterprise. IT began leveraging technologies to scale analytics programmes as business users collaborated with their data. The trend is expected to boom in 2017 and become a workplace norm. And experts believe that tools that support this evolution will become even more commonplace.

India has seen a steady surge in the number of customers interested in adopting offerings on a term or subscription basis. “There is also growing appeal for enterprise and OEM licensing models. These are the trends we will continue to encourage and embrace in the future,” shared Ghodke.

Democratizing BI and analytics widens the scope of usage to a range of non-IT users, from the executive level to frontline personnel, to do more on their own with data such as analysis via self-service BI and analytics tools and visual data discovery such as drag-and- drop dashboards. With more data being available to enterprises of all sizes, self-service analytics capabilities especially for non-tech users will find more acceptability.

The democratization trend has spawned a new breed of scientists – the citizen scientists, largely thanks to software from Tableau and Spotfire and other BI tools. Since data science has been elevated to a life skill and one of the toughest jobs to fill in 2017 according to CareerCast, it’s little wonder that banks like ANZ are equipping in-house talent with analytical skills. In a recent interview to AIM, Darren Abbruzzese, General Manager of Data at ANZ shared, “We’re trying to do that to make it real and take it away from those who like to play with Linux on the weekends and have [programming software] R installed on their desktop at work.” In this case, access to Qlik tools enables ANZ staff to create dashboards, or use the tools available and the models being generated to derive real value.