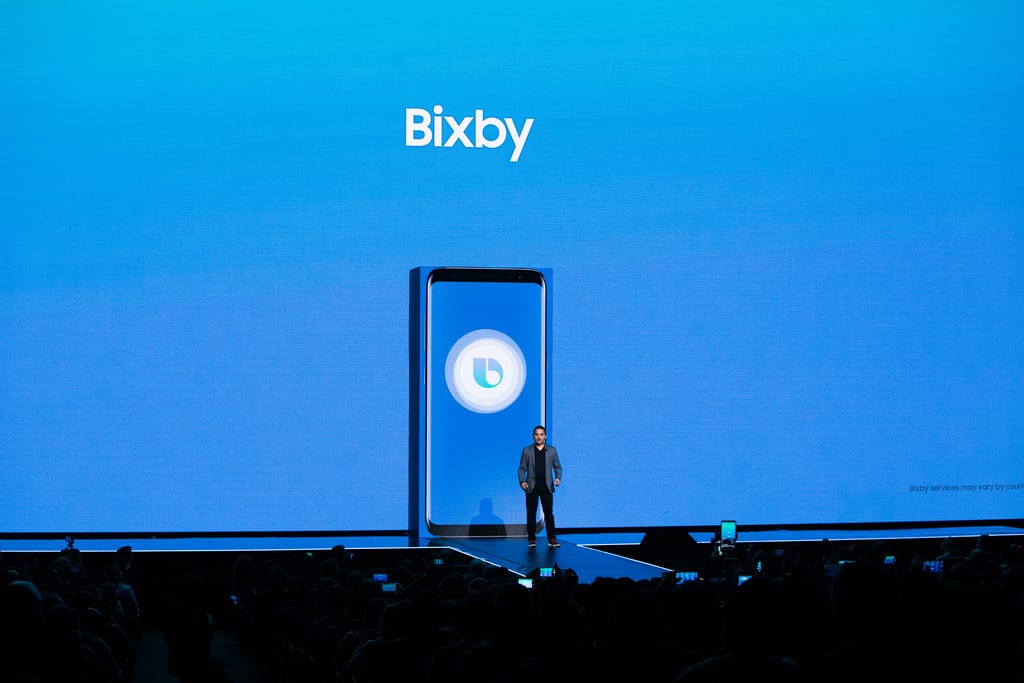 Not just their mobile phones, Samsung is now aiming to make all their home appliances ‘smart’ by the year 2020. Hyunsuk Kim, president and head of Samsung’s Consumer Electronics Division and Samsung Research, said in his talk at CES 2018 that the company is committed to accelerating IoT adoption for everyone.

Standing true to his words, the company, led by its R&D institute in India, is infusing AI into its virtual assistant Bixby for a harmonised IoT experience at home. While Bixby, Samsung’s voice assistant for phone was launched in 2017, with the recent developments users will now be able to speak to their refrigerators, TVs, washing machines, ovens, dishwashers, and other electronic appliances.

With an extensive ongoing research, the company is training deep neural networks for vision, voice and text to make the voice assistant completely adept in its task.

This isn’t the first effort by the South Korean giant in the IoT space. Samsung had earlier invested big time into R&D efforts in India. Reports suggest that in their recently-conducted hiring season at the IITs and other top engineering colleges in India, Samsung picked up around 1,000 engineers to enhance their efforts in areas such as artificial intelligence, machine learning, internet of things, natural language processing, and others.

Last year Samsung had invested $15 billion in R&D globally, and also partnered with Jio to bring LTE coverage to a large Indian population and help them significantly improve network capacity. Samsung had said that they wanted to make IoT reach every corner of the country with this partnership.

“At Samsung, we believe IoT should be as easy as flipping a switch,” Kim had said. “These advancements will help consumers realise the benefits of a seamless and simple connected life,” he said.

India is a big R&D ground for Samsung as it boasts R&D Institute, Bengaluru (SRI-B), which is Samsung’s largest R&D centre outside its home market. The company also has two more R&D centres in Noida. In last one year, the team at SRI-B has developed a large part of Samsung’s AI interface Bixby, co-working with teams in Korea and other parts of the world.

With a strong technical team of over 8,000 people working in these facilities in India, which has got Bixby Voice to life, it wouldn’t be unrealistic to see them bringing an advanced version of Bixby connected to all other possible electronic devices.

Alexa In India Is Revolutionising The IoT Wave

While Samsung has been eyeing to set a foot into the IoT market in India, Amazon’s voice assistant, Alexa recently made it to Indian homes in 2017. And contrary to the fear that Indian audience might not be ready for a product such as Alexa, it has amassed huge popularity since its launch. Amazon Echo, an AI-enabled smart speaker, responds to the queries such as news, music, cricket, weather, controlling lights, calling a cab, booking online order, among others.

India is the fourth country after the US, UK and Germany where Amazon has launched its Alexa-powered device, which could be largely attributed to high internet speed, reduced broadband rates and data capabilities in India that have improved significantly. As it garners huge popularity owing to its affordable cost, understanding of desi accent and other advantages, Amazon is also aiming to make it connected to home, appliances, automobiles, smart home, TV, wearable and others. Amazon had worked for almost a year on Alexa to make it suitable and convenient for the Indian market.

If we go by numbers, Amazon expects to generate $10 billion in additional revenues from Alexa enabled devices and apps from across the globe, a majority of which would be contributed by Indian market.

With Bixby, Samsung is now trying to challenge Alexa’s popularity in India. Aiming ‘voice’ as their next enabler, Samsung hopes that Bixby’s voice interface and their undying efforts in AI space would help them take their IoT journey to a whole new level. Some of the Bixby-enabled devices that Samsung plans to bring in India are:

The company says that these devices are tuned to operate on a single connected cloud platform, called the “SmartThings Cloud” that serves as a smart dashboard to monitor and control connected devices. Samsung is planning to work towards combining its entire line of products to its IoT Cloud platform. It is working with partners such as Open Connectivity Foundation (OCF) to set common industry standards.

“We have many firsts to our credit. Going forward, Bixby is maturing over time for Cloud adoption. Building functionalities for IoT-enabled devices are top on our mind,” Aloknath De, Chief Technical Officer, Samsung Research Institute (SRI)-Bangalore noted.

As Samsung is busy creating an industry-leading ecosystem of IoT offerings that connect smart devices and simplify daily lives, it is investing huge funds into its R&D efforts. These developments are slated to give a good competition to Amazon, which is currently the favourite option available for smart controls. As Bixby is now available with customised voice capabilities in India that understands local accents, it gives a competition to Alexa here as well, which has pioneered in understanding local accent. While it would be hard to decide on who wins the game, it would be a win-win situation for the Indian audience who now have highly competent and advanced devices to choose from.