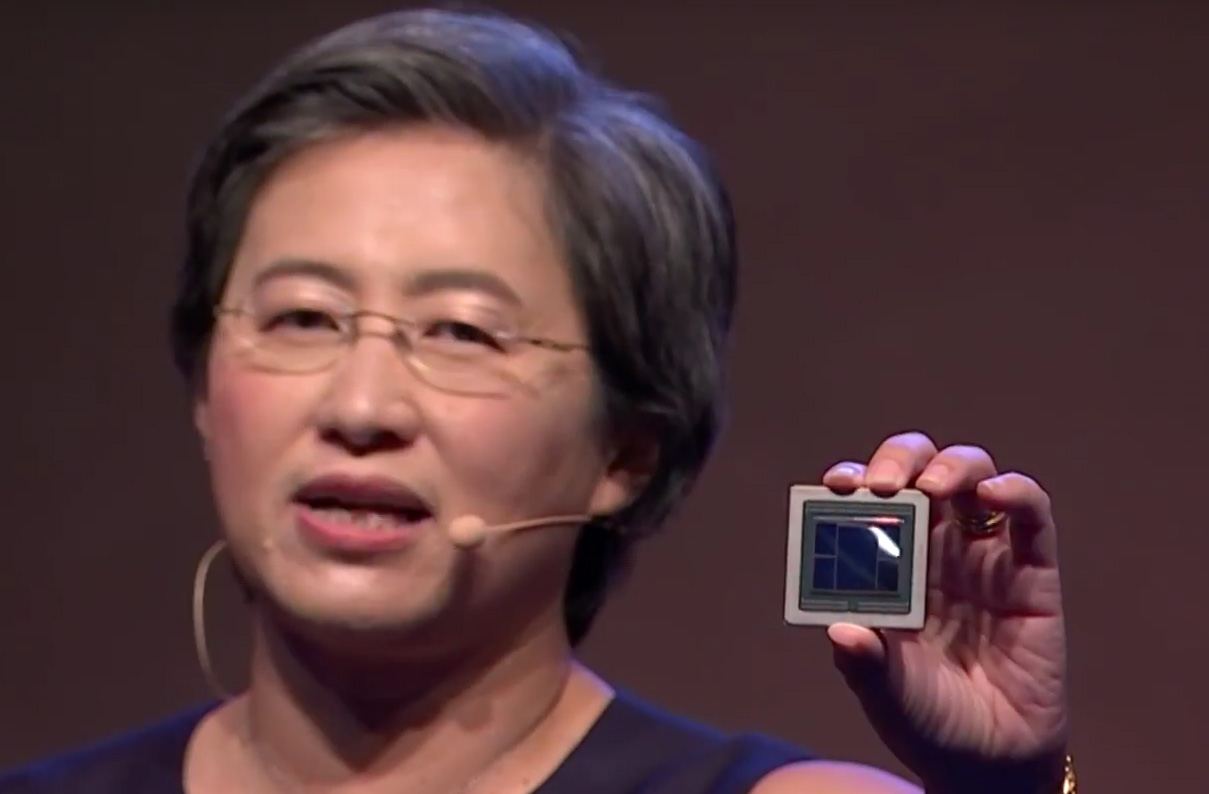 It occupied more than 1,900 sq ft, needed about 18,000 vacuum tubes to work and the total weight of the machine was almost 50 tons. This is the description of the world’s first digital computer. John Mauchly and J Presper Eckert invented the machine known popularly known as ENIAC at the University Of Pennsylvania and completed the construction by 1946.

The modern world has seen an explosion in the research for shrinking the size of these devices, and as a result, our computers are becoming smaller and smaller. After the CPUs, the world saw the advent of GPUs which were a little dumber than CPUs but could do calculations very well. These GPUs found a huge demand for machine learning and AI making it desirable to shrink these kinds of chips.

Recently, AMD created an uproar in the industry after they announced the world’s first 7nm GPU named Radeon Instinct MI60 at its Next Horizon conference. The new GPU also has an industry leading 1TB/sec of memory bandwidth.

In a press statement, AMD said that they believed the GPU will power the next generation of deep learning and AI applications with additional applications in High Performance Computing (HPC), cloud computing and graphical rendering applications. AMD is also expecting wide-ranging acceptance of the GPU among researchers and scientists working on climate sciences and computational biology.

As we wrote before the era of “CPU for all tasks” has long ended. GPU based computing became very important to many companies who were planning to have special kind of computation mechanisms. GPU nowadays are almost designed to work in ML applications where billions and billions of parameters need to be computed.

Since they are built for the world of deep learning the AMD Radeon Instinct MI60 and MI50 chips have an ability for ultra-fast floating point computing performance and can communicate effectively with a speed up to 1TB/s memory bandwidth speeds. The company says that the GPU to GPU communication has also considerably increased and now is about 6X faster than before. This is enabled by the special AMD Infinity Fabric Link technology.

AMD has specifically designed the chips for high scale operations for companies like Google. They are also announcing the new ROCm open software platform for accelerated computing and Google appreciates the change of attitude by AMD. Rajat Monga, engineering director, TensorFlow, Google said, “We’ve seen how helpful it can be to open source machine learning technology, and we’re glad to see AMD embracing it. With the ROCm open software platform, TensorFlow users will benefit from GPU acceleration and a more robust open source machine learning ecosystem.”

The 7nm technology by AMD also claims to dramatically improves performance per watt over previous generation products. The special distinction about the chip is that it is the world fastest double precision accelerator which means it can do calculations with bigger numbers faster than any computer in the world. It can deliver upto 7.4 TFLOPS directly and a little less when using it via the cloud.

AMD faces tough competition from rival chip makers like Intel, NVIDIA and others. Recently Intel responded to a direct competition scare by AMD by launching a new class of Xeon Scalable processors that bettered many performances benchmarks set by AMD. The project code-named Cascade Lake-AP processors had 48 cores and support for 12 channels of DDR4 RAM memory which is much more better than AMD’s Epyc server processors.

The main game is about improving speeds in internal computation communications and how much payoff or improvement does a technology or innovation makes. Ray tracing technology does not seem to make such promised currently compared to the introduction of the 7nm chip from AMD. There are also rumours about how NVIDIA may respond to the market move by AMD and what the reaction will be.

The buzz created by the launch of the new 7nm GPU and the coming market moves by the competition may change the game of AI forever.