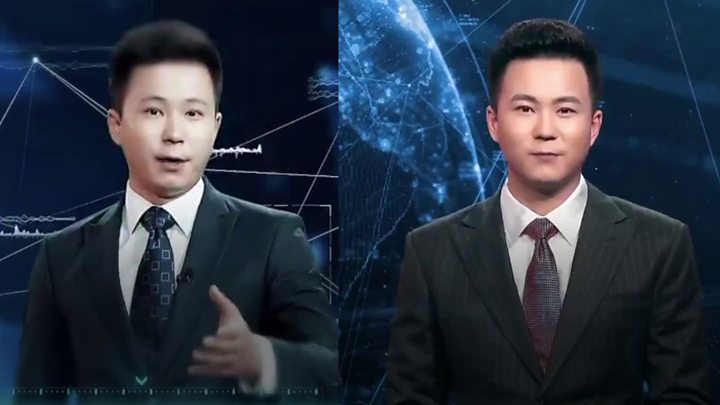 Recently, everyone was swept away by the Chinese news agency Xinhua when it became the first news organisation in the world to introduce an AI news anchor. The news agency worked in a technical partnership with Beijing-based search engine company Sogou. The new invention was introduced to the world at the Fifth World Internet Conference in China. The AI news anchor has the personality of a young man with a male voice which is very close to the conventional male news anchor. Above all the new anchor has the power to speak and read in two languages: Mandarin and English.

The news anchor is accessible and available across the Chinese internet and mobile platforms.  The AI news anchor really impressed people across the globe with its good lip moments and realistic facial expressions matching closely to humans. Xinhua even said, “…He has become a member of its reporting team and can work 24 hours a day on its official website and various social media platforms, reducing news production costs and improving efficiency.”

The AI Anchor Is Controversially Popular

The very first reporting done by the AI anchor was about the Panama official and Chinese tycoon Jack Ma at the Chinese International Import Expo. The AI anchor was covered by many news agencies around the world and also was criticised for the non-human voice of the AI agent. Some people even called out the news anchor to be “soulless” and “robotic”. Some Chinese netizens expressed their disappointment by calling the AI bot as “a news-reading device without a soul.”

On the Chinese Twitter called Weibo, people overall had a bad feedback for Xinhua’s new AI agent. One of the users even joked: “What if we have an AI [country] leader?” On the other hand, some even said that this event is an achievement in the Chinese AI ecosystem as the team needed expertise in advanced machine learning technologies to pull this through. Liu Chien-chih, secretary-general of Asia IoT Alliance (AIOTA) said, “The creation showcases China’s progress in voice recognition, text mining and semantic analysis, all of which is covered by natural language processing.”

But Is It Really An AI?

Similar social enthusiasm and applause was seen when Sophia the robot made its appearance on the world stage. Hanson Robotics, which built the bot made many claims about its abilities and a majority of them were said to be fake by experts. These kind of public gimmicks and charades are often an irritation and annoyance to AI scientists. Often companies building such gimmick robots mislead the public and the whole field of AI has to face certain consequences.

Yann LeCun considered one of the fathers of modern deep learning even showed his frustration when he said, “More BS from the (human) puppeteers behind Sophia. Many of the comments would be good fun if they didn’t reveal the fact that many people are being deceived into thinking that this (mechanically sophisticated) animatronic puppet is intelligent. It’s not. It has no feeling, no opinions, and zero understanding of what it says. It’s not hurt. It’s a puppet.”

This criticism came as when LeCun with many experts said that Sophie was not really an AI agent. Similar criticisms have come in for the new AI anchor where experts say that machine learning has been used to build the anchor but in a way to just synthesize the voice of a real human.

MIT Technology Review opined, “Let’s be clear, though. The anchor isn’t intelligent in the slightest. It’s essentially just a digital puppet that reads a script. The “AI” in this case is the software that learns what makes a convincing-looking face and voice. That’s certainly impressive, but it’s a very narrow example of machine learning. You can call it an “AI anchor,” but that’s a little confusing.”

To Call It An AI or Not

Looking at the bots, the experiment seems more of a mechanically arranged setup rather than an intelligent robot working on a news piece and delivering the news. The phrase “artificial intelligence” has been used in a lot of different contexts and hence it gets thrown around quite loosely. In the case of the Chinese AI news anchor also there was loose throwing around of the word “artificial intelligence”.

It is also not very clear what tasks can the AI news anchor can do. Can it research and write a report? Can it gather information from various sources and do top-notch journalism and deliver an insightful article? The answers to these questions will tell us if the anchor bot deserves an AI tag. Maybe not. Shafti working as a researcher in Robotics and AI at Imperial College London told CNBC, “What actually creates those images and the movement of the lips and the voice of this anchor is using algorithms that are related to artificial intelligence. But to call this an AI anchor is slightly overselling it.”

BlackBerry To Acquire Cybersecurity Firm Cylance, Will Use New AI For Their Spark EoT Platform

How This Hong Kong Based Startup Is Building Another Sofia