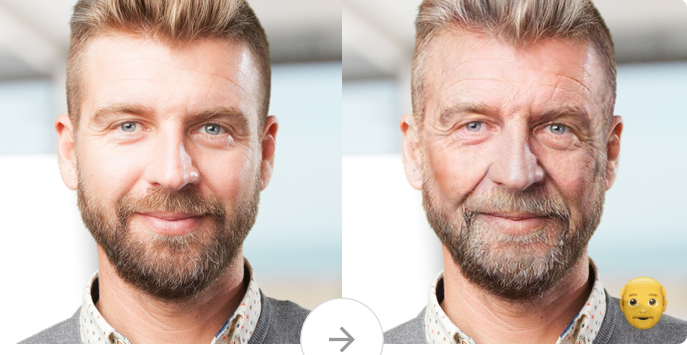 A trend that has recently gone viral all over the internet is people posting pictures of themselves now, and years in the future using a mobile app called FaceApp.

Developed by Russian company Wireless Lab, FaceApp is AI-powered photo manipulation and editing app that lets the user alter a photo s/he selects to get a magazine cover quality with highly realistic transformations of faces. That is not all, being an AI-powered app that also claims to be the most advanced neural portrait editing technology, FaceApp also allows its users to make the person on the photo look younger or aged.  Some of the other features also include hairstyles, beards, tattoos or even gender flipping.

However, FaceApp is not the only app that can do wonders with a selfie photograph, there are other mobile applications as well. In this article, we list 9 alternatives of FaceApp that one can use to make their photos look premium and trendy.

Initially launched for iOS devices, AgingBooth is now available for Android as well for free. Launched by PiVi & Co, the app lets you transform your photos to make you look aged. Some of the other features of this app are auto-cropping via face detection, before and after views just by shaking the device, save to photo gallery, and also share results on social media such as Facebook, Twitter etc. Available for iOS, D’efekt is a creative photo and video editing tool that let the user add movement effects. One of the best thing about the tool is that everything happens in reality, one doesn’t need to have cumbersome tools to create awesome videos.

Genies are digital augmented avatars. Available on both android and iOS, this platform allows its users to clone and create digital genies that look and think just like the user. Also, these avatars can be used for social media platforms like Instagram, Snapchat, WhatsApp, Messenger etc.

Have they faked me?

But the question here is, have you ever wondered if that quirky website has created any photograph of someone who looks like you? If not, then you can use “Have they faked me?” To look for fakes that look like you. All you need to do is just upload your photo, and it would show you all the photos that look similar. Meitu is a china-based image editing application available for both iOS and Android. The app is created in such a way that it provides tools for editing photos. Whether it’s filters, retouching, collage, scenes, frames, and photos, Meitu has got your back.

Whether you want to add a cat face or want to look like a lion or even want to get a beard on, MSQRD can do that for you. Available to iOS as well as Android, MSQRD can also let you record video selfie animations and send it to others via any messaging platform or social network.

It is a photo editing app that let the user create amazing, stylized selfies and portraits instantly. Available for iOS devices such as iPhone 6, iPhone 6 Plus and above as well as iPad Air 2 or iPad Mini 4 and above, this app comes with unique filters ranging from double exposure, over colour to blending effects.

Reflect is an automated realistic face-swapping web app and it is based on machine learning. Be it a human face, a statue or even a cartoon, Reflect can swap faces seamlessly. However, the only drawback is that it is not available as a mobile application.

This is how Real Madrid star Gareth Bale looks like after swapping his face with Elon Musk: YouCam Makeup is a photo-editing mobile app that lets you apply a fairly realistic makeover in real-time or in a selfie. The app is built in such a way that it can detect faces and the changes that it puts on the users’ face are subtle enough. One can explore different hair colours and styles, coloured contacts, false lashes, freckles, contouring, or bright lip colours. The app is available for both iOS and Android.

11 Books To Understand The Implications Of Projects Like Neuralink