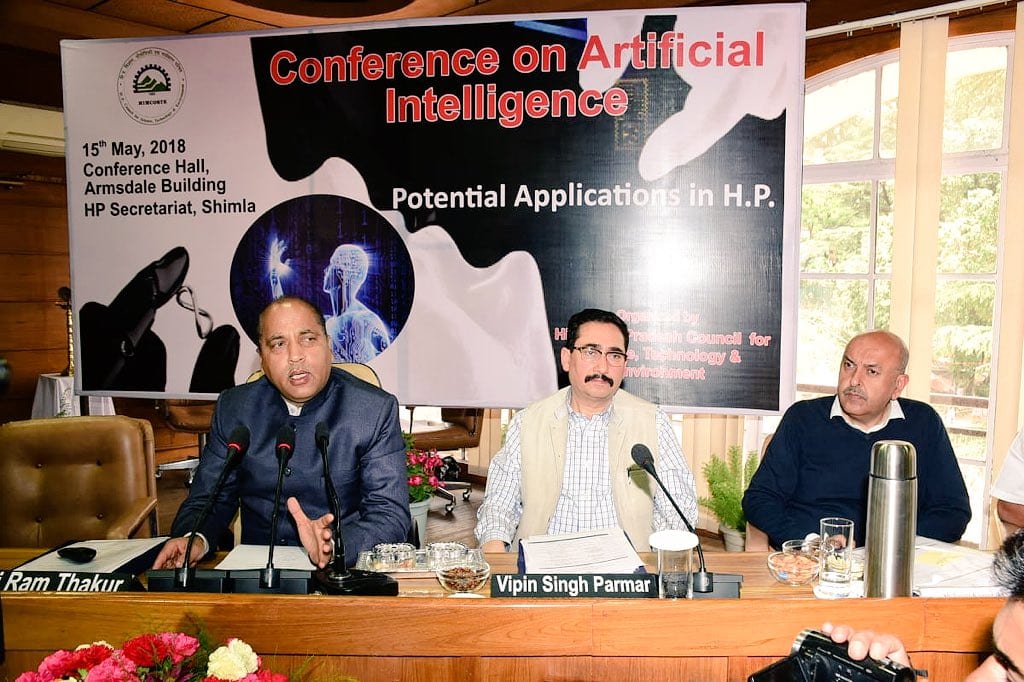 Following the footsteps of states like Maharashtra and Andhra Pradesh, Jairam Thakur, chief minister of Himachal Pradesh asked officials to suggest ways to use artificial intelligence in government’s functioning.

Speaking at an event titled, Artificial Intelligence: Potential Applications in Himachal Pradesh, organised by the State Council for Science, Technology and Environment, Thakur said that sectors like e-commerce as well as several startups were using AI techniques for their betterment. He added that the most important challenge was to collect, validate, standardise, correlate, archive and distribute AI-relevant data and make it accessible to the users.

Thakur gave several examples of the use of new tech in governance. He said, “AI and technology could be helpful in checking illegal constructions and also in forest mapping to check illegal forest felling. The AI could emerge as an effective tool for ensuring effective and accountable administration. The illegal mining is another area which could be checked by optimum use of artificial intelligence… AI not only has tremendous economic potential but also social impact and it could also play a vital role in improving quality of life. In addition, the government would ensure its optimum use for effective, transparent, responsive and good governance to the people.”

Earlier this year, Maharashtra chief minister Devendra Fadnavis had said that these new technologies would revolutionise businesses and create new jobs. He had said, “Now the focus is also on Industry 4.0 sectors such as AI, innovations, startups and big data analytics. These will change the face of how the businesses look today and they will create jobs.”

In fact, PM Modi had also downplayed the fears of citizens losing jobs to robots and automation. He had affirmed that AI would increase the citizens’ productivity, and not take away their employment.

Govt To Use Artificial Intelligence For Traffic Management In Delhi