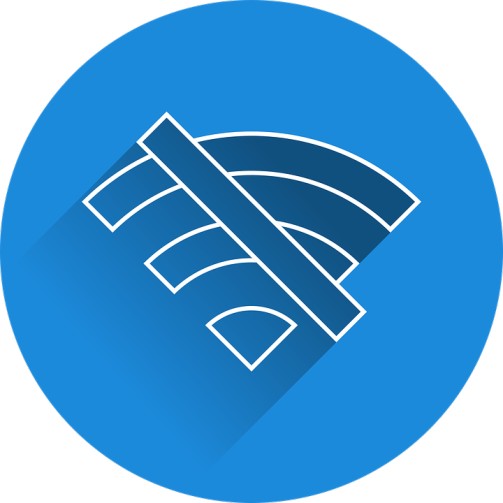 The world’s largest democracy — India is also a place where the largest number of internet shutdowns take place. According to a report, in the last 3 years, the Indian population has been cut-off from the internet for more than 350 days, not the whole country at once though. India is the world’s foremost authority in this field, topping countries like Syria, Iran and the Democratic Republic of Congo (DRC). This kind of behaviour has usually been associated with authoritarian countries.

The protests in response to the Citizenship Amendment Act have severely failed to adhere to peaceful norms with a total of 23 deaths reported so far. The police forces and the government have been busy ensuring that the mandatory protocols and preventive measures are being implemented. One such measure is the ‘internet shutdown’.

In a bid to stop or greatly hamper the channels of communication, which could provide traction to the protests, the government decided to block access to the internet for the citizens. Bearing witness to recent savagery of the protestors, ‘internet shutdown’ was deemed as a necessity by the respective governments of the states involved, working closely with the police department.

The northeastern states like Assam, Tripura and Meghalaya have been denied access to the internet for more than 10 days now, parts of Uttar Pradesh have lost internet access too. In fact, the internet lockdowns have been imposed in the nation’s capital Delhi, as well as Mangalore, following the recent violent developments in the country.

The top telcos giants like Airtel, Reliance Jio and Vodafone have also justified their actions by putting the blame on the government – under whose dictates the companies were compelled to act.

Apps To The Rescue

In the midst of a communication blackout, applications which run regardless of the internet connection were of great service. A few of the apps that are running despite the lockdown of the internet are:

Bridgefy: It uses Bloothtooth instead of the internet. It provides three modes of communication: Firstly, if the two devices are within 100 meters from each other, the Peer-to-Peer mode can be used to directly send messages across. Secondly, if the devices are more than 100 meters away, Bridgefy uses other devices in between as signal towers to bounce that particular Bluetooth frequency. Every device then acts as a relay station, which will create a mesh network consisting of devices in the area in a P2P connection or connected through Bluetooth. The information shared over this network is claimed to be encrypted, therefore, is safe and secure. Lastly, one can also broadcast their message to the entirety of Bridgefy users in an area at the same time.

FireChat: Like Bridgefy, FireChat also uses Bluetooth and Wifi radios to connect with other devices in a 200-foot radius. The ‘Nearby’ mode when enabled, it allows the device to connect with other devices with the help of Bluetooth. It thus creates a wireless mesh network, of all the phones in the area, allowing messages to go through without an internet connection. Another mode is the ‘Everyone’ mode, which is when enabled, it functions like any other sharing platform. The app works off-grid, which makes it especially useful in places with no internet connection. FireChat was a widely used app during the Hongkong protests.

Briar: This app has been developed for people who wish to keep their conversation private. Popular among journalists and activists, Briar also works on the same method as Bridgefy and FireChat. When internet connections are down, Briar syncs with other devices over Bluetooth, keeping the flow of information going regardless. Brian can also sync over the Tor network too, which enables anonymous communication, making it useful for people who wish to protect their personal data or avoid any sort of surveillance.

Near Peer: As the name suggests, Near Peer enables offline communication between friends who are positioned close by. Apart from having offline capabilities, the app also functions ordinarily with an internet connection, allowing users to make connections with strangers as well. The app misses the audio and video calling features for now and only messages and files can be sent across

Serval Mesh: Serval Mesh is an app made available for Andriod devices, while Serval Chat is available for Apple devices. Similar to other apps mentioned above, this one too creates a similar mesh of networks and does not require an active internet connection or cellular data to communicate and transfer messages. This app comes with a voice calling feature, however, does not even require SIM cards or cell towers.