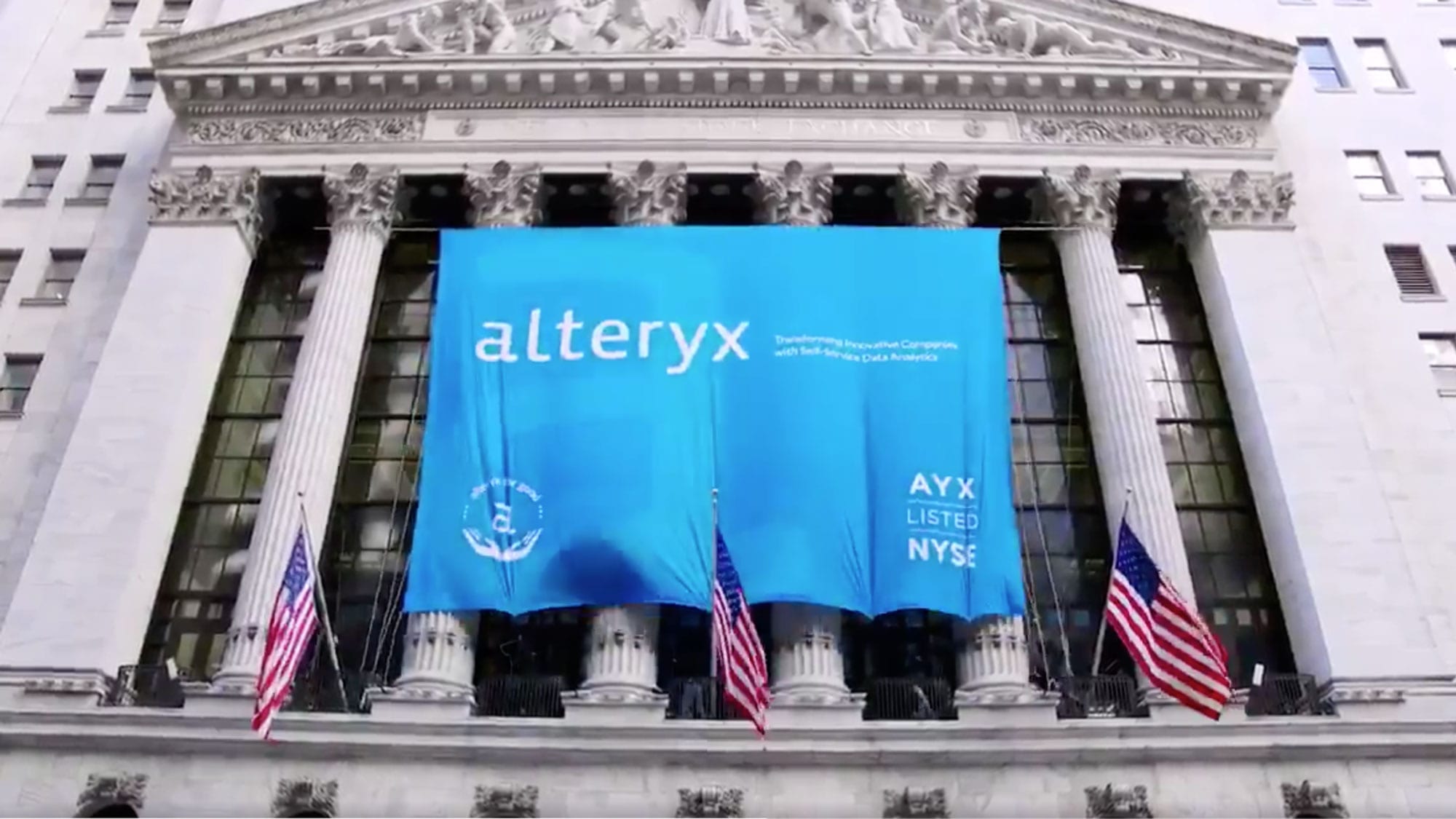 Irvine-based data analytics firm, Alteryx Inc., launched its initial public offering, aggregating nearly $16 per share in its first day of trading. The firm offered 9 million shares, which were initially priced at $14 a share. The the IPO was valued at $126 million. The stock closed at $15.50 a share, which is 10.7 percent more than its IPO pricing. The ability to leverage data for actionable insights has become exceedingly critical to modern business success. Alteryx enables organizations to improve business outcomes and the productivity of their business analysts.

Essentially, Alteryx furnishes data analytics offerings which helps in accurately predicting how a company initiative would resonate with its customers. Additionally, these offerings also enable a business to plot newer retail locations. Dean Stoecker, Olivia Duane Adams, and Ned Harding founded Alteryx in 1997 as SRC. The firm changed its name in 2010 to adopt that of its core product.

The organization had filed its IPO only last month, and it rang the bell now at the New York Stock Exchange as AYX. This fund will help the firm to jumpstart growth and potentially make acquisitions, as indicated by Stoecker to CNBC. Stoecker continues to be the President and CEO for the organization.

Back in 2016, Alteryx had incurred a loss of $24 million due to regulatory filings. However, the company witnessed an expanded revenue, as it increased from roughly $38 million in 2014 to a staggering $86 million in 2016. The underwriters included notable organizations such as Goldman, Sachs & Co., J.P. Morgan Securities LLC, Pacific Crest Securities, William Blair & Co., JMP Securities, Raymond James & Associates, and Cowen and Co., who were provided with a 30-day option to purchase more shares at the IPO price.

Alteryx claimed of a customer base of over 2,300, at the end of 2016. These customers were residing in over 50 countries. The firm employs 424 people, and has seven regional offices worldwide, including an office in Silicon Valley. The high-profile customers include Starbucks, Unilever, Dunkin’ Donuts, Amazon, and Verizon.

Interview of the Week: Ashwin B, COO at Exide Life Insurance