Is India Finally Catching Up to China’s State-Powered AI Dreams? 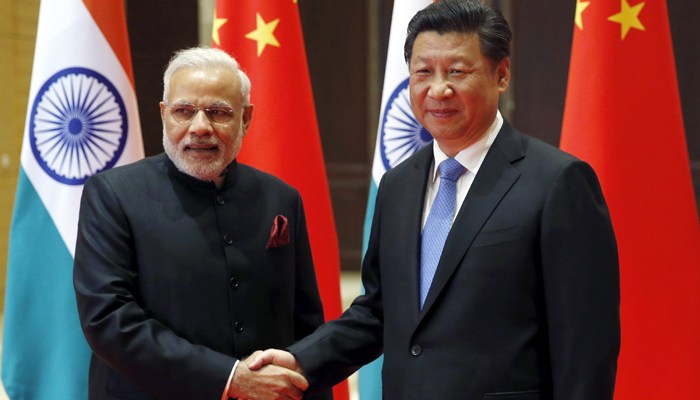 China has now established itself as one of the world leaders of AI-based technologies, based on the advancements made by the country in 2018 alone. However, India seems to be slowly catching up, spurred by the increase in government funding towards AI and the uptick in manpower in said fields. With China’s plan to “catch up” to the United States by 2020, the Indian subcontinent seems to be locked in place as they continue to advance in AI.

The Indian government’s think-tank, Niti Aayog, released a report last year outlining a strategy for the advancement of AI in India. This came along with a significant boost in funding for AI, with an infusion of ₹3,073 crore into the AI field. The report also clarified the 5 major sectors that AI research in India would focus on, namely healthcare, agriculture, education, smart cities and infrastructure, and smart mobility and transportation.

This move also closely mirrored the steps taken by China when it published its AI development plan in 2017. Their plan involved funding and creating a domestic AI industry worth $1 trillion by 2030. They have already begun implementing their plan, with over 48% of total equity funding in AI startups coming from China in 2017. Moreover, the world’s biggest AI startups with valuations of over $2 billion such as SenseTime, Cambricon, Megvii, CloudWalk, and YITU are Chinese, thus representing the forward-thinking attitude put forward by the government to cement its place in the 4th Industrial Revolution.

This situation begs the question — will China, with its government-backed push into AI, dominate the field? Or will India, boasting the second largest population of AI professionals, provide manpower for a slew of new innovations guided by government policy?

China has a lot on its side when it comes to AI research. The wakeup call was said to have come when Google’s parent company, Alphabet, pioneered an AI that beat the world champion at Go. This pushed China into a fever pitch that would come to dictate the moves that it has made in the last year.

The country has access to petabytes of data, a situation made better by lax privacy protection laws in the country. This provides a large amount of fuel for AI being developed in the nation, as they can easily access a varied dataset on which to train their algorithms. With a population of close to 1.42 billion, the nation can generate huge volumes of data and provide an enormous market for AI-based solutions. 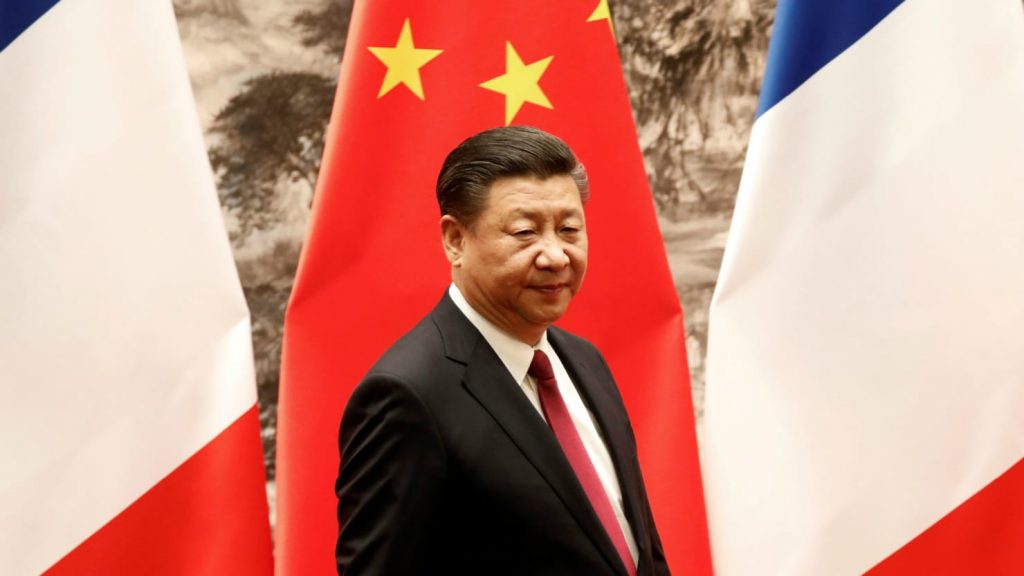 By 2025, the Chinese government aims to make breakthroughs in AI, so as to cement their place as a world leader in AI by 2030. Currently, it is lagging behind the market leader, the US, in three areas. The three areas are hardware (chips and cards for use with AI), research and algorithm development, an area that is seeing active advancement with the increase of research funding, and the general commercialisation of the industry.

This adds up to being extremely powerful policy support from the government. They are also building a giant $2.1 billion technology park to facilitate AI innovation in the Beijing area. The technology park will be focused on enterprises innovating in high-speed big data, cloud computing, biometrics, and deep learning. Along with being home to over 400 businesses, the park is predicted to output about 50 billion yuan annually.

The government is also collaborating with educational institutions to further the education of AI in schools and colleges. The Education Ministry in China has directed all levels of government to allocate 8% of their annual budget towards the digitalization of education. This also translates to greater research funding into AI subjects, thus incentivizing the discovery of new technologies through a collaboration between academics.

Tech companies collaborate with the Government

Leading Chinese tech companies, such as Alibaba, Tencent, Baidu, Didi Chuxing, and Xiaomi have begun adopting and utilising AI technology heavily in their operations. This, while representing a general movement into the added efficiency of AI in company processes, also shows that the government and private sector are moving in the same direction. Even more indicative of this is the movement of giants such as Apple, and Qualcomm to set up new big data centers in the country.

Over the last 5 years, over $4.5 billion has been invested into more than 200 Chinese AI companies. More recently, Alibaba closed the biggest deal for an AI-based Chinese startup SenseTime for the price tag of $600 million. The movement of bigger companies in the same direction as the government indicates a concerted effort to raise the standard of AI technology in the country.

How India’s AI efforts stack up against China 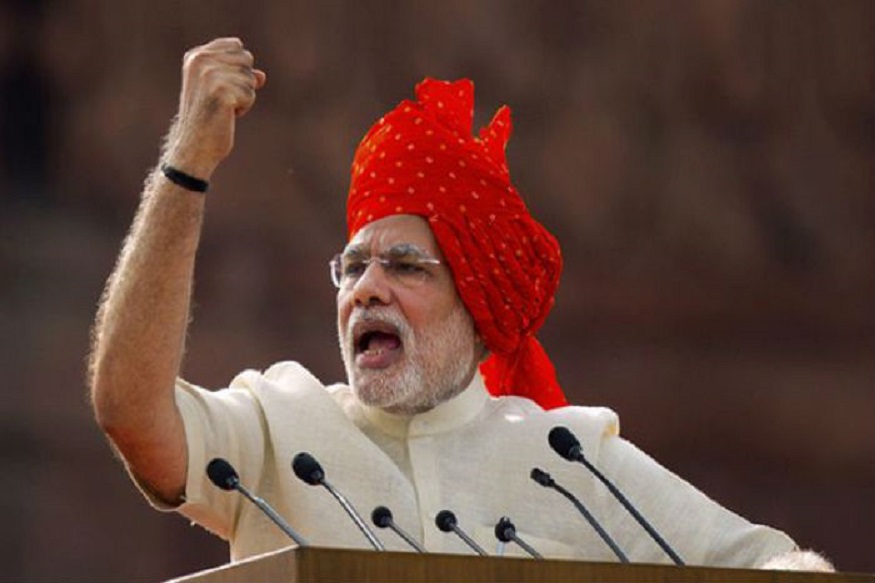 Even as the subcontinent lacks the totalitarian control that China exhibits over its population and its companies, the Modi government has been efficient in spurring the advancement of AI-based research and development. Boasting of the second largest workforce in AI worldwide after the US, India seems to be utilising government policy to its advantage.

As mentioned by a report released by Niti Aayog, a two-tiered structure was planned to build AI strength in India. This would be represented by the CORE (Center of Research Excellence) driven by the government and universities to drive research, and ICTAI (International Centers for Transformational AI), which would be pushed by the private-sector for application-based research.

The report painted India as the AI “garage for emerging and developing economies”. The budget for the government’s umbrella initiative to promote AI, machine learning, 3D printing, and other technologies, was almost doubled to ₹3,073 crore last year. This has since driven the growth of a string of private, nonprofit and government efforts to serve societal problems in India through the utilisation of AI. While other global superpowers look to deploy AI to solve service-based problems, India wants to use it to solve the problems ingrained in society.

The report, titled ‘National Strategy for Artificial Intelligence’ aimed to focus on five key sectors for the development of AI. These were healthcare, agriculture, education, smart cities & infrastructure and smart mobility and transportation. The focus of this policy is AI for social and inclusive growth.

A few instances have already popped up, as seen in Andhra Pradesh. Here, Microsoft is working with the state government to predict dropout rates in government schools using granular data and Machine Learning methods. Similarly, Microsoft and the International Crops Research Institute for the semi-arid tropics have developed a sowing app that uses AI technology to determine the best time to plant crops for farmers.

Other efforts include making cancer screening and diagnosis far more accessible than it is currently, using AI technology. This shows that a tight collaboration between companies, government, nonprofits, and universities is key to effectively harnessing AI for India’s problems.

The report also proposes an umbrella organization that will be in charge of delivering AI policies for the country, which will also be in charge of securing partnerships and moonshot ideas.

India consolidates its efforts in AI

Indian ecosystem seems to be scrambling to make up for lost time, as companies have begun to establish AI labs and invest in the technology. Research has found that around 58% of the companies in India have already begun utilising AI technology at scale. Major companies such as Accenture, Adobe and more have begun dedicating most of their innovation centers for AI development in India. A report by Intel found in 2018 that 70% of all organization have either adopted or have plans to adopt AI technology in the next 18 months.

Indian telcos Bharti Airtel and Reliance Jio have started research into AI through setting up AI labs. Global corporations such as NVIDIA, Microsoft, and Google have also recognised the large number of human resources available in India, setting up R&D labs in India. Infosys, Wipro and other such IT giants have begun delving into the investment side of the AI market, making equity investments in many AI-based startups. This movement shows that companies are beginning to realise the advantages of AI technology over the existing solutions. This will offer them a weapon to utilise in today’s hyper-competitive business scenario, thus incentivising further research by India.

Companies might be facing unique problems relating to the deployment of AI technologies in India. The high initial cost of implementing AI-based solutions is primary among them, with lean startups being unable to afford them. Moreover, there are multiple legal and privacy-related implications of utilizing citizen data that are not present in China.

Notwithstanding cybersecurity concerns, there is a severe lack of a clean data repository in India. Due to most records still being restricted to paper-based forms, the rise of AI is severely hindered. However, a solution might present itself in the form of Aadhaar, which over 99% of India’s population has signed up for. With around 1.19 billion records in its database, the increased adoption of Aadhaar might provide a base for the government to train any ‘in-house’ algorithms.

However, companies continue to use the technology for their purposes, as seen with State Bank of India announcing their plans of using AI for its YONO platform. E-tailers Flipkart and Snapdeal are also utilizing ML and AI for increasingly personalized recommendations and supply chain network optimization.

The future also looks bright, with over 30% of companies planning to expand their AI budgets by over 10% in the coming months. Moreover, financial allocation under the Atal Innovation Mission will fund the government’s AI programme on a nationwide scale.

While China seems to be approaching the problem with single-minded determination, India seems to be on its feet after a period of floundering. The high number of AI-specialised workers in India, combined with interest by the government and bigger tech giants from abroad might give it a boost. However, China has all the cards in control of the administration, allowing for a much more fine-grained control of how the situation unfolds.

The neighbors seem to be engaged in a head-to-head competition to take the crown of the Fourth Industrial Revolution away from the US. Even as collaboration between the two will help the research towards AI greatly, such a partnership seems unlikely as the powerhouses churn out advancements in technology individually.