Python going strong at 31, but we might never see v4.0 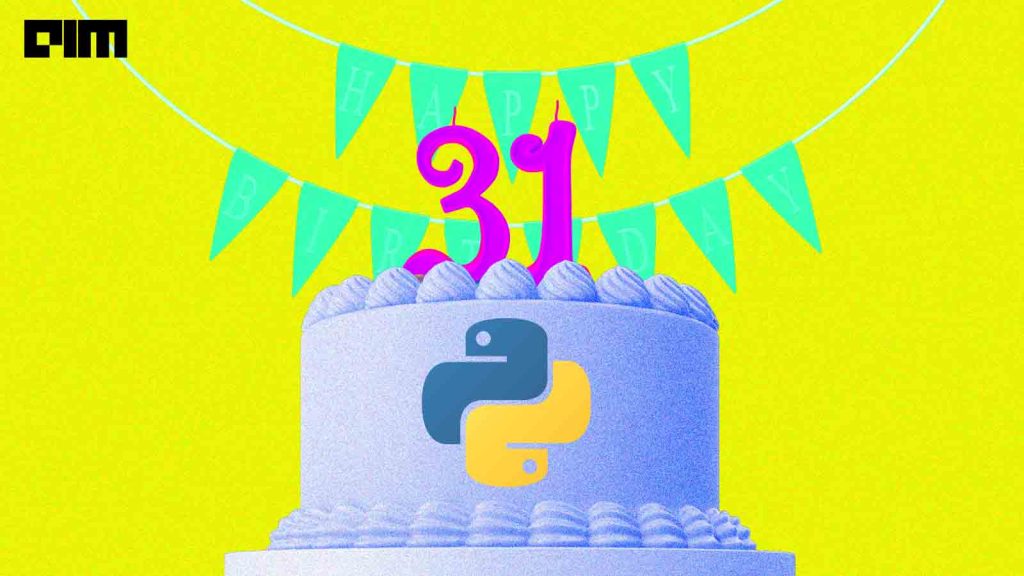 “Better database access modules, an integrated development environment, more documentation and more users, of course,” is what Guido van Rossum, creator of Python programming language, had to say about the programming language in a 1998 interview. Rossum’s words have clearly turned into reality over the course of 31 years since Python’s first release in 1991.

Python has consistently been the top choice for data scientists and developers for several years now. It has a vibrant and resourceful community supporting it as well. It has stood the test of time and continues to enjoy massive loyalty across the globe. A few days back, Python won the prestigious TIOBE Programming Language of the Year award for the second time in a row for 2021.

Even in Stack OverFlow developer survey of 2021, Python was the third most popular language, with JavaScript topping the list and HTML/CSS securing the second position.

It all started in Netherlands

In an interview, he talks about how Python came into existence. He says, “I created Python while I was working in the Netherlands. I got a nice job as a programmer at a place called Centrum Wiskunde & Informatica CWI) which is a research lab funded by the government doing advanced math and computer science research. My first job was on a team that worked on a programming language named ABC, and it was a super interesting project.”

Although interesting, the ABC project tanked and Rossum moved on to other projects at the same place. Among them, the most significant one was Amoeba, a distributed system that was being built collaboratively by CWI and one of the universities in Amsterdam.

Rossum adds, “At some point, I realised that every application we had to write in for Amoeba is either a Shell Script or a C program and I found that there were downsides to either of those. I wished there was a third language in the middle of those that felt like a genuine programming language on the C side but was more concise in an expression like a shell script.”

In January 1994, the first version of Python 1.0 was released. It included many new features such as filter, reduce, map, lambda, among others. Around six years later, Version 2.0 was released. It came with a variety of new features like cycle-detecting garbage collector for memory management and Unicode’s support. In 2020, Python 2 was discontinued.

In December 2008, Python 3.0 was released. Python added, “Python 3.0 is a new version of the language that is incompatible with the 2.x line of releases. The language is mostly the same, but many details, especially how built-in objects like dictionaries and strings work, have changed considerably, and a lot of deprecated features have finally been removed.”

All versions of the Python programming language that have been released are here.

In the middle of 2000, Rossum and the Python core development team moved toBeOpen.com to form the BeOpen PythonLabs team. In 2001, we saw the formation of the Python Software Foundation to own Python-related intellectual property.

Van Rossum was known as Python’s Benevolent Dictator for Life (BDFL). In 2018, he stepped down from that role. He wrote, “I would like to remove myself entirely from the decision process. I’ll still be there for a while as an ordinary core dev, and I’ll still be available to mentor people — possibly more available. But I’m basically giving myself a permanent vacation from being BDFL, and you all will be on your own.”

In an interview with Microsoft Reactor in 2021, Van Rossum was asked if Python 4.0 would see the light of day. To this, he said, “I am not thrilled about the idea of Python 4.0, and nobody in the core development team is as well. Probably there will never be a 4.0.”