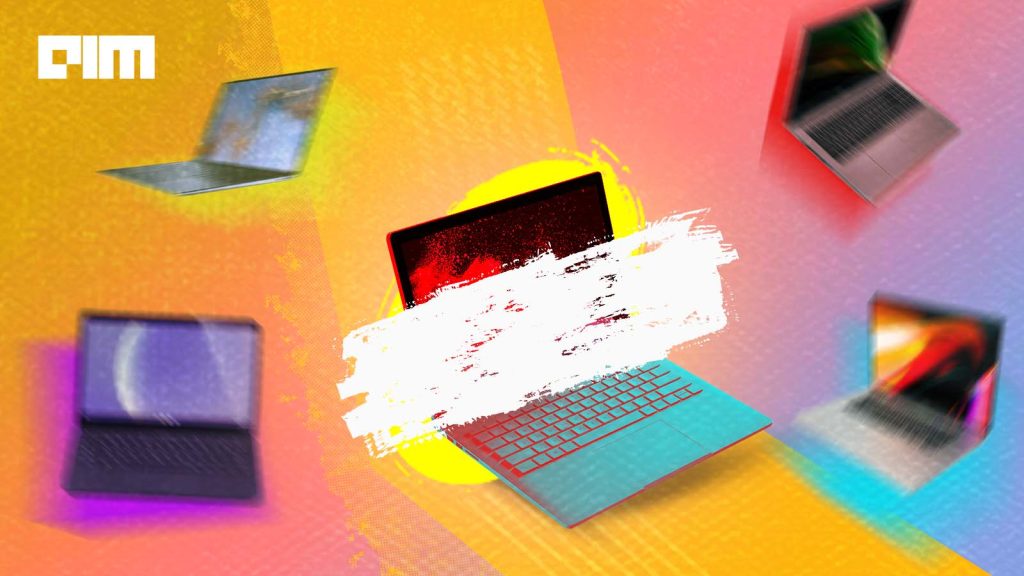 For Python programming, laptops should have a longer battery life, faster processors, large screens, a powerful hard drive, a solid keyboard, and more VRAM. Python is a very popular programming language that is used all around the world—it’s easy to see why it is particularly so in 2022. It is able to communicate in English, allowing it to carry out simple tasks with minimal bother and effort. Python is utilised on a broad range of platforms and operating systems around the world, as well as with software applications, and not every laptop is capable of providing what it requires. The laptops listed below are some of the best for Python programming.

The MacBook Pro 2021 has a powerful processor, plenty of RAM, and a speed that is unmatched by most laptops in the market. The computer, despite its size of 16 inches, feels light and portable. This laptop is known for its top-notch display, powerful speakers, and speedy keyboard. It is ideal for a variety of applications, including programming, design, art, and student life. It has a 9th-generation Intel Core i7 – i9 processor and AMD Radeon Pro 5300M – Radeon Pro 5500M graphics card, as well as 16GB – 64GB of RAM. It features a 16-inch Retina display and 512GB – 8TB SSD storage.

The Google Pixelbook Go is the best Chromebook money can buy right now, and it also doubles as a great programming laptop. Cheaper than its predecessor, the Pixelbook, Google’s latest Chromebook, retains many of the luxury features of the original, including excellent battery life and one of the nicest keyboards we’ve ever used on a laptop – a crucial consideration when looking for a laptop to programme on. Sure, it doesn’t run Windows 10; instead, it runs Chrome OS, but for most programmers, especially web developers, that won’t be an issue. This laptop can also run Linux, making it an even more versatile programming workstation. It features exceptional specs for a Chromebook, guaranteeing that Chrome OS operates smoothly, putting it on a level with many of the more costly Windows laptops and MacBooks.

Another wonderful Dell device with a solid build is the Dell XPS 15 9500. It has a 10th generation Intel Core i7 processor for added speed. The trackpad and keyboard are praised for their responsiveness and ease of use. Furthermore, this powerful laptop can be charged for up to 12 hours of battery life. It has an NVIDIA GTX 1650 Ti graphics card and a screen that is Ultrasharp 4K Ultra HD. It has a total of 6GB of DDR4 RAM.

The Microsoft Surface Book 2 is a fantastic option for any coders out there, as it is one of the most powerful 2-in-1 laptops available. After all, it has components capable of handling almost anything you can throw at it, even some light gaming in your spare time. There’s a 15-inch option with beefier components and a higher price tag if you want a bigger screen. The specifications involve – CPU: Intel Core i5 – i7, Graphics: Intel HD Graphics 620 – Nvidia GeForce GTX 1050, RAM: 8GB – 16GB, Screen: 13.5-inch 3,000 x 2,000 Pixel, Sense Display with touchscreen, Storage: 256GB, 512GB, or 1TB PCIe SSD.

Acer is a well-known brand in the computer business, and this laptop provides excellent value for money. It’s perfect for python programming and has a fair price tag. The processor is an Intel Core i5 with a clock speed of 1.6 GHz. With 8GB of RAM and 256GB of SSD memory, the Acer AspireE15 can effortlessly handle programming software. An NVIDIA GEFORCE MX150 GPU is also included. It’s a great contender for being one of the best laptops because it boasts an NVIDIA GEFORCE GPU. It also boasts a 15.6-inch HD display and a lighted keyboard.