Should India Take A Leaf Out Of China’s AI Playbook? 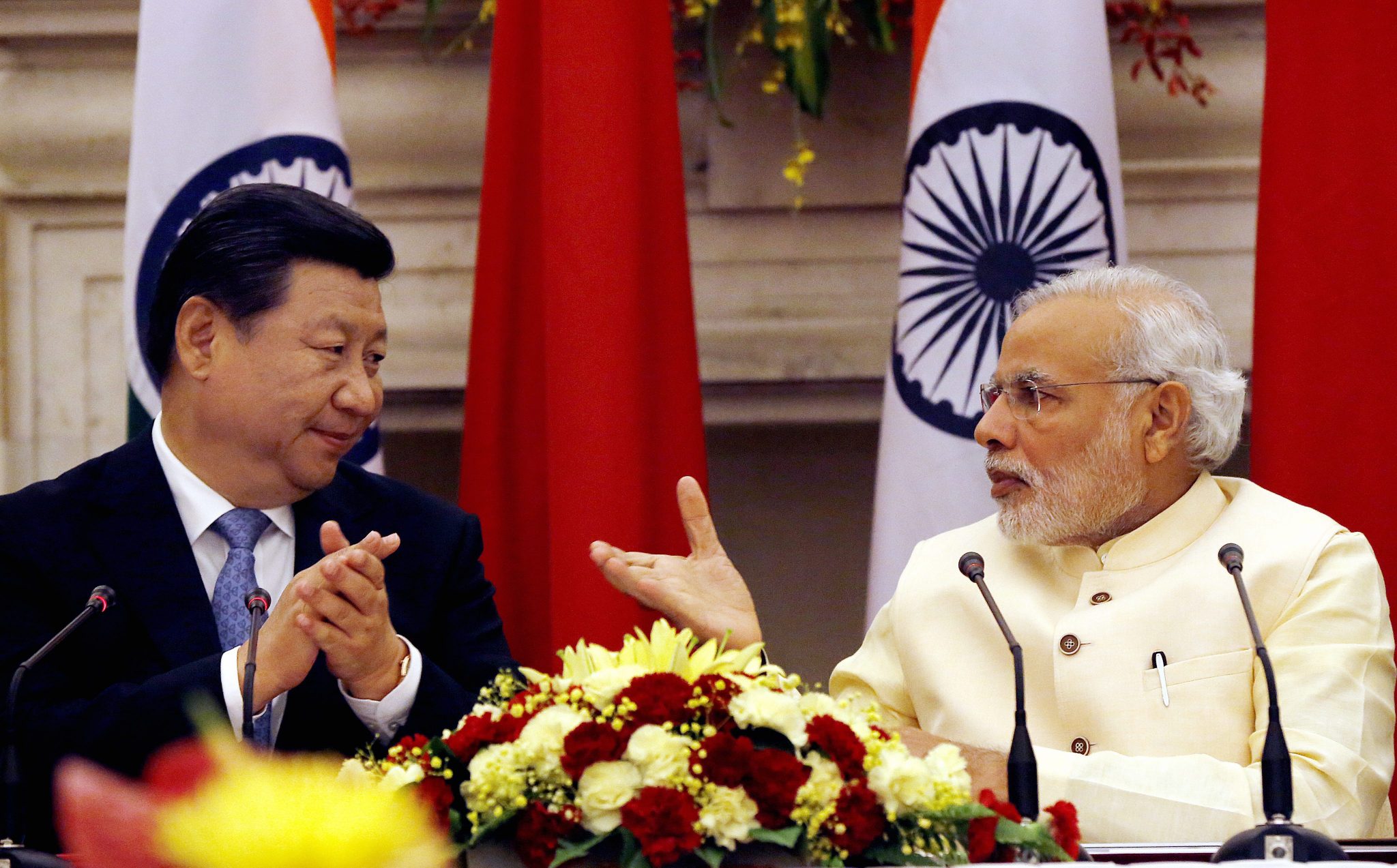 India and China are in logger-head to capture the leadership of the emerging nations and though it has surpassed China to regain its status as the world’s fastest-growing major economy but India has miles to go before it seriously challenges Chinese leadership in terms of AI.

When it comes to AI, machine learning and data analytics, Beijing is a way ahead of India. It has become one of the leading global hubs for AI development. No country is moving faster than China in harnessing the artificial intelligence to power its industries. Today China has more data than anywhere else in the world.

China now boasts about home-grown IT talent to develop its own technologies without seeking help from outside. On July 2017, China said it expects to become the AI superpower by 2030. Xi Jinping-led government is investing billions of dollars in AI. On the other hand, Chinese companies are not only pouring money into AI startups in Silicon Valley but also heavily investing in local AI development.

The country is using artificial intelligence and facial recognition technology in a wide range to monitor its citizen as they travel or shop and even use toilet papers. The country has built the world’s largest video surveillance network with millions of cameras that are capable of automatically identify people’s basic information within seconds.

There are 170 million surveillance cameras in China and by 2020, the country hopes to have one camera for every two citizens.

At the same time, the country is also building the world’s’ most powerful facial recognition system with the power to identify any one of its 1.3 billion citizens within three seconds. The big data surveillance is used by police and private companies to track its citizen’s movement, predicting crime and boosting national security.

The introduction of facial recognition software has been made possible due to country’s massive database of citizen’s ID photos. Chinese companies can freely tap into the data of China’s 750 million internet users, match their personal IDs and photos to train facial recognition algorithms and other neural networks. Major businesses and tech companies have also adopted facial recognition technology in retail, travel and banking sectors. With a smile to a camera, people can pay for a meal at a KFC outlet, travellers can board planes, students can enter their university halls, drivers can fill their car or bike at petrol station, customers of China Merchants Bank can withdraw money without using their bank cards and shoppers can enter Hotan bazaar in Xinjiang.

China facial recognition could surpass other personal identification methods that are used to make payments, claims a report.

Given its 1.42 billion population and diverse industry mix, the nation can generate huge volumes of data and provide an enormous market. Not only the nation’s biggest tech companies are making significant R&D investments in AI but the government have also made AI-enabled education a national priority. Education startups are increasingly looking to AI to upend traditional classrooms and provide higher quality education. For children in rural areas, China’s Education Ministry has directed government at all levels to spend 8 per cent of their annual funding on digitalisation of education.

To further its ambitious plan, the country is planning to build a $2.1 billion technology park for high-speed big data, cloud computing, biometrics and deep learning. It will also have 5G mobile internet, supercomputer and cloud services. It will be a home to around 400 businesses and is expected to create an annual output of about 50 billion yuan. It will also include a national-level artificial intelligence lab.

To have a military edge over US, China’s People’s Liberation Army has started investing in an AI-related project. Reportedly, Chinese military boffins are incorporating AI into their latest cruise missiles. A senior designer from China’s Aerospace and Industry Corp said that they are planning to adopt a ‘plug and play’ approach in the development of new cruise missiles, which will enable our military commanders to tailor-make missiles in accordance with combat conditions and their specific requirements.”

China’s heavy investment in AI can contribute to its economic growth as well. According to an Accenture report, AI has the potential to add as much as 1.6 per cent points to China’s economic growth rate by 2035. PricewaterhouseCoopers projected that by 2020 AI will give a $15.7 trillion boost to global GDP and China will be the biggest beneficiary, with 26 percent added to its national GDP.

As China is making a rapid progression in the field of artificial intelligence and machine learning, it is imperative for India to heavily invest in the technology and view AI as the critical element for country’s development. The story of China’s internet giant Baidu holds the most important lesson for India, which has successfully developed an AI-powered search engine on its own.

Baidu is investing heavily in deep speech for voice-based searches that leverage speech recognition. The AI in Baidu understands and interprets queries in Beijing dialect mandarin rather than English. Baidu’s heavy investment in AI-related research exposes the lack of India’s technological infrastructure.

China has recognized the importance of cultural infrastructure, which bridges the gap between the lab and the market. India should not only recognize the importance of the cultural institutions required for such innovation but also requires an ecosystem of high-tech product industry that focuses on research and innovation, which will strength our AI talent pipeline and help India take the lead in cutting-edge AI innovation.

India offers the same advantages as China in terms of data (over 99 percent of Indians aged 18 and above have Aadhaar)  but the major drawback is that India doesn’t have its own tech giants like Baidu or Google that can use the data to build a credible AI system.

How India Can Evolve

Indian IT industry has to figure out how it will evolve in AI-driven market. They need to rethink their old business model and focus more on transformational IT services. They should train a whole set of students to think independently and take new challenges. As rightly said by Niti Aayog CEO Amitabh Kant, “India needs massive upgradation in new technologies. IITs and IIITs must redefine themselves as institutes driving cutting-edge technologies for fourth industrial revolution.” He also said, “India must realign education system to emphasise skills rather than mere degrees. We must move away from the Anglo-Saxon system of education with an emphasis on academic degrees, toward hands-on learning in practical subjects.

Additionally, Indian colleges should partner with the IT industry to introduce artificial intelligence and machine learning concepts or create vocational courses. Within companies, HR and learning departments should motivate people to take up AI courses while they are off projects.

On a Concluding Note

Though the country is lagging behind in the AI innovation, but experts believe that India has an opportunity to create a locally designed AI plan that would work for its need and help nurture world-dominating companies. “India could have a very large role to play, all the pieces are in place, it has a great opportunity, and is up to India to either succeed or fail. I have seen some promising ideas from India in the area of healthcare, education, but a lot of hard work has to be done in building the technical capability because AI products require high levels of accuracy,” Andrew NG said in a report.

Despite Modi government’s push for artificial intelligence, in order to get anywhere close to competing with the global power, both AI industries and research in India will need a big boost. Amitabh Kant rightly said in a report that, “We must initiate measures to ensure that Indians are fully prepared to embrace the new era of AI, blockchain and emerging technologies. And this requires a new mindset. Our policies must drive this change.”